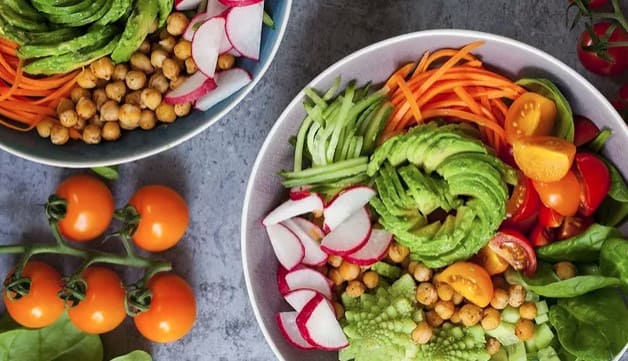 A number of people have been able to regain their health with the raw food diet. Officially, however, it is said that raw food nutrition is malnutrition. Is the raw easter diet healthy or rather risky?

What is a raw food diet?

Most raw food forms are predominantly vegan diets. However, some people can easily eat raw dairy products, raw eggs, raw fish, and raw meat. Because the main criterion of raw food is that the food should not be heated above 42 to 45 degrees.

Therefore, one cannot basically make any statement as to whether raw food nutrition is healthy or whether it entails risks because it is known that almost every form of nutrition can be made healthy or unhealthy. So if you only nibble a few carrots on raw food, you will of course suffer from deficiencies, but if you practice a wholesome raw food diet, you will soon feel its healing and cleansing effect – not only on the body but also on the mind and psyche.

But what does the study situation on raw food nutrition look like now?

The raw food diet from a scientific point of view

From a scientific point of view, the results on raw food nutrition are not uniform. Most studies are very old and date from the 1990s. Two universities, in particular, have so far dealt with the subject in more detail: The University of Giessen, which determined the negative effects, and the Finnish University of Kuopio, which determined the predominantly positive effects.

According to the universities mentioned, the positive effects of raw food nutrition may include the following:

Potential negative effects of raw food eating can include:

However, in many studies carried out on raw food nutrition, it was not pure raw foodists that were analyzed, but people who e.g. B. lived on at least 70 percent raw food. So you can’t necessarily extrapolate the scientific results to a 100 percent raw food diet.

Also, the above list of negative effects does not mean that each of the subjects suffered from it. For example, a study by the German Institute for Human Nutrition from 2005 showed that of 201 people (who lived 70 to 100 percent on raw food) showed that 38 percent had a vitamin B12 deficiency and 12 percent had signs of anemia (low blood count). so not all subjects had corresponding deficiencies. The figures from the normal eating population also look worse in some cases.

A Swiss study found that up to 23 percent of women of childbearing age who eat normally suffer from an iron deficiency, which can lead to anemia.

A vitamin B12 deficiency is also frequently observed in the normal eating population, as we have already explained here. Since you can easily prevent a B12 deficiency as well as a low omega-3 level with a dietary supplement, this is not an unsolvable problem. On the contrary. People who eat a normal diet would basically have to take a lot more food supplements in order not to suffer from deficiencies, e.g. B. magnesium, folic acid, antioxidants, vitamins B12, C, D, and E, and fiber.

How does raw food affect the immune system?

As early as 1990, a summary by two doctors (Gaisbauer, Langosch) on the effect of raw food on the immune system was published in the specialist magazine “Forstufen der Medizin”. It says:

“Uncooked food is an integral part of human nutrition and a necessary requirement for a healthy immune system. Its therapeutic effects are complex and a variety of effects of raw food and its components on the immune system have been documented. These are antibiotic, antiallergic, antitumor, immunomodulatory, and anti-inflammatory effects. Raw food can therefore be a useful adjunct to drugs in the treatment of allergic, rheumatic, and infectious diseases.”

The above-mentioned study by the German Institute for Nutritional Research also examined the effects of a predominantly raw food diet on blood fat and cholesterol levels.

The triglyceride levels can therefore be optimally influenced by raw food. The LDL level was also increased in only a few participants. Almost half had low HDL cholesterol. For a long time, it was considered “good” cholesterol, but now people are doubting it so that a low HDL level – especially when it is present together with a low LDL level – is more of a positive thing.

How does raw food affect vitamin A, vitamin E, and carotenoid supply?

Vitamin A and carotenoids are vital substances that can make a significant contribution to the prevention of chronic diseases. They strengthen bone health, are important for healthy mucous membranes, protect against some types of cancer and ensure healthy eyes.

198 raw food supporters from Germany took part in a cross-sectional study (Giessen, 2008). On average, they consumed 1.8 kilograms of fruit and vegetables per day. It found that 82% of the subjects had normal vitamin A levels, 63% had higher-than-average levels of beta-carotene, and oddly enough, 77% had lycopene levels that were below normal.

In the study from 2000 presented below (on rheumatoid arthritis), however, a significantly higher value of carotenoids was found in the vegan raw foodists compared to the normal eaters, e.g. Alpha and beta carotene, lycopene, and lutein. The lower value measured in Giessen does not seem to be a typical consequence of raw food nutrition.

As early as 1992, an interesting Finnish study was published that compared two groups: one group ate raw food, and the other ate the same thing, but before eating it was microwaved for 2 minutes. After a week, vitamin A and vitamin E levels had increased in the raw food group. Not in the microwave group.

Oxidative stress and free radicals are known to be THE contributors to every disease. So-called antioxidants, in turn, help to reduce oxidative stress and thus the risk of disease. Antioxidant substances are in particular vitamins, minerals, trace elements, and phytochemicals.

A study from 1995 wanted to find out how the antioxidant content of the food in long-time raw food vegans compared to normal eaters and how the food then also affected the antioxidant status of the people. The result looked like this, with RDA describing the recommended daily allowance (Recommended Daily Allowance):

Omega-3 fatty acids are often in short supply in today’s diet. What about raw food nutrition in this regard? A 1995 study compared the composition of the diet and blood of longtime raw-food vegans and normal eaters in terms of fatty acid profile.

In a much more recent study (2010), however, it was found that the omega-3 level in the blood of vegans was not noticeably lower than that of normal eaters. However, in this study, it was not raw foodists, but vegans who also ate cooked food.

We have already explained here how you can cover your omega-3 needs with a vegan diet (whether raw food or not).

A study (1999) at the University of Giessen examined the connection between a strict long-term raw food diet and body weight and possible amenorrhea, i.e. the absence of a period.

216 men and 297 women, who had been raw foodists for an average of 3.7 years, took part in this study. Since the beginning of their diet change to raw food, the men had lost 9.9 kilograms in weight, the women 12 kilograms. It was ultimately below the normal range for 14.7 percent of men and 25 percent of women, indicating underweight.

In addition, 30 percent of women under the age of 45 showed signs of amenorrhea, which was more likely the higher proportion of raw foods in the diet. Consequently, the scientists advised against a raw food diet at the time.

Here, however, it would have been interesting how exactly the raw food diet of the test persons was composed. Because with a full-fledged raw food diet, you can at best lose weight up to normal weight, but not beyond that. Of course, the calorie intake must be adjusted to the needs, but this is the case with every diet.

Two years earlier, the Giessen researchers had already conducted a survey among raw food vegans. This study also found that between a quarter and a third were underweight. The supply of vitamin B12, vitamin D, zinc, and calcium is also insufficient, while the intake of vitamin C and other antioxidants is above average.

We have explained here how you can also get a good supply of calcium with a vegan diet. Vitamin D is best taken through exposure to the sun or through a dietary supplement, since foods – including animal foods – contain very little vitamin D. Only mushrooms could help here, namely if you put them in the sun (see BMI).

In 1999, the Giessen researchers also examined the effects of raw food nutrition on dental health. Participants were 130 raw foodists who had been eating raw for an average of 3.5 years.

Compared to the normal eating control group, the raw food eaters had significantly more tooth erosion. However, the raw foodists examined in this study also ate an above-average number of citrus fruits, namely almost five times a day. It, therefore, seems to have been mainly fruit-raw foodists. Nowadays, however, a raw food diet is so varied that you certainly don’t reach for citrus fruits that often.

Is raw food good for your bones?

It is often claimed that the raw food diet does not provide enough calcium or vitamin D to keep bones stable over the long term. A 2005 study seems to confirm this. It compared 18 raw-food vegans between the ages of 33 and 85, who had been eating raw food for an average of 3.6 years, with normal eaters. BMI, bone density, bone turnover markers, and vitamin D levels were measured. It turned out that the raw vegans had a significantly lower bone density.

However, the vitamin D level was okay and there were no typical signs of osteoporosis, so the bone metabolism was extremely healthy. These results suggest that bone mineral density may not necessarily correlate with the risk of osteoporosis, at least not in raw eaters.

Is raw food good for the psyche?

Raw food is good for the psyche, which even scientists have found out. Those who eat a lot of raw food are less likely to suffer from mental disorders such as depression.

Raw food: yes or no?

Raw food nutrition can therefore be a very healthy and healing diet, but of course – as with any diet – care must be taken to ensure a good all-around supply of all nutrients and vital substances. It is also important that the raw food is eaten very slowly and chewed thoroughly so that the body can use vital substances.

Since many foods that you are used to from cooked food and that provide plenty of calories, such as bread, pasta, potatoes, and legumes, are automatically eliminated, vegan raw food nutrition means getting to know new things that you can integrate into your diet instead of the usual foods. e.g. B. 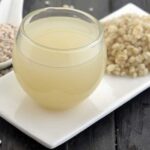 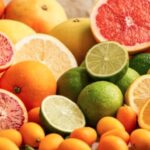