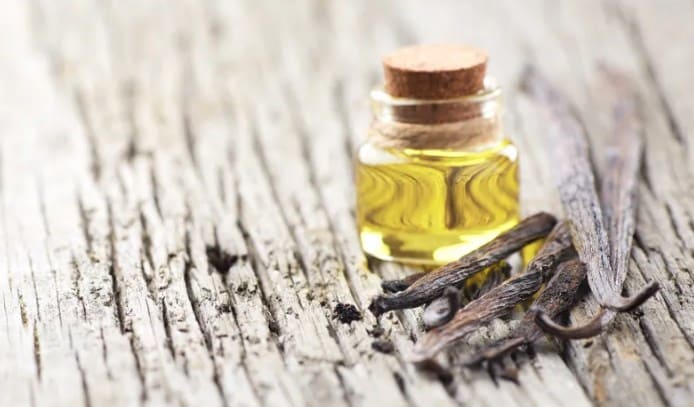 Vanillin is a natural component of vanilla but is also a popular flavoring in the food industry. Today, vanillin can be described as a “natural flavor” even if it doesn’t come from the vanilla bean. Find out whether this vanillin is healthy or not here.

Vanillin and vanilla – are two terms that we often come across on supermarket shelves and sound confusingly similar. While vanilla comes from the pods of various types of orchids, vanillin is just an ingredient in vanilla.

However, the aroma of this ingredient is so popular that its demand in the food and cosmetics industries has long since fallen short of being met by the vanilla crop. In fact, vanillin is the most commonly used flavoring agent in the world and is therefore almost exclusively produced artificially. Only 3 percent of the available vanillin still comes from the vanilla pod – the rest is the much cheaper industrially produced vanillin.

Vanilla flavor can now be found in almost every sweet finished product, e.g. Am:

chocolate and other sweets

In addition, vanillin is also used in the following products:

The decisive factor for the success of the vanilla flavor was the discovery that vanillin cannot only be obtained from vanilla.

The discovery of artificial vanillin

In the 19th century, two German chemists noticed that the sap of pine trees (so-called conifers) smelled intensely of vanilla when it came into contact with oxygen. In 1874 they finally succeeded in isolating vanillin from coniferin, a natural substance from the sap of these coniferous trees. One of the two chemists then set up a vanillin factory in Germany, laying the foundation for the synthetic production of flavorings.

So the search for other manufacturing options continued: Eventually they came up with guaiacol and lignin – both components of wood. However, the vanillin from guaiacol had an unpleasant chemical aftertaste and the vanillin from lignin smelled like old paper—both were considered second-rate. Despite this, the methods are still used today to obtain vanillin, but no longer in the food industry.

Another synthetic route started from eugenol, a substance that z. B. is contained in the essential oil of the clove – this manufacturing process is also used to this day. The vanillin from eugenol produced satisfactory results and finally called the first competing companies onto the scene.

One of these competing companies patented “ethylvanillin”. Ethylvanillin is produced in a similar way to vanillin, except that instead of guaiacol, guethol is used as the starting material. Ethylvanillin has a chemical structure similar to vanillin but does not occur naturally (although it was claimed otherwise at the time). So it can only be produced synthetically. The substance tastes about three times more intense than vanillin, which is why it is still used today in the perfume, tobacco, cosmetics, soap, and food industries.

After many foreign spices became scarce during the First World War, there was a veritable boom in artificial substitute flavorings that were manufactured in Germany. The Second World War reinforced this development by increasingly relying on domestic production. This led to vanillin becoming the norm instead of vanilla. It was only later that consumers began to question the flavoring of foods.

Finally, in 1959, the “Essence Ordinance” was passed, which created a legal framework for the flavoring of foods. The Essence Ordinance laid the foundation for today’s mandatory labeling of additives. At that time, flavors were classified as “natural”, “identical to nature” and “artificial”:

However, with the emergence of the eco-movement, the nature-identical and artificial flavorings became increasingly unpopular among the population, because the “nature-identical” substances are also produced artificially.

So new methods of producing vanillin were developed. At the end of the 1990s, vanillin was produced biotechnologically for the first time, i.e. with the use of microorganisms or enzymes.

Through lobbying, the flavoring industry ensured that this biotechnologically produced vanillin could also be declared “natural” – i.e. it was on an equal footing with the natural vanillin from vanilla beans since the raw materials are of natural origin (rice bran).

Further lobbying led to the terms “artificial” and “nature-identical”, which were unpopular among the population, being completely abolished – because the demand for natural products continued to rise. To this day, vanilla flavoring in foods is therefore declared as follows:

Consumers are being misled

Products with vanilla used to be recognized by the small black dots that come from the core of the pod. Today, these dots are also added to products with artificial vanillin to suggest that they contain vanilla. However, this is only the ground shell of the vanilla bean and not the vanilla pulp.

You do the same with the color of vanilla pudding, vanilla ice cream, and Co. These products are often yellowish, but not because of the vanilla (which is known to be black), but because they used to contain egg yolk to make them creamier. This led to many consumers today still associating vanilla with a yellow color. The food industry, therefore, likes to color these products yellow – even if they no longer contain egg yolk and anyway not real vanilla – with the aim of making consumers believe that they contain vanilla.

Debate: Is Vanillin harmful or healthy

Finally, the question arises to what extent artificially produced vanillin and vanillin in vanilla differ, apart from the taste. Because synthetic vanillin used to be considered harmful. In 1986, the Advisory Board for Environmentally Relevant Existing Substances (BUA) of the Society of German Chemists had given the substance the highest hazard rating of +3. It has been classified as “carcinogenic or mutagenic in vitro or in vivo, or causing DNA damage or chromosomal abnormalities”.

Today, vanillin — whether naturally present in vanilla or man-made — is generally considered safe. In addition, numerous studies have since appeared that show that vanillin has a positive effect on health. It is said to be antioxidant and anti-inflammatory, boost brain power and even have anti-cancer properties. For more information, see our article on vanilla.

Vanilla is healthier than artificial vanillin

Ultimately, a product from Mother Nature – i.e. vanilla – always has a better effect on health than an isolated individual substance, because the natural product consists of many other health-promoting plant substances that play a role in the body and influence each other. Products with artificial vanillin are also often manufactured as cheaply as possible and contain large amounts of sugar.

Therefore, it is better to use products with vanilla, even if they are more expensive. In the paragraph “Debate: Vanillin harmful or healthy” you will find a link that shows tips on how to use vanilla beans several times, how to make your own vanilla sugar, and also your own vanilla powder and vanilla extract. 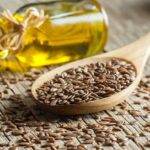 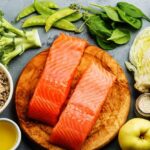