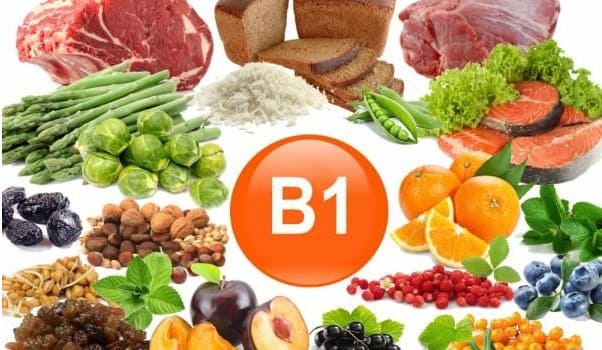 Vitamin B1 (also called thiamine) takes special care of the nerves, brain, and energy metabolism. Vitamin B1 can be used therapeutically in diabetes, Alzheimer’s, and heart failure.

Vitamin B1 is one of the water-soluble vitamins along with many other B vitamins and vitamin C. Therefore, it can only be stored in small amounts in the body (about 30 mg, mostly in the liver) and should be supplied daily with food or with food supplements. If this is not done, or if there are factors that make it difficult for the vitamin to be absorbed from the intestine (alcohol, some medications, etc.), the supplies are exhausted after two to three weeks and the first symptoms of a vitamin B1 deficiency slowly appear.

The tasks and functions

Energy metabolism: Vitamin B1 plays an important role in the body’s energy metabolism. It serves as a so-called coenzyme for five enzymes that are involved in glucose, amino acid, and fat metabolism. Without vitamin B1, these five enzymes would not be able to do their jobs. Vitamin B1, therefore, helps to produce energy from food. Thus, the vitamin is of course also involved in all cell functions, healing processes, growth processes, muscle activities, etc.

However, the vitamin B1 requirement in glucose metabolism is relatively low, so probably even large amounts of sugar cannot lead directly to a B1 deficiency (as long as you eat other foods), but of course, they damage the body in many other ways.

Collagen formation: Vitamin B1 is also involved in the formation of collagen. Collagen is a protein necessary for healthy skin, hair, bones, cartilage, and ligaments. A lack of vitamin B1 can lead to delayed wound healing, increased wrinkling, etc. If there are bone, skin, or joint problems, a good vitamin B complex should always be part of the therapy.

The recommended intake of vitamin B1 per day is:

Foods with vitamin B1

The best sources of vitamin B1 include whole grains, legumes, nuts, seeds, and vegetables. Since we recommend a plant-based diet and this is very good at supplying you with vitamin B1, we do not list any animal-based foods. Below you will find a selection of foods that are particularly rich in vitamin B1.

The absorption of vitamin B1 in the body

Vitamin B1 is normally absorbed (entered into the bloodstream) in the small intestine via active transport mechanisms. The usual small amounts of vitamin B1, which normally cover human needs, can be absorbed via these mechanisms. When taking higher doses, e.g. B. during vitamin B therapy or higher doses of food supplements, however, larger amounts can also be absorbed via what is known as passive diffusion.

The amount of vitamin absorbed also depends on the supply status of the respective person. The poorer a person’s supply of vitamin B1 is, the more vitamin B1 can be absorbed, since the corresponding transporter molecules in the cell membranes of the mucous membrane of the small intestine are then particularly active.

The absorbed vitamin B1 reaches the liver via the portal vein, from where it is distributed to those parts of the body that report a B1 requirement. In order for vitamin B1 to work, it must first be converted into an active form by certain enzymes in the cells.

It is often claimed that there is hardly any vitamin B1 deficiency in today’s world and in industrialized nations, and if there is, then this only affects alcoholics. The reason for this statement, however, is that only alcoholics are assumed to have a vitamin B1 deficiency, and only then is it actually checked whether there is a deficiency. For all other people – no matter what symptoms they have – the corresponding diagnostics are not carried out in the first place. A deficiency in these people cannot be ruled out.

A vitamin B1 deficiency can occur if not enough foods containing vitamin B1 are consumed or absorption is disturbed due to various factors (alcohol, medication, illness) or the vitamin is excreted unused in the urine.

Especially drugs such as B. Diuretics (for high blood pressure or water retention) or some chemotherapeutic agents (e.g. fluorouracil) can lead to a vitamin B1 deficiency, mostly because they lead to excessive excretion with the urine or prevent the formation of the active vitamin B1.

The symptoms of a vitamin B1 deficiency

In the case of a vitamin B1 deficiency, the brain can be affected, which manifests itself in confusion, memory gaps, and difficulty concentrating. Headaches, gait problems, and uncontrolled eye movements can also occur.

There is a general weakness including weakened musculature. The energy production only runs at half speed, so you are tired. The nerves in the arms and legs don’t seem to be working properly anymore, you feel sluggish.

The immune system also reduces its capacity, resulting in increased susceptibility to infections.

Even nausea, constipation, and muscle cramps could be an indication of a vitamin B1 deficiency.

If the heart is also involved, palpitations, shortness of breath, low blood pressure, edema, enlargement of the heart, and heart failure occur. Of course, the latter only occurs in the case of a really serious B1 deficiency. This is called beriberi.

Beriberi manifests itself mainly with peripheral neuropathy (nerve disorders of the extremities with pain and muscle weakness), walking difficulties, tiredness, and general weakness as well as the edema and heart problems mentioned. If given vitamin B1 (injections are often required), the disease can be reversed.

Who is vitamin B1 deficient?

20 to 30 percent of the elderly population also suffer from a vitamin B1 deficiency. A combination of different factors is responsible for this. Elderly people usually eat little or the wrong food and also take numerous medications.

Some studies also showed that diabetics (types 1 and 2) had B1 levels that were up to 75 percent lower than healthy controls.

Additionally, The National Research Council reported that even more than 80 percent of Americans (obese or not) diets do not provide the recommended vitamin and mineral amounts.

In heart failure patients, it has even been shown that 21 to 98 percent suffer from a vitamin B1 deficiency.

Dietary supplement with vitamin B1

Vitamin B1 is rarely taken on its own, but mostly in the form of a vitamin B complex together with the other B vitamins. Because these work closely together they don’t work as well individually as they do together.

Most vitamin B complex preparations contain very small doses, just the dose (1.5 mg) needed to cover the daily requirement. However, if there is a deficiency, one should choose higher-dosed preparations (daily dose up to 100 mg), since higher amounts can then be absorbed via the passive diffusion mentioned above.

Most supplements contain water-soluble forms of vitamin B1, such as thiamine mononitrate or thiamine hydrochloride.

There is also a synthetic and fat-soluble form of vitamin B1: benfotiamine. It is a B1 precursor that is converted to vitamin B1 in the body. Benfotiamine is said to have numerous benefits, such as being much more bioavailable (up to five to ten times higher), leading to higher tissue levels of vitamin B1 faster and at lower doses, and being better stored.

If vitamin B1 is required in conventional medicine, then preparations with benfotiamine are usually given, for example in diabetic or alcoholic neuropathy (nerve damage caused by diabetes or alcohol abuse). Here, benfotiamine protects nerves from further damage and halts disease progression.

The substance is also said to be able to stop inflammatory reactions in the brain and is therefore suitable as an accompanying measure in neurodegenerative diseases such as Alzheimer’s and Parkinson’s.

Are vitamin B1 overdoses possible?

Vitamin B1 can be used therapeutically in adults in doses of up to 300 mg without causing side effects. Only hypersensitivity can cause sweating, tachycardia, and itching. However, this is more likely to be the case with parenteral use (injections) than when the vitamin is taken orally

The correct intake of vitamin B1

Vitamin B1 in the therapy of diseases

It has been proven that vitamin B1 can be used therapeutically in some chronic diseases, e.g. B. in diabetes, heart failure, and Alzheimer’s.

Since diabetics are particularly often affected by a vitamin B1 deficiency, one should think about regular dietary supplements with vitamin B1 if they have diabetes. Studies have shown that taking 150 to 300 mg of vitamin B1 daily reduces blood sugar levels in type 2 diabetics.

In some small randomized trials, benfotiamine (120-900 mg) in diabetic neuropathy was found to reduce symptoms of the neuropathy compared to placebo and also reduced urinary albumin excretion. Albumin excretion is considered a marker of diabetes-related kidney damage.

Vitamin B1 in heart failure

In a 2006 study, researchers found that 33 of their 100 patients, all of whom had heart failure, were vitamin B1 deficient. In a heart-healthy control group, it was 12 percent. If you had excluded those participants who were already taking vitamin B1 supplements, the number of deficiency patients would have been even higher. If you give the respective heart patient vitamin B1, then their condition usually improves significantly.

Vitamin B1 for high blood pressure

Vitamin B1 can help regulate high blood pressure. A six-week dose of 300 mg daily (thiamine hydrochloride) resulted in a small reduction in blood pressure of 2.3 percent (systolic) and 4.3 percent (diastolic), while there was no effect in the placebo group.

Vitamin B1 in Alzheimer’s

Animal studies indicate that a vitamin B1 deficiency could also be involved in the development of Alzheimer’s. For example, a vitamin B1 deficiency leads to increased oxidative stress in the nerve cells and promotes the premature death of nerve cells and the formation of deposits. The usual symptoms of B1 deficiency alone, such as memory lapses, difficulty concentrating, and mental confusion, are reminiscent of dementia. We also know from autopsies that the vitamin B1-dependent enzymes in the brains of Alzheimer’s patients are only slightly active. 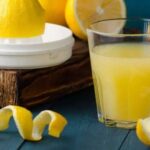 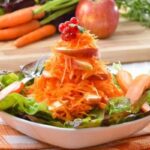