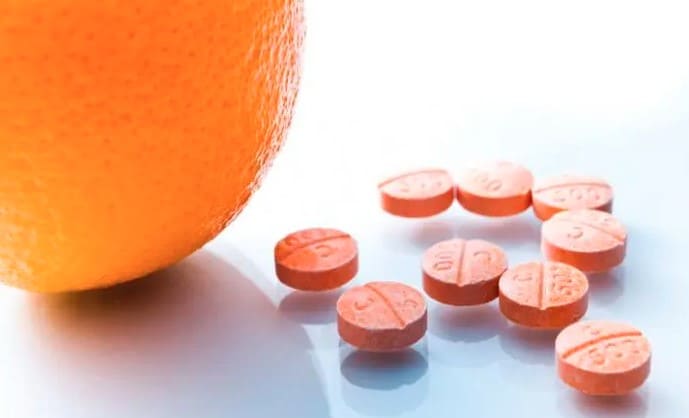 It is well known that vitamin C can protect against cancer. However, the mechanism of this protective effect was still unclear. New Zealand researchers have now discovered how vitamin C can inhibit the growth of tumor cells in the human body.

Half a century ago, the famous scientist and two-time Nobel Prize winner Linus Pauling began his ultimately groundbreaking research into the health effects of vitamin C. In his opinion, unusually high doses of vitamin C were extremely helpful and indispensable, especially for cancer prevention and cancer control.

In recent years, scientists have repeatedly discovered new, highly interesting mechanisms of action of vitamin C, thereby confirming Pauling’s once extremely controversial thesis that vitamin C has healing and protective properties. Now, many years after his death, researchers have discovered how vitamin C might actually stop cancer cells from growing.

“Our research results enable a promising and simple treatment method for our fight against cancer – both in prevention and in the cure,”

said dr Margreet Vissers in a press statement. dr Vissers is an Associate Professor of the Free Radical Research Group at the University of Otago in New Zealand and led an insightful vitamin C study, the results of which were recently published in the journal Cancer Research.

dr Vissers pointed out that the role of vitamin C in the treatment of cancer has been discussed for years. Of course, there are many testimonials that vitamin C has been effective in both preventing and curing cancer. However, evidence for an effective mechanism of vitamin C has so far been scarce.

dr In earlier studies, Vissers had already shown that body cells could remain healthy and productive much more easily in the presence of sufficient vitamin C. This led to the assumption that vitamin C might also be able to curb diseases caused by abnormal cell behavior, such as cancer.

In their current study, Dr. Vissers and her team are therefore trying to find out whether or not the vitamin C level in patients with endometrial tumors (cancer of the lining of the uterus) is lower than in healthy people. In addition, the researchers looked for a possible connection between a low vitamin C level and the aggressiveness of the malignant tumor and its resistance to medical therapies.

dr Vissers discovered that tumor tissue absorbs significantly less vitamin C than healthy tissue. The less vitamin C there is in the tumors, the better the degenerated tissue seems to be, the easier it grows, and the better its chances of survival – while those of the person concerned become worse. It seemed like cancer cells consistently rejected vitamin C. Apparently, the two didn’t like each other very much.

It was striking that tumors that contained little vitamin C also had a larger amount of HIF-1. HIF-1 (Hypoxia-Induced Factor) is a protein that regulates the supply of oxygen to the cell. (Hypoxia means lack of oxygen).

Free radicals apparently did not cause any further genetic damage in tumor tissue low in vitamin C. Instead, they activated the HIF-1 protein there. HIF-1 has a type of helper syndrome. It thinks it has to help every cell that suffers from a lack of oxygen to survive – and in its social enthusiasm, it doesn’t even pay attention to whether this cell might be a cancer cell that could harm the body. So, HIF-1 helps cells convert sugar into energy without an oxygen supply.

Unfortunately, that’s not all: HIF-1 also promotes the growth of new blood vessels around the developing tumor so that the apparently suffocating tissue can soon be supplied with more oxygen again. So HIF-1 does not recognize that this is the tissue that should by no means be supported, but rather fought. Since tumors (in the liver or in the lymph nodes) produce free radicals themselves in order to surround themselves with as much HIF-1 as possible, they can grow faster and faster.

However, vitamin C (and other antioxidants) can nip this mechanism in the bud by scavenging and executing free radicals before they activate the HIF-1 protein. As a result, cancer finds itself in an energy supply bottleneck, can no longer grow, and finally suffocates.

Since the amount of HIF-1 decreases with increasing vitamin C concentration in the tissue, the vitamin C treatment of cancer patients should lead to a significant deterioration in the living conditions of the tumor. The less HIF-1 is present, the more cancer growth can be contained and the greater the chances that cancer will weaken and then respond to therapy. Vitamin C could – according to Dr. Vissers – even prevent the development of solid tumors.

In cancer therapy, vitamin C is usually administered in the form of high-dose infusions (7.5 to 45 grams and more of vitamin C per infusion).

Almost all animals can independently produce vitamin C from glucose in the liver. Humans are an exception here, along with guinea pigs, bats, some bird species, and a few other animal species. Dogs and goats, for example, are said to be able to produce 20,000 mg of vitamin C daily, with this amount of course always depending on the current and individual needs and state of health of the individual animal sways.

In comparison, the 100 mg recommended by the German Society for Nutrition (for adults and 200 mg for adults in stressful situations) sounds a bit pathetic. For this reason, Linus Pauling recommended a multiple of this dose. He himself is said to have taken around 18 g (18,000 mg) of vitamin C for years – and despite his prostate cancer, he was 93 years old.

Anyone who puts their diet together primarily from fresh organic fruits, salads, herbs, nuts, vegetables, algae, and other natural foods, while avoiding processed finished products (vitamin robbers), can ensure a permanently higher vitamin C level than people who rely on the food industry.

However, particularly in times of hardship – when there is stress, the risk of infection, or in the event of illness – an additional supply of vitamin C with vitamin C preparations can be extremely helpful.

The amount of vitamin C actually required varies from person to person. An overdose is almost impossible, as the body signals this very quickly with diarrhea and the dose can therefore be quickly reduced again by the person concerned. The risk of diarrhea can also be reduced by dividing the daily dose into several smaller individual doses.

Which vitamin C preparations are recommended?

In addition to vitamin C, fruits rich in vitamin C also contain many other vital substances, minerals, secondary plant substances, and nutrients. If all these ingredients of fruit arrive in the body together, they can work together and thus achieve an improved vitamin C effect.

Nevertheless, isolated vitamin C preparations may be necessary for therapeutic purposes, since in this case the required doses of vitamin C cannot be ingested in the form of natural vitamin C (several 1000 mg). You would have to eat many kilograms of fruit or consume 50 to 100 g of acerola powder, which will hardly be feasible for taste and financial reasons alone.

You can read about the differences between the various vitamin C preparations in our main vitamin C article, which you can find in the very first link of this article (at the top under vitamin C).

If vitamin C infusions are necessary, it is up to your doctor to get you the right vitamin C supplement. 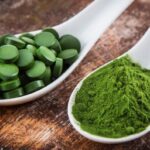 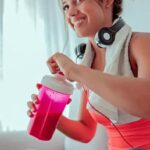