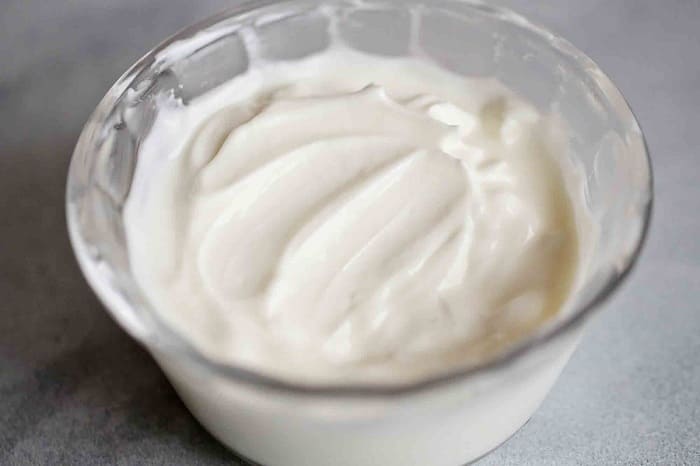 As an important source of nutrients, yoghurt not only provides calcium but also protein. It keeps you full for a long time and thus prevents cravings. In addition, the fermented milk product contains lactic acid bacteria. These can improve the intestinal flora and promote digestion. Regular consumption of yoghurt can even improve lactose tolerance, lower blood pressure and protect against diseases such as heart attacks.

Yoghurt is popular – and there are countless variations: natural without any additives, as fruit yoghurt, mixed with flavors such as vanilla and chocolate or as a slightly more liquid drinking yoghurt . The milk product is suitable for breakfast or as a snack in between.

Yoghurt is made with the help of lactic acid bacteria . These convert the milk sugar (lactose) contained in the milk into lactic acid. The lactic acid in turn coagulates the milk protein, experts also speak of thickening. This gives the yoghurt its firmer consistency than milk.

Anyone who eats the sour-tasting milk product can do a lot for their health. Because yoghurt contains valuable nutrients that are good for the entire body.

Yoghurt as a protein source

Dairy products like yogurt are a very good source of protein. 100 grams of yoghurt (3.5% fat) contains about 3.5 grams of protein . The German Society for Nutrition e. V. (DGE) recommends that adults consume around 0.8 grams of protein per kilogram of body weight every day. It makes up around 6% of the amount of protein you need every day.

Milk and milk products such as yoghurt are among the best suppliers of calcium. 100 grams of yogurt contain around 120 milligrams of the mineral. According to the DGE, adults should consume 1,000 milligrams of calcium per day through food.

Almost 100% of the vital mineral is found in our teeth and bones . There, calcium ensures stability and strength. But it also plays an important role in other processes in our body: It supports blood clotting and the function of every cell in the organism. Because calcium not only keeps the cell walls stable , but also helps with signal transmission within the cell and with the transmission of stimuli in the nervous system and muscles . If you take in too little calcium for a long time, the body gets the mineral from the bones. In the worst case, this can lead to the bone becoming unstable.

“Osteoporosis is a skeletal disease associated with bone loss and increased fractures. Due to the lack of estrogen during menopause, women have a significantly higher risk of developing the disease over the course of their lives. Calcium intake up to adulthood is crucial for healthy bone density. Between 20 and 30 years is the peak bone mass, the highest bone density is reached. It is then continuously degraded. Regular milk consumption has been shown to increase bone density. Not only calcium is decisive here, but also an adequate vitamin D supply. The vitamin is needed for calcium storage in the bones. However, high milk consumption cannot prevent osteoporosis. In addition to diet, the disease is influenced by many other factors such as exercise, weight, but also by genetics, i.e. predisposition.”

Without enough vitamin D, calcium cannot do its job in the body.

Because vitamin D ensures that calcium is well absorbed by the gastrointestinal tract and gets into the blood. It also regulates the calcium metabolism in the body and helps to store the mineral in the bones.

In addition to important nutrients, yoghurt also contains living lactic acid bacteria . These so-called probiotics reach the intestines in active form via food and can improve the composition of the intestinal bacteria that are already present there .

Anyone who eats yoghurt can relieve and also prevent gastrointestinal complaints such as constipation, diarrhea and inflammatory bowel diseases (such as ulcerative colitis, Crohn’s disease) . The immune system may also benefit from it. A prerequisite for these positive effects on health, however, is that the consumed yoghurt contains sufficient lactic acid bacteria and that one pays attention to a diet rich in fiber overall. Because the latter also supports the growth and reproduction of beneficial bacteria. It is also important that probiotic foods are eaten regularly. Because the microorganisms do not settle permanently in the intestine.

People who suffer from milk sugar intolerance (lactose intolerance) usually tolerate yoghurt well. Because the lactic acid bacteria have largely broken down the lactose. It is important to use sour natural yoghurts without any additives. Regular consumption can even improve the tolerability of lactose.

Dairy products like yogurt are high in saturated fat . The consumption of the full-fat variants was therefore not recommended for a long time, especially for people who already had cardiovascular problems anyway. In the meantime, however, it is assumed that it is less the individual nutrients of a certain food and more the type of nutrition that plays a role in the development of diseases.

Research seems to confirm this. A nutrition study by the Boston University School of Medicine , for example, evaluated data from almost 56,000 women and around 18,000 men with high blood pressure. They paid particular attention to the test subjects’ yoghurt consumption. According to this, anyone who ate more than 2 servings of yoghurt per week could reduce the risk of suffering a stroke or heart attack by around 20% . The lactic acid bacteria contained in yoghurt may play a role in protecting the heart. Because they could weaken the blood pressure-increasing effect of salt in food in the intestine.

While yoghurt contains less protein than cottage cheese, it is still a good source of protein. If you don’t eat enough protein in your diet, you risk cravings and muscle breakdown. This is especially important to keep in mind if you want to lose weight. In fact, there is evidence that a diet high in protein not only fills you up better and therefore leads to less energy being consumed. More protein also seems to make you lose body weight, and that it’s mostly fat and not muscle.

For example, one small study looked at the effect of eating yogurt with different levels of protein as an afternoon snack. In fact, it turned out that so-called Greek yoghurt , which contains a lot of protein, was able to curb appetite and the study participants ate their next meal a little later than usual. However, further research has yet to confirm the link between increased protein intake and decreased appetite.

Many ready-made yoghurts that you can buy in the supermarket contain a lot of sugar. It is better to sweeten natural yoghurt without additives with a little honey, for example, and to refine it with fruit, nuts or oatmeal. You can conjure up a healthy breakfast or a nutritious afternoon snack in no time at all. 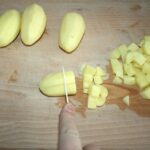 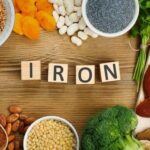