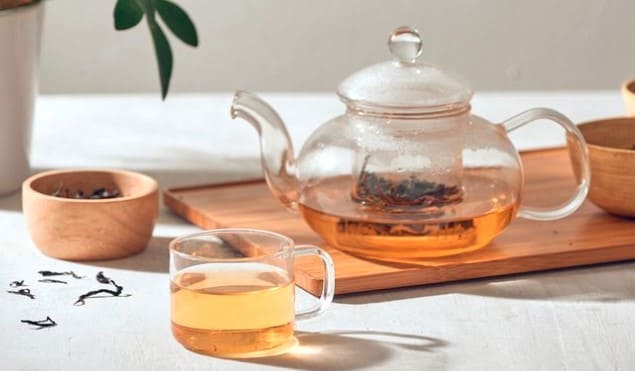 Contents show
1. Alkaloids in tea: the big culprits?
2. Deaths from alkaloids?
3. Alkaloids are found in many plants
4. Toxic alkaloids in coffee
5. Alkaloids can be toxic, but they can also be healing
6. The quantity means that the tea is not poison
7. Better water than tea
8. Reduce the number of alkaloids when preparing tea

Green tea and herbal teas are said to be contaminated and a risk to health – this is what the media are saying more and more often. In addition to high pesticide values, alkaloids in particular are on the list of allegedly questionable ingredients. They are said to be liver-damaging and even carcinogenic. However, it is not that simple. Because tea is not just tea – and poison is not always poison. As so often, it depends on the type of substance, the type of tea, and of course the quality of the tea and the amount of tea consumed. If you stick to simple basic rules, you have little to fear.

Alkaloids in tea: the big culprits?

In connection with everyday herbal teas – peppermint, chamomile, lemon balm, etc. – the media repeatedly warns against so-called pyrrolizidine alkaloids – a subgroup of alkaloids which, depending on the dose, can also be toxic. Alkaloids, in turn, belong to the secondary plant substances and thus to the completely natural substances that occur in many plants.

Stiftung Warentest also found that even organic teas are sometimes heavily contaminated with these “pollutants”. Although there is no concrete danger, there is always talk of risks and imaginary maximum quantities, which should not be exceeded under any circumstances. It is strange why it is emphasized that “even” organic teas are contaminated since a plant naturally always contains its specific secondary plant substances – whether it comes from organic cultivation or not.

Poisoning and deaths in countries such as India, Afghanistan, Pakistan, and Jamaica are pointed out in the media to illustrate the perceived danger. There, however, people did not die from the tea itself, but from the unintentional admixture of poisonous herbs (ragweed and solstices), which were found in grain or in actually non-toxic herbal mixtures.

It is precisely these poisonous herbs that have a high proportion of pyrrolizidine alkaloids – one reason why these herbs are avoided by grazing animals on the meadow. They have a bitter and unpleasant taste. If the farmer now uses hay from a meadow on which many poisonous herbs grow, the animals eat these too, since they can no longer be identified when they have dried.

Of course, the animals now have health problems. What is the conclusion of some media? All plants containing pyrrolizidine alkaloids must be dangerous.

These assumptions were now to be confirmed in animal experiments. For this purpose, rats (or other animals) were force-fed with high doses of, if necessary, isolated pyrrolizidine alkaloids, which inevitably led to liver damage and also caused cancer. Attempts of this kind are obviously far from the reality since the desired result is literally enforced with all means.

Clearly proven poisonings in people in our latitudes are nowhere to be found. So why go to great lengths to give herbal teas and thus certain herbs a bad name?

Let’s first clarify what alkaloids are specifically, where they can be found, and to what extent their toxicity can vary:

Alkaloids are found in many plants

What is certain, however, is that they are part of the secondary metabolism of a living being, which means that they do not fulfill any vital functions and are therefore counted among the so-called secondary plant substances.

Many plants form toxic alkaloids to protect themselves from herbivores, which also makes them toxic to us humans in high doses. If a plant is poisonous even in small amounts, then it is a really poisonous plant. B. the monkshood, which is not part of our diet and is also used as a medicinal plant at most in homeopathic preparation forms. Some of the most well-known alkaloids, with examples from the plant world, are as follows:

With this list, it quickly becomes apparent that alkaloids have very different effects and are obviously judged very differently by people. While monkshood or spotted hemlock is highly toxic, caffeine and nicotine are consumed extremely liberally with no daily deaths or, in the case of coffee, no warnings.

We do not even notice the vast majority of alkaloids, since their effect is too weak and the amounts consumed are too small. Anyone who has feared poisoning from cultivated vegetables or garden herbs, which of course (in very small amounts) also contain alkaloids, can breathe a sigh of relief.

600 different forms of pyrrolizidine alkaloids are known. Half of them can be shown to have a toxic effect, which, however, does not occur in every dosage. The most important medicinal plants with a relatively high pyrrolizidine alkaloid content include e.g. B. coltsfoot, comfrey, borage, and butterbur – plants that are rarely eaten, and if so, only in very small amounts.

Caffeine, also known as theine in tea, and nicotine, as mentioned above, also belong to the alkaloids, but have long been an integral part of our everyday lives. Most people are also familiar with some of their negative effects, but they are often downplayed or distorted with contradictory statements and studies so that they are suddenly considered positive.

It has been clearly proven that caffeine, like nicotine, can cause cardiovascular diseases and can also clearly harm an unborn child. Caffeine also promotes osteoporosis in older women, while nicotine can promote the development of cancer.

The list of side effects is long, but a huge industry would be seriously damaged if these substances were to be regulated or even banned. However, healing herbs from nature are a thorn on the side of many, which is why attempts are made again and again to discredit them.

Alkaloids can be toxic, but they can also be healing

Many alkaloids have very positive and desirable effects on our bodies, namely in the case of serious illnesses. Morphine, for example, relieves pain, quinine is used in malaria therapy, atropine is used to treat asthma, homoharringtonine enriches cancer therapy, and we have already reported on the wonderful capsaicin found in cayenne pepper.

The many different modes of action of alkaloids result in a wide range of applications in medicine, where there is still a lot to discover. In the case of pyrrolizidine alkaloids, no clear health effects are known yet, but there are grasshoppers and butterflies that specifically ingest pyrrolizidine alkaloids in order to rid themselves of parasites.

Since parasites can also be a big issue in humans, a similar effect in our body is obvious, so small amounts of alkaloids – such as those ingested with herbal teas – may have a preventive effect against parasite infestation.

Furthermore, we must absolutely assume that alkaloids work differently in combination with all the other plant substances, vital substances, and minerals contained in the plant and in the tea than in isolated form.

For example, we also know that microalgae contain substances that can be harmful in isolated form, but are not in the alga because other substances occur there that can completely compensate for a possibly harmful effect.

The quantity means that the tea is not poison

At this point it must be pointed out that many traditional medicinal herbs have a strong therapeutic effect – whether through alkaloids or other plant substances – and should never be taken in large quantities or over a long period of time (e.g. coltsfoot tea, comfrey tea or chamomile tea).

Anyone who is ill and would like to support their recovery process with medicinal plants can do so with up to 3 cups of herbal tea, which are drunk daily, but not longer than 2 weeks.

However, special rules apply to pregnant women, nursing mothers, and small children. Similar to caffeine, other alkaloids can also harm the unborn child or put a lot of strain on small children. Medicinal herbs should therefore only be taken under the supervision of a knowledgeable therapist.

If you don’t want to do without your daily cup of tea, you can simply use milder teas. The best-known representatives include B. Nettle, rose blossoms, mallow, linden blossoms, lemon verbena, hemp leaves, etc. The variety of herbal mixtures invites you to go on a journey of discovery and familiarize yourself with numerous varieties. Because if you regularly switch between teas with different ingredients, you don’t run the risk of overdosing on certain substances.

Of course, the amount you drink every day is also of great importance: one or two cups of tea a day are fine and completely sufficient. Although many teas lure with miraculous effects, we must always be aware that they can never replace pure and clean water as the No. 1 long-term drink.

Only good water supplies and cleanses the body optimally, which already puts an end to many diseases. If you want to cover the daily recommended minimum amount of liquid with something other than water, you will in all likelihood have problems sooner or later, no matter how healthy the tea is.

So enjoy a cup of tea with breakfast, cake, or before bed, but at the same time make sure you get enough good water. In addition, you can reduce the number of alkaloids when preparing tea.

Reduce the number of alkaloids when preparing tea

The amount of tea used, water temperature, brewing time, and of course, the amount of alkaloids varies from tea to tea. Accordingly, optimal tea preparation represents a small science in itself. While our local herbs are quite robust and only develop their full aroma with boiling water, green and white teas have to be treated more carefully.

Here, an infusion temperature of 70°C – 80°C is recommended, with Japanese green tea even only 60°C, in order to maintain the health effect.

The amount of caffeine and other alkaloids contained in the tea infusion depends on the four factors mentioned. So if you reduce the amount of tea used and shorten the brewing time, you get a tea that is correspondingly low in alkaloids. This only applies to matcha tea to a limited extent, since the powder is drunk in its entirety and all ingredients are therefore also absorbed.

In the case of herbal teas, this approach does not always make sense, since a lower dose and shorter steeping time naturally also leads to a lower dose of the desired and healing active ingredients. Here it is important to weigh up and set priorities on a case-by-case basis:

In the event of illness, highly effective herbal teas are consumed for a short period of up to two weeks, which are prepared in the required strength and dose. This can then also be teas that naturally contain certain amounts of alkaloids since no long-term damage is to be feared due to the short duration of use.

If there is no illness and certain healing effects of the tea are not required, then the tea is prepared weaker and allowed to brew for a shorter time, and the type of tea is also changed again and again. 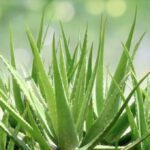 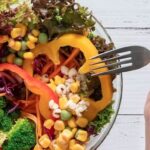