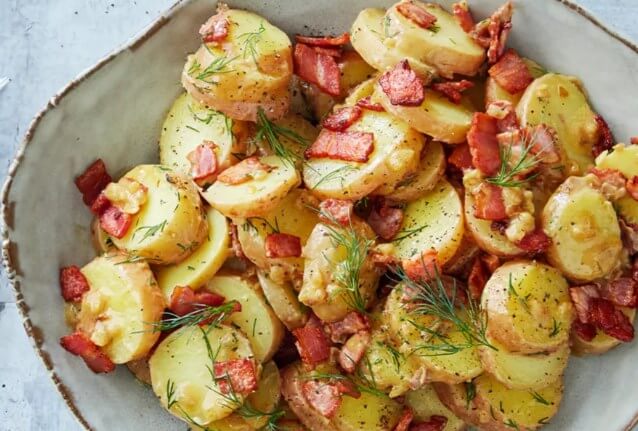 No other food is as popular in Europe – especially in Germany – as the potato. This is due in particular to the countless areas of application of the tuber. Here we show you which type of potato you have to cook for how long.

First of all, it should be said that all types of potatoes – regardless of whether they are floury, mainly waxy or waxy – have about the same cooking time. As a rule, you have to cook potatoes (depending on their size) for about 15 minutes. Depending on the variety, they have a soft or firm consistency after the specified cooking time. To ensure that all the potato pieces are cooked at the same time, you should make sure that you either use potatoes of the same size or cut them into even pieces before cooking.

Tip: If you want to check whether the potatoes are already done, poke the tuber with a fork or knife. If it falls loosely by itself, it’s done and you can remove it from the stove.

This type of potato falls apart quickly because it contains the most starch. The approximate cooking time is about 15 minutes in salted water. Due to its very soft consistency, the floury potato is well suited for a delicious creamy potato soup or puree. Desserts such as pudding, biscuits, or muffins are also mainly made with floury potatoes.

The cooking time for these potatoes is also around 15 minutes, although they are still relatively firm after this time due to the lower starch content. Since they are neither waxy nor very soft, these potatoes are often referred to as “all-rounders” and are used for many dishes. Potato soups, gnocchi, and dumplings as well as fried and boiled potatoes can be perfectly prepared with it. Even for very classic boiled potatoes, it is best to use waxy potatoes.

Waxy potatoes keep their shape even after 15 minutes of cooking; the shell does not burst open. Because of its firm consistency, this variety is not suitable for mashed potatoes, but you can use it to create the most delicious chips, fries, fried potatoes, or a perfect potato gratin. Potato salad or croutons work particularly well if you use waxy potatoes.

Tip: When preparing potato salad, if you slice the potatoes before cooking, these smaller pieces only need 6 to 7 minutes to cook.

Unlike the conventional potato, the sweet potato needs significantly longer than a quarter of an hour to cook. It has to be cooked for a full 30 to 40 minutes in order to be processed further.

Tip: To shorten the cooking time of the potatoes, you can peel the sweet potato and prick it all over with a fork. 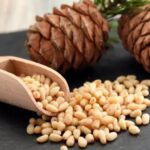 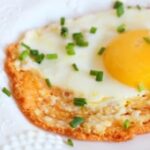