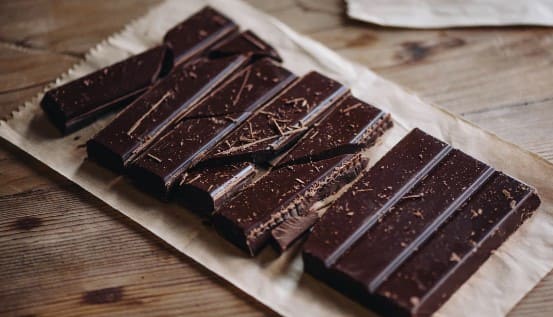 Chocolate is referred to as dark or black chocolate when it has a high cocoa content. As a result, their taste becomes increasingly bitter. London’s Kingston University recommends a daily dark chocolate snack, especially if you’re an athlete and looking to improve your physical performance even further. This is exactly what dark chocolate is supposed to do: provide energy for athletes and give athletes the decisive kick in their athletic performance.

Dark chocolate is already known for its many great properties, all of which can lead to improved health.

Due to its antioxidant potential, among other things, dark chocolate is very good for cardiovascular health, as it can protect the blood vessels. It also helps against Alzheimer’s, prevents cancer, protects the kidneys, and has an anti-inflammatory effect.

Another study from April 2016 has now shown that a tasty snack can also benefit athletes. Dark chocolate gives athletes more energy and gives them an extra head start in training.

Dark chocolate has a similar effect to beetroot juice so athletes will soon be able to put together a very special diet consisting exclusively of performance-enhancing foods – it seems.

Beetroot juice is high in nitrates, which are converted to nitric oxide in the body. This in turn expands the blood vessels and reduces oxygen consumption, which drives athletes to perform better – according to the scientists at London’s Kingston University.

The researchers suspected that dark chocolate must have a comparable effect. It contains epicatechin, a flavonoid found in the cocoa bean that can also increase levels of nitric oxide in the blood. Nine amateur cyclists were used to check this.

Dark chocolate as a sports snack

The cyclists were divided into two groups and subjected to a number of tests to determine their condition and physical capacity before the start of the study.

After two weeks, some tests were carried out again in the university’s sports laboratory. The heart rate of the cyclists and their oxygen consumption was measured at moderate training intensity and in time trials.

The groups were then swapped after a seven-day break. This means that group two immediately ate dark chocolate, while group one switched to white chocolate. Here, too, the corresponding tests were carried out after a further two weeks.

The results of the study, published in the Journal of the International Society of Sports Nutrition, showed that when cyclists ate dark chocolate, they used less oxygen and covered more distance in a two-minute race.

The researchers led by sports scientist Dr. Owen Spendiff and sports analyst James Brouner explained that dark chocolate is certain to become part of endurance athletes’ diets at some point as it clearly provides more energy.

The next step will be to find out how much dark chocolate or what amount of flavonoids is required to increase performance in athletes.

The energy combination for athletes: beetroot juice and dark chocolate

We’d also like to see if the performance boost from dark chocolate is just a short-term effect, or if the effects last over the long term. Finally, we want to test whether the combination of beetroot juice and dark chocolate can have an even better effect and consequently even more energy for the athletes.
Because both increase the nitric oxide level, but not in the same way they could ideally complement each other. In addition, dark chocolate tastes better to some people than beetroot juice and can therefore be an equal alternative. 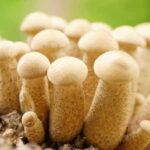 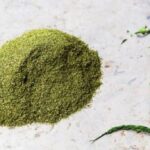