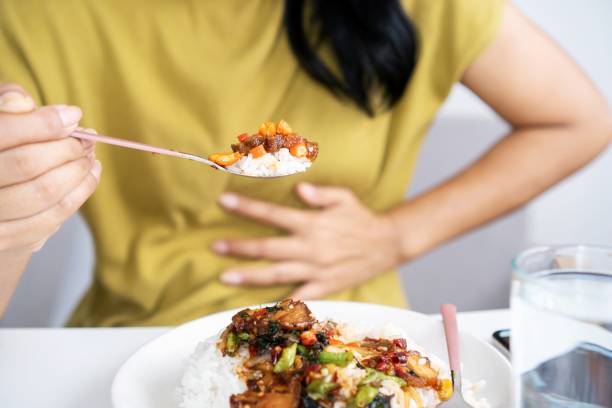 Contents show
1. Typical symptoms of heartburn
2. Diagnosis: reflection and acid measurement
3. Heartburn is caused by acid in the stomach attacking the esophagus
4. Why stomach acid flows into the esophagus
5. Prevent heartburn with proper nutrition

Almost every third person in this country is familiar with occasional heartburn. But for many, the symptoms become chronic, lasting for years. Then there is a risk of developing cancer.

A sharp, burning pain that rises from the upper abdomen towards the neck: 35 percent of those affected have such symptoms on a regular basis – at least once a week or even more frequently. It’s particularly bad after eating, lying down, bending over, or exercising.

A strong burning sensation behind the breastbone is the main symptom of reflux disease. Under certain circumstances, you may even feel like you can’t breathe. Because the esophagus is close to the heart, those affected often think that the pain originates there – heartburn is therefore also referred to as “heartburn”. It is not uncommon for people with reflux to end up in an emergency with a suspected heart attack at the doctor or in the hospital. In fact, chest pain always needs to be investigated – and until proven otherwise, you have to assume that heart disease could be behind it. If there is no evidence of this in the examinations, then one should think of the stomach.

Burping, stomach pressure, or a feeling of fullness are common side effects of reflux disease. Some people hardly feel heartburn, but suffer from a morning cough or hoarseness, or have to clear their throat very often. Difficulty swallowing, choking, and a bad taste in the mouth can also indicate the disease.

During the medical examination, it is first clarified where exactly the pain is and when it occurs. The lifestyle and eating habits are asked about because they play a major role in heartburn. If reflux disease is suspected, the doctor will arrange for mirroring of the esophagus and stomach (gastroscopy) in order to examine the esophagus for signs of inflammation, burned areas (erosions), constrictions and tumors using a tube camera. If necessary, tissue samples are taken.

Internists can also carry out a long-term acid measurement in the esophagus: With a so-called 24-hour pH measurement, reflux disease can be reliably diagnosed. Today, the measurement is usually done without a catheter, i.e. without having to lie over a tube for the entire measurement time.

Heartburn is caused by acid in the stomach attacking the esophagus

The cause of the pain is stomach acid. The esophagus is a muscular tube that carries food to the stomach. Once there, it is decomposed with the help of gastric juices, which contain highly corrosive hydrochloric acid. The gastric mucosa protects the stomach from acid. However, if chyme gets past the upper sphincter muscle of the stomach back into the esophagus (esophagus), then the stomach acid attacks the unprotected wall of the esophagus. That’s what causes the burning.

In the long run, the esophagus is damaged by the acid. Inflammation of the esophagus (esophagitis) can develop, which, if left untreated, leads to ulcers and scarring. A possible complication is – in about ten percent of cases – the so-called Barrett’s syndrome, in which the tissue of the esophagus becomes inflamed – a precursor to cancer.

Why stomach acid flows into the esophagus

Acute heartburn is often triggered by the stomach producing too much acid or emptying too slowly. After eating, so-called “acid pockets” can form in the upper part of the stomach, which lie on top of the food. Heavy, sweet, fatty, or acidic foods, alcohol, and caffeinated beverages have a negative effect.

Another reason for the reflux of gastric juice is often a weakness of the sphincter. Nicotine can reduce muscle tension, as can certain medications. Hormones can also reduce tension, which is why pregnant women often have a problem with heartburn – the growing child also puts pressure on the stomach. Tight clothing and stress are other factors.

A change in diet according to the anti-reflux plan often provides relief. Important for heartburn: it is better to eat four to five small meals instead of two or three large ones. Also a lot of protein, for example, dairy products, white meat, nuts, or legumes. High consumption of finished products and fast food has a harmful effect. Anyone who eats often under stress is therefore doubly at risk.

Cravings for sweets can be driven away with bitter drops: drizzle on the back of your hand, sniff – your appetite is gone. 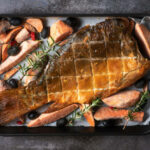 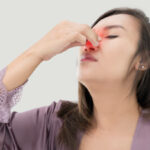