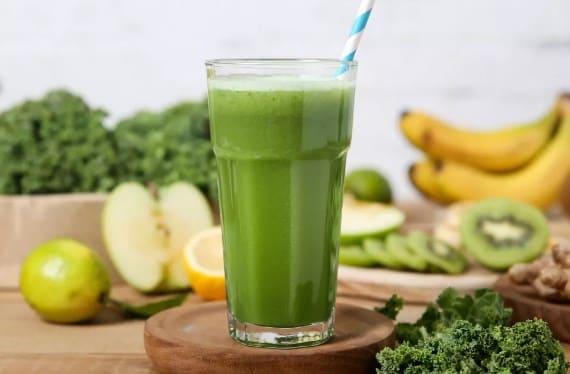 Kidney stones from oxalic acid and other rumors

Green smoothies are spreading around the world at breakneck speed and meanwhile, there is hardly anyone who has never heard of the delicious green drinks.

Most people love green smoothies as they can have great health benefits. After just a few weeks you often feel significantly more efficient and fitter – both physically and mentally, and many an ailment disappears.

Now, however, rumors are being circulated that would have us believe many things, including that green smoothies contain oxalic acid and therefore lead to kidney stones. But not only that…

Five rumors about green smoothies – Nothing but hot air

Whenever something inspires people and benefits their health, well-known prophecies of doom appear out of nowhere.

We shed light on the most popular rumors about green smoothies and show what’s really behind them – namely nothing more than hot air.

The rumor that green smoothies can cause kidney stones is completely unfounded. It most likely originates from the fact that some leafy green vegetables are rich in oxalic acid, while some kidney stones are made of the calcium salt of oxalic acid (calcium oxalate).

However, this parallel alone does not mean that the presence of oxalic acid alone would automatically lead to kidney stones – which has long been well known.

Kidney stones only form when many conditions are met at the same time. These requirements include, among other things: the following points:

Please take a look at the properties of green smoothies and the guidelines for a healthy diet and decide for yourself whether there is a risk of kidney stones if you eat green smoothies regularly or not:

In addition, green smoothies can be enriched with some freshly squeezed lemon juice or orange juice. The contained citrates almost dissolve kidney stones.

That being said, this rumor might make you think the originator has no idea which foods actually contain oxalic acid and which don’t.

Basically, there are very few oxalic acid-rich vegetables used in green smoothie recipes. These are spinach, chard, sorrel, and beetroot leaves. (Rhubarb and its leaves are not an ingredient in green smoothies.)

However, beetroot leaves, sorrel, and chard do not really taste good in large quantities in green smoothies, so only spinach is actually used frequently and lavishly. At the same time, however, this provides a lot of calcium, potassium, and magnesium and therefore independently eliminates the risk of kidney stones caused by its oxalic acid.

Vegetables that do not contain oxalic acid

It’s also important to remember that most people who suffer from oxalate kidney stones, or kidney stones in general, have never seen a green smoothie in their lives. They got kidney stones from the conventional diet and lifestyle.

They would probably get rid of their kidney stones once and for all if they started drinking smoothies.

Myth #2: Green smoothies are bad for your teeth

Of course, green smoothies do not harm your teeth. After all, you don’t suckle on a green smoothie all day long. Then the smoothie would actually be a tooth enemy – but so would sugared soft drinks and juices, which basically nobody warns about.

However, green smoothies are drunk once or twice a day, so that – if they contain fruit – the teeth only come into contact with fruit acids and the fruit’s own sugar on these occasions, i.e. a few minutes a day.

If you already have dental problems, you can prepare the green smoothies with little fruit or use low-acid fruit and always make sure you use ripe fruit, as they are automatically less acidic.

Also, if you have sensitive teeth, just like you would after any meal, rinse your mouth with water or do a xylitol rinse after eating a green smoothie.

Since green smoothies are rich in vital substances, basic minerals, and trace elements and they can also contain anti-inflammatory antioxidants and herbs with an antibacterial effect, green smoothies – properly prepared – counteract tooth decay and periodontitis.

Green leafy vegetables are the cause of most food poisoning, according to some anti-green smoothie papers.

However, this is a mistake. The most common food poisonings in industrialized countries are still salmonellosis and infections with the Campylobacter pathogen – as a result of eating raw or improperly stored animal products (egg dishes, poultry, beef, etc.). In this context, there is almost no trace of green leafy vegetables.

And anyone who fears that sprouts – which can occasionally also be part of smoothie recipes – could suffer a fatal EHEC infection is also wrong.

Because the EHEC infection, which claimed several thousand sick people and 50 fatalities in 2011, was only officially the result of allegedly contaminated fenugreek sprouts from Egypt.

In reality, the food crisis of the time was never cleared up. The sprouts were most likely just put forward as a cause. An EHEC pathogen could not be found anywhere in around a thousand sprout samples from the small organic sprout farm in Bienenbüttel in Lower Saxony.

The secondary plant substances are listed as other supposedly “toxic” ingredients in green smoothies, such as B. lectins, which are referred to as “natural pesticides” to stir up fears with the specific choice of words alone.

Some of these “bad” substances belong in the same category as strychnine, according to some amusing statements about the dangers of green smoothies.

The category in question is called alkaloids. And in fact, there are – like strychnine – representatives that are poisonous even in tiny amounts.

Precisely because of their toxicity, the typical poisonous plants such as lily of the valley, autumn crocus, hemlock, yew leaves, toadstools, etc. are understandably neither eaten nor processed in green smoothies.

Since there are also very few really dangerous poisonous plants and these can be identified very easily with the help of a field guide and then avoided, it should be extremely difficult to poison yourself with a green smoothie.

If you are completely unfamiliar with wild plants and are not interested in further training (herbal hikes or similar), then you either stick with cultivated leafy vegetables or take those wild plants that you can also blindly identify, e.g. B. dandelion, nettle, and daisy.

Apart from that, there are also alkaloids that can be extremely healthy in the right dose, such as B. the capsaicin.

The lectins mentioned at the beginning are found in cereals, seeds, and legumes in particular, but hardly at all in the ingredients of green smoothies.

Other secondary plant substances such. B. Polyphenols, carotenoids, flavonoids, anthocyanins, etc. are a reason for drinking green smoothies in the first place since their positive effects are now also scientifically confirmed in numerous studies that appear every day, and at the same time they are only found in small extent in conventional food amounts are included.

Among other things, the substances mentioned have antioxidant, anti-cancer, and anti-inflammatory effects, which means that they fulfill excellent functions in the prevention and healing of the most common diseases and actually help the body with detoxification.

Myth #4: Green smoothies are bad for your thyroid

Few things are further from green smoothies than harming the thyroid.

This accusation is just as far-fetched as the oxalic acid kidney stone story.

Goitrogenic substances or simply goitrogens are substances that either block iodine uptake or inhibit the body’s conversion of iodine from food into an iodine form that can be used by the organism.

In both cases, the result would be an iodine deficiency and thus hypothyroidism.

Goitrogens are found in the following foods in particular:

Which of these foods do you put in your green smoothie? Exactly, none of these.

And even if you did, it wouldn’t be a problem, since all of these foods don’t affect the thyroid unless animals (in animal studies) or humans (in poor countries) have to subsist almost exclusively on one of these foods.

For example, rats developed thyroid problems after being fed only walnuts for 75 days.

Iodine deficiency goiter is widespread in Sudan, since the people there absorb 74 percent of their total calorie intake from pearl millet, i.e. eat little else than pearl millet.

And for people who were raised on soy milk formula in infancy, i.e. who received soy several times a day, there is an increased risk of thyroid disease in adulthood.

However, will you get thyroid disease if you eat a handful of walnuts every now and then? If you eat a soy burger twice a week? If you eat half an onion in your salad and vegetables every day?

No of course not!

Do cabbages damage the thyroid?

A final group that is one of the foods with goitrogenic substances and is also used in green smoothies is the cabbage category. 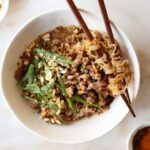 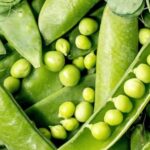