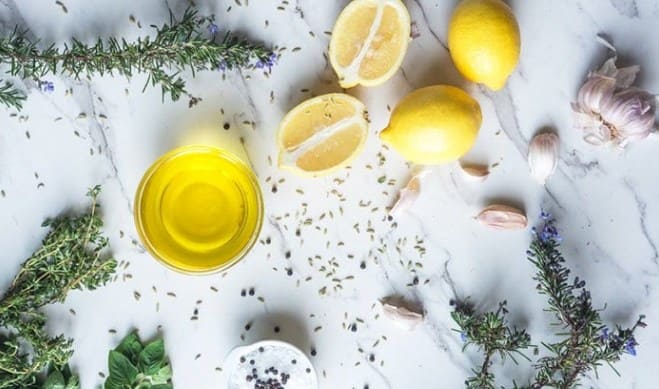 Hemp oil is an exquisite oil with a deliciously nutty flavor and a very good fatty acid profile. The essential omega-3 and omega-6 fatty acids are present in hemp oil in an optimal ratio of one to three. Hemp oil also contains rare and anti-inflammatory gamma-linolenic acid, so hemp oil is not only suitable as a gourmet oil, but also for external skincare – especially for skin problems such as neurodermatitis or psoriasis.

Hemp oil is the oil from the seeds of the so-called edible hemp (Cannabis sativa). Edible hemp is – in contrast to medicinal hemp – almost free of psychoactive substances and so are its seeds and oil. You will not get high from hemp oil. While medical hemp can contain between 1 and over 20 percent THC, edible hemp has a maximum of 0.2 percent. THC stands for tetrahydrocannabinol and is largely responsible for the pain-relieving and intoxicating effects of medicinal hemp.

Also, hemp oil should not be confused with CBD oil, which has been experiencing real hype for several years. CBD oil is an extract of low-THC/free but high-CBD hemp flowers dissolved in a base oil (olive oil or hemp oil). CBD oil stands for cannabidiol, another compound derived from hemp that, while not psychoactive, can still relieve anxiety, tension, and pain. You can read more about this in our numerous articles on CBD oil and below under “Does hemp oil contain cannabinoids?”

For the production of high-quality hemp oil, the hemp seeds are cold and gently pressed. A yellow-green colored hemp oil is produced. The green comes from the chlorophyll, the golden shimmer from the carotenoids (e.g. beta-carotene) contained in hemp oil. Of course, like all oils, hemp oil also provides the antioxidant vitamin E (23 to 80 mg per 100 g – depending on the source). For comparison, sunflower oil provides around 62 mg of vitamin E and wheat germ oil around 160 mg.

In hemp oil, the fatty acids are found in the following distribution per 100 g of hemp oil:

However, hemp oil is particularly valuable due to its unique fatty acid composition. It is made up of 70 to 80 percent polyunsaturated fatty acids. That alone is nothing special. Other vegetable oils also have similarly high values, e.g. B. safflower oil, sunflower oil, poppy seed oil, or grape seed oil. However, while the polyunsaturated fatty acids in these oils consist almost exclusively of omega-6 fatty acids (linoleic acid) and contain only a small amount of omega-3 fatty acids, hemp oil has a much better omega-6-omega-3 ratio.

The omega-6-omega-3 ratio in hemp oil

The omega-6 fatty acid is also an essential and therefore very important fatty acid. But the conventional diet already provides a lot of omega-6 fatty acids but at the same time only a few omega-3 fatty acids. The reason for this omega-6 excess is the excessive consumption of omega-6-rich oils (sunflower oil, corn oil, soybean oil, safflower oil, etc.), margarine made from the oils mentioned, and high-fat animal products such as chicken fat, eggs, lard, bacon, and Sausage.

The optimal fatty acid ratio for humans should be around 3:1 — and that’s exactly the ratio found in hemp oil.

They are also said to protect against infectious diseases, as they strengthen the immune system and can even cause depression and Alzheimer’s. Omega-3 fatty acids are also indispensable for the development of the brain during the growth phase of children, as well as in the prevention and therapy of ADHD. But omega-3 fatty acids are also indispensable for adults for optimal brain and nerve functions.

Gamma-linolenic acid is particularly well known from evening primrose or borage seed oil, two oils that are found e.g. B. in neurodermatitis or psoriasis can be used both internally and externally.

For the above-mentioned complaints, hemp oil can therefore be used both internally and externally. For sensitive and stressed skin or inflammatory skin problems, it is used as a care oil that is quickly absorbed and has an anti-itching and calming effect.

Hemp oil for chronic inflammation of all kinds

Hemp oil, therefore, counteracts chronic inflammation via multiple mechanisms and can turn the fatty acid disharmony that is common today into a healthy opposite.

You can read again and again that hemp seed oil does not contain any cannabinoids. These are the main active ingredients in the hemp plant, which have numerous medicinal properties. However, analyses conducted at the University of Modena and Reggio Emilia in 2019 clearly showed that cannabinoids are also found in hemp seed oil.

The Italian researchers took a close look at commercially available hemp oils and, in addition to THC and CBD, discovered 30 other cannabinoids for the first time. When we asked the manufacturers Rapunzel and Hanfland, we received confirmation that their products are not free of these substances either.

According to the analysis, there is an average of only 0.8 micrograms of CBD in 10 milliliters of hemp seed oil. In comparison, the same amount of CBD oil taken drop by drop contains a whopping 1,000 to 2,000 micrograms of CBD. However, scientists are convinced that even trace amounts of cannabinoids are enough to contribute to the health effects of hemp oil.

Use of hemp oil

Cold-pressed organic hemp oil is now available in many health food stores, organic supermarkets, and conventional supermarkets. Its nutty taste brings variety to healthy cuisine. Hemp oil is only suitable for raw vegetables, such as salad dressings and dips, as it must not be heated. However, you can add it to the vegetables after cooking if you want to enhance the dish with it. A good dose is 2 to 4 teaspoons of hemp oil daily. 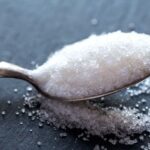 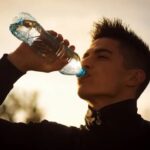