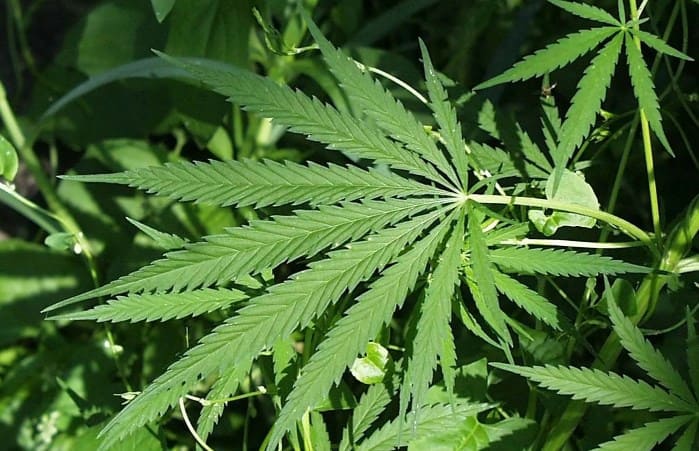 Hemp is one of those foods that are characterized by their unusually high nutrient density and whose nutrients and vital substances are present in such a balanced form that they are also called superfoods.

Marijuana and hemp are not necessarily the same thing

Marijuana, hemp oil, and CBD oil are all derived from the hemp plant. However, the edible oil from the hemp seeds or CBD oil in particular is obtained from the so-called industrial hemp. This is a variety of hemp that does not contain any intoxicating substances (THC, tetrahydrocannabinol), so no one has to worry about getting in trouble with the law just for consuming healthy and delicious hemp products.

If you want to smoke marijuana or bake hash cookies, hemp is not suitable for this. You should then get special seeds, from which plants with THC-containing flowers will then arise, which of course should not be a recommendation since the cultivation of cannabis is still not really legal in Germany.

Interestingly, as late as the 1800s, some American states still considered it a criminal offense to REFUSE to grow hemp. You could even pay your taxes with hemp. And during the Second World War, those farmers and their sons who devoted themselves to hemp cultivation were exempted from military service. Why was hemp so important and valuable back then?

Jack of all trades hemp

In addition to all these countless uses, hemp is an extremely frugal plant that thrives on almost any soil with little or no fertilization. Hemp is hardly susceptible to diseases or pests and independently suppresses any weed growth. Pesticides and herbicides are therefore superfluous in hemp cultivation. At the same time, hemp is considered to improve soil structure and soil fertility.

In the 1930s, large corporations applied for patents on the production of various plastics from petroleum, and powerful paper magnates hoped to make millions in profits from the sale of their own forests.

Enforcement of a hemp ban

The great campaign against an innocent plant began. Hemp was blamed for almost all the ills of society at the time. Whether drug addiction, murder, car accidents, or immorality – hemp was the culprit. However, the media didn’t say and write “hemp” but “marijuana”.

People associated too many positive and helpful things with hemp. So the invented name marijuana was created in order to be able to promote the incitement of society against hemp quickly and sustainably.

As a result, many people didn’t even know that marijuana and hemp were the same things. They supported defaming hemp and enforcing a hemp ban, which they would never have done had they known the truth – that is, if they had known that a marijuana ban would also take hemp away from them.

In 1961 it was finally done worldwide: marijuana, alias hemp, was put on an equal footing with opiates and was practically only mentioned in the same breath as dangerous drugs.

In Germany, a new narcotics law came into force in 1982, which completely banned the cultivation of hemp. Only 15 years later was it allowed again in isolated cases – but only under certain conditions and strict conditions.

The seeds of hemp, the small hemp nuts, were one of the most important staple foods in many ancient civilizations. Scientists found that hemp was grown and used in China, India, Babylon, Persia, Egypt, and cultures in North and South America.

Of course, these people also used the plant to make rope and clothing, but the hemp seed was used with particular preferences in food. The hemp nuts were eaten pure, ground into an extremely protein-rich flour, or processed into oil and butter.

Hemp nuts contain rich amounts of antioxidants as well as vitamins E and B vitamins. Hemp is an excellent source of vitamin B2 (riboflavin). So far, meat and dairy products have always been considered the richest sources of vitamin B2. In hemp, however, you will find significantly more vitamin B2 than in animal products (unless you like to eat liver).

Among other things, vitamin B2 plays an important role in muscle building, the formation of stress hormones, the thyroid gland, the eyes, and visual acuity as well as in skincare. Cracked corners of the mouth, cracked lips, burning eyes, and scaly skin on the nose, mouth, forehead, or ears are possible signs of a vitamin B2 deficiency.

Hemp is an ideal source of protein

The hemp seeds also consist of 20 to 24 percent pure, high-quality protein in the form of all the essential amino acids that humans need to build up the body’s own protein.

This makes hemp one of the few plants that, on the one hand, offer a complete amino acid profile for humans and, on the other hand, also have this valuable, bioavailable protein in sufficient quantities.

Among the amino acids present in hemp protein are copious amounts of the two sulfur-containing amino acids methionine and cysteine. They are i.a. involved in the detoxification of cells and the production of vital enzymes. In addition, hemp is rich in the so-called branched-chain amino acids (leucine, isoleucine, valine), which are necessary for muscle growth and repair.

Almost 60 percent of hemp proteins consist of a protein called edestin, which is even easier to digest than soy protein. Most of the remaining 40 percent is in the form of albumin. Albumin and edestin have a molecular structures very similar to human proteins.

For this reason, the hemp protein is absorbed very quickly and can, for example, easily be converted into the immunoglobulins of our immune system, which play a major role in fighting off infections.

Hemp Protein (2 to 3 tablespoons per day) is simply mixed into juices, water, or your favorite smoothie and drunk. Athletes or people in extreme situations take the recommended amount twice a day (athletes take the hemp protein at least 30 minutes before training).

However, hemp protein can also wonderfully refine bread recipes (up to 10 to 20 percent of the total amount of flour) and gives baked goods – whether sweet or savory – a nutty aroma.

Most people are known to suffer from an unfavorable fatty acid ratio. The rich consumption of meat and milk (from animals that are fed grain instead of hay, grass, and herbs), but also the uncritical consumption of industrially produced vegetable oils means that most people consume very many omega-6 fatty acids and only consume fewer omega-3 fatty acids.

The World Health Organization recommends a 4:1 ratio between omega-6 and omega-3 fatty acids. However, the normal western diet provides a ratio between 20:1 and 50:1.

Such an unfavorable ratio of these two fatty acids causes promotes and intensifies all kinds of inflammatory processes. B. joint inflammation, cardiovascular problems, chronic nervous disorders, and much more.

Hemp or the oil from hemp seeds (hemp oil) is the only plant that contains the optimal omega fatty acid ratio of 3.75:1 (omega-6 to omega-3) and is therefore an excellent part of an anti-inflammatory diet.

In addition, hemp is one of the few oil plants that contains gamma-linolenic acid (GLA). GLA can only be found in significant amounts in hemp seed oil, borage seed oil, evening primrose oil, pomegranate seed oil, blackcurrant oil, and spirulina.

Due to the general scarcity of GLA, a large part of the population lacks this important fatty acid, which has an extremely positive effect on inflammatory processes (e.g. in neurodermatitis, rheumatoid arthritis, diabetic neuropathy, etc.) and on a healthy balance of hormones (e.g. B. in premenstrual syndrome). Sufficient amounts of GLA also visibly improve the complexion and lead to strong nails and beautiful, full hair.

Hemp supports the detoxification of the body

GLA also activates the metabolic processes considerably. The fatty acid ensures that stored fat is used more effectively for energy production and is consequently broken down more quickly. GLA is also involved in the proper functioning of the cellular energy supply system called the sodium-potassium pump.

The sodium-potassium pump supplies nutrients to the cells while removing toxic waste products from the cell. If the sodium-potassium pump is not working properly, toxins have to be stored in the cells, the cells become susceptible to malfunction and the entire metabolism slows down noticeably. Hemp is therefore significantly involved in the smooth detoxification of the organism.

Hemp oil in the kitchen

Already 20 grams of high-quality hemp oil are enough to cover the daily requirement of the most important essential fatty acids. Hemp oil is suitable for steaming and stewing, but should never be used for deep-frying or frying.

It is best to pour the oil over the finished cooked food. In the raw food kitchen, the aromatic oil goes wonderfully with salad dressings, marinades, dips, or smoothies. 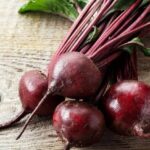 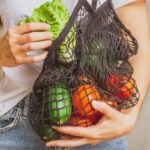