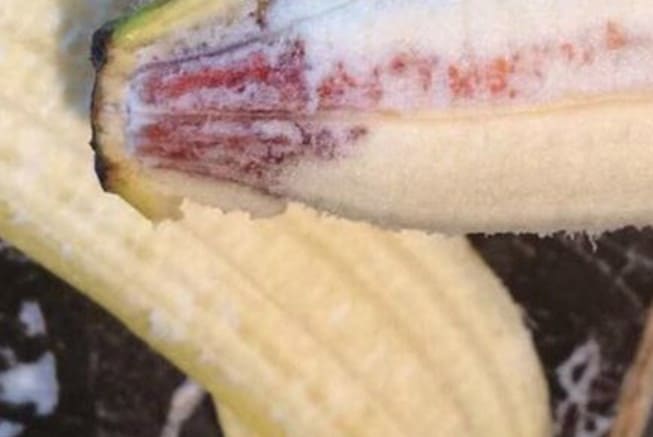 Contents show
1. Banana with a red line: how dangerous is it?
2. The red line in the banana is from a fungus
3. Bad rumours: HIV infection from bananas?

The child ate a banana and the mother immediately drove him to the hospital. The banana had a red line down the middle. How dangerous is a banana with such a coloring?

A red line in a banana. What is this color, which is unusual for the yellow fruit, all about? And more importantly, how dangerous can a banana with a red line be? We clarify!

Banana with a red line: how dangerous is it?

What an excitement! A British mother buys fresh bananas in a supermarket. Then she notices that her little daughter is not doing so well. She looks up what the little one ate last and finds the bananas. On closer inspection, she discovers that the bananas have a strange coloration.

A red line runs down the center of the pulp. Highly alarmed, she grabs her daughter and immediately drives her to the emergency room. She is terrified that something could happen to her daughter because she ate those bananas.

The red line in the banana is from a fungus

In the hospital, the doctors can calm the mother down immediately. Although this mold (Nigrospora) looks unsightly, it is not dangerous to humans. The child’s discomfort must have another reason, for example an infection.

Even the Canadian Food Safety Authority has given the all-clear. She explicitly states that this reddish tint in the banana is harmless. The only problem: they look unappetizing. So if you don’t want to eat them, just throw them away.

Even if the staining looks like blood, of course it’s not. The Canadian Food Safety Authority also points this out. Reports are already circulating online that one could catch an HIV infection with such bananas.

All this is gross nonsense and scaremongering! Because the example of the British mother shows that even small children are not in danger if they eat such red-colored bananas.

Delicious and definitely healthy: In this video you will learn how to make a banana kiwi shake. 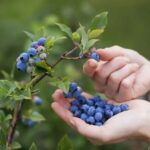 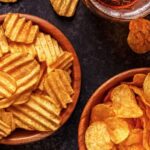