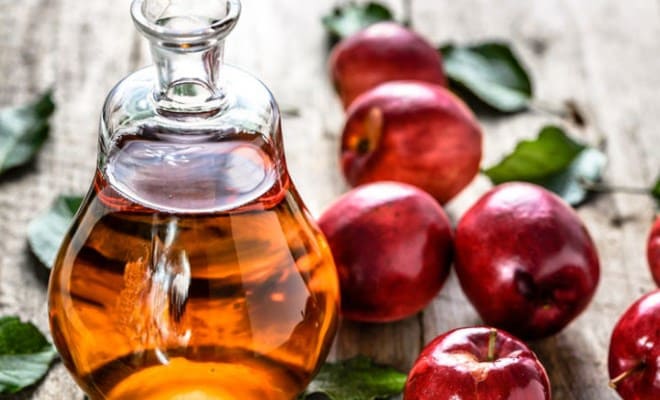 Apple cider vinegar is healthy and has many benefits. Apple cider vinegar, therefore, belongs in every household. It is good for digestion, helps with weight loss, and reduces food cravings. Buying it can be expensive, but making it yourself is a lot cheaper – and incredibly easy.

Vinegar was used for disinfection and to treat pain as early as the 18th century. Columbus is also said to have taken vinegar with him on his travels to prevent scurvy, as it was believed that apple cider vinegar was high in vitamin C.

And even if apple cider vinegar hardly provides any vitamins, it nevertheless has numerous positive effects on the organism – whether due to its enzymes, its minerals and trace elements, or its organic acid is uncertain.

Here is a list of the main health benefits of apple cider vinegar:

Stomach acid is particularly important for optimal digestion because it breaks down the food proteins and fights any pathogens contained in the food. Apple cider vinegar supports the formation of gastric acid, which means that the nutrients and vital substances supplied are better utilized.

This results in a faster feeling of satiety, as a study has shown. The test persons received 0.5 ml of apple cider vinegar per liter of body weight for four weeks – and experienced a significant weight loss as a positive additional effect.

Even after this short period of time, reduced LDL cholesterol levels and reduced fatty acid levels were evident.

Drinking apple cider vinegar (diluted with water on an empty stomach) can also be very helpful for people suffering from diabetes. The above study also found that triglyceride (blood fat) levels had clearly decreased in the subjects.

However, the fasting blood sugar level did not change significantly, but the HbA1c values ​​fell – the so-called long-term blood sugar, which is of great importance for diabetics.

Some people also swear by using apple cider vinegar as a hair conditioner after washing their hair to make hair soft and shiny.

Apple cider vinegar in the home

To make your own apple cider vinegar you will need:

Tip: For sweeter apple cider vinegar, you can use sweet apples.

The amount of about 4 large apples or the remains of about 8 apples make about 2 liters of vinegar.

Now enjoy your natural, homemade apple cider vinegar in healthy salads and in the applications described above. 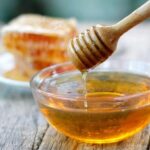 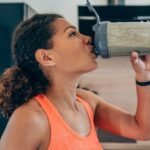