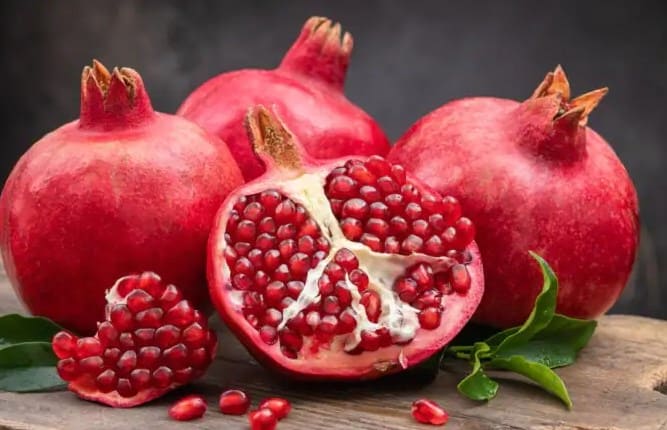 Hardly any other fruit has as much symbolic power as the pomegranate. Religious scriptures praise it as a life-giving food and Greek mythology describes it as the food of the gods. Today, scientists attribute the health-preserving effect of pomegranate to the synergy of various secondary plant substances.

Pomegranate – a symbol of life

The pomegranate has held a special position among fruits for thousands of years. The Bible repeatedly refers to the many juicy seeds inside as a symbol of fertility.

In the Koran, the pomegranate is honored as the “fruit of paradise”. In the Orient, it is considered a symbol of immortality and in ancient Greece, it was even considered the food of the gods.

Now, in the present, all these praises are given a scientific basis. In fact, our health can only benefit from the “life-friendly” properties of pomegranates.

The unique biochemical composition of this fruit has sparked a medical interest. Because pomegranate has been proven to be one of the largest sources of antioxidants and the strongest defense against disease-causing free radicals.

Among the health-promoting secondary plant substances (phytonutrients), the antioxidant flavonoids and tannins should be mentioned in particular. In addition, there are high concentrations of vitamin C, potassium, and pantothenic acid (vitamin B5).

The ability to reduce oxidative stress in the human body makes it a highly effective natural weapon against inflammatory diseases such as cancer, arthritis, and heart disease.

Studies have shown that the antioxidant effects of the flavonoids in pomegranate juice are three times more potent against cancer than green tea. This finding prompted the Journal of Agriculture and Food Chemistry to declare pomegranate juice the healthiest juice in 2008.

A new study from California recently showed that the active ingredients in pomegranate can even stop the formation of metastases in breast cancer.

Pomegranate – cancer research on the rise

Laboratory tests have repeatedly confirmed the cytotoxicity of pomegranates. The active secondary plant substances (especially ellagic acid, and luteolin) are said to be able to destroy cancer cells.

Scientific attention has so far focused primarily on the effectiveness of pomegranate extract against prostate cancer.

During an 18-month research program at Johns Hopkins University in Baltimore, USA, it was shown that the elevated PSA (prostate-specific antigen) level in test subjects who took pomegranate extract in the form of pills fell. Pomegranate juice is said to have a similar effect on the course of breast cancer.

Breast cancer is arguably the most commonly diagnosed cancer in women in the western world.

The effectiveness of three specific ingredients (primarily ellagic acid) in pomegranate juice against prostate cancer metastasis led scientists at the University of California Riverside to speculate that the same might be true for breast cancer treatment.

Scientists compared the effects of a 1% and a 5% pomegranate juice solution on breast cancer cells and on healthy cells.

The result of the laboratory tests is astounding: even the one percent solution brought cancer cell growth to a standstill in breast cancer cells.

This effect can be attributed to increased gene expression, which counteracts metastatic processes. In this way, tumor cells are prevented from spreading to surrounding tissue and spreading throughout the body.

In addition, the 1% pomegranate juice solution suppressed the attachment of cancer cells to bone tissue.

The researchers finally achieved a breakthrough in breast cancer research with the five percent solution. In this concentration, cancer cell growth could not only be stopped, a large proportion of existing cancer cells were even killed.

Cytokines are regulatory proteins (peptides) whose interaction is crucial for the immune response against pathological processes including inflammation and metastases.

Natural active ingredients against cancer, such as those found in pomegranates, therefore represent a promising alternative to chemical drugs or can at least support conventional cancer therapies in a natural way.

The investigations showed that it is not so much a specific active ingredient in pomegranate that is responsible for its anti-cancer effect, but rather the synergy between the individual ingredients that are concentrated in the pomegranate juice or pomegranate extract.

A further increase in breast cancer prevention and accompanying breast cancer therapy can be achieved with the combination of pomegranate and soy.

Soy contains the phytoestrogen genistein, which also belongs to the group of secondary plant substances and can stop hormone-dependent tumor growth.

According to a recent study, the combination of the phytochemicals from pomegranates and soy is more effective against breast cancer cells than consuming both separately. Since pomegranate juice is available year-round and Genistein can also be taken as a dietary supplement, women can take these two natural cancer inhibitors to prevent cancer easily and enjoy it at the same time!

When it comes to soy, however, you should generally pay attention to organic quality, since there are now many genetically modified soy products on the market. 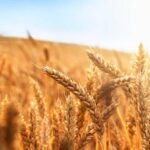 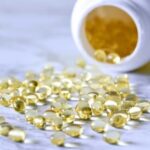