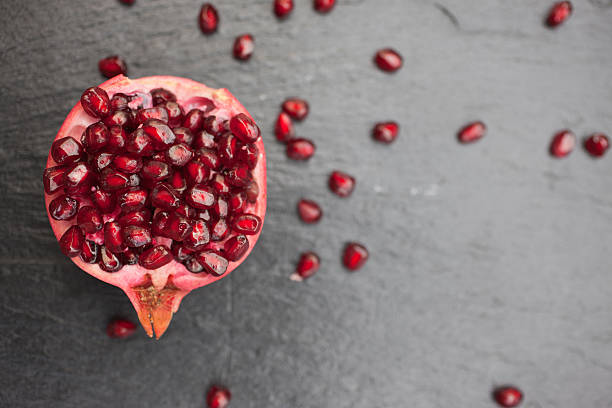 Pomegranate is used as a natural medicine for diarrhea and worm infections, its plant compounds are said to prevent diseases such as heart attacks and even cancer – and it tastes good too!

The components of pomegranate can be used in many ways. Juice is made from the fruit, oil is pressed from the kernels, peel, bark, and root are also used in some medicines. Pomegranate was used as a remedy against worms and diarrhea. However, there is no scientific evidence for this application.

The plant substances of the pomegranate have been better studied and documented: It has an extremely high proportion of polyphenols, above all flavonoids and tannins. It is known that these so-called bioactive substances have an antioxidant effect. This means: they protect the body cells from harmful influences, can slow down the aging process, and have an anti-inflammatory effect – this applies both internally and externally. Some nutritionists credit pomegranate juice with a preventive effect against cardiovascular diseases, it is also said to lower high blood pressure and help against arthritis.

In addition, pomegranate extracts are used in homeopathic preparations and are usually part of dietary supplements.

The pomegranate is usually cultivated as a shrub. If you let it grow freely, a tree that can reach a height of 5 meters develops over several hundred years. The lanceolate leaves are alternate, leathery, and stalked. Red, bell-shaped buds with a jagged edge develop at flowering time.

The fruit can reach a diameter of 10 cm. It looks like an apple, has hard, leathery skin, and is bright red to red-orange in color at harvest time. The interior of the pomegranate is divided into many chambers. The kernels, which are encased in a red, glassy seed coat, sit tightly packed inside.

The pomegranate prefers a dry and warm climate. Originally native to Southwest Asia, the plant can now be found throughout Asia as well as in the Mediterranean region. The pomegranate is even planted in southern California and South America.

Other names for pomegranate 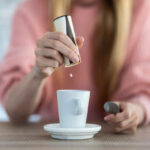 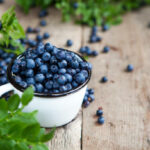