The tuber Jerusalem artichoke has many advantages: it is high in fibre, suitable for diabetics and can be prepared in a wide variety of ways. Here you can find out what you should pay attention to when peeling and cooking.

In winter – from October to May – fresh Jerusalem artichokes are in season in Germany. They taste similar to parsnips (only nuttier), score with many valuable ingredients and can be used in many ways to enrich the menu in the dark months. Read here what is important.

Peel and cook Jerusalem artichokes: you should pay attention to this

Jerusalem artichokes can be eaten raw or cooked, with or without the skin.
Process Jerusalem artichokes as soon as possible after purchasing, because the tubers dry out quickly due to their thin skin and do not keep for long.
If you want to prevent the flesh of the bulbs from discolouring, sprinkle them with a little lemon juice.
Before preparation, it is best to clean the earthy tubers with a vegetable brush and cold water and remove dark spots with a knife.
While it doesn’t need to be peeled, it doesn’t hurt either – if you prefer it without the thin skin, it’s easiest to peel it off after the Jerusalem artichoke is already cooked.
If you want to eat the tuber raw, you can add it grated or shaved to a salad (lamb’s lettuce works well).
If you want to cook Jerusalem artichoke, you should allow 15 to 30 minutes of cooking time, depending on the method of preparation.
Jerusalem artichoke can be used for a variety of dishes: for example as a puree, soup, casserole, gratin or rösti. Tip: butter or walnut oil underline the nutty aroma.

Jerusalem artichoke tubers offer a number of health benefits: They are rich in minerals such as potassium and iron, contain provitamin A, vitamins from the B group, some vitamin C and lots of fibre. Most people should definitely eat more of the latter, as a large study has shown. The high fiber content also makes the tubers very filling. Since Jerusalem artichoke is also low in calories, it is interesting for people who want to lose weight.

In addition, the fiber it contains is inulin, which has no effect on blood sugar levels. Jerusalem artichoke tubers are therefore particularly popular with diabetics. Inulin has a prebiotic effect, which means it promotes the growth of beneficial bacteria in the intestine and thus has a positive effect on digestion.

The downside of this: Under certain circumstances, consumption can lead to severe flatulence and even diarrhea in sensitive people. In this case, it can help to start with small portions so that the intestinal flora can get used to the large amount of fiber.

Jerusalem Artichoke: a bulbous relative of the sunflower

If you only use the tubers for cooking, you may have never seen Jerusalem artichoke in bloom with its small yellow flowers. In fact, the plant is a close relative of the sunflower: the botanical name Helianthus tuberosus means “bulb sunflower”. Jerusalem artichoke originally comes from North America and has also been native to Europe since the 17th century. 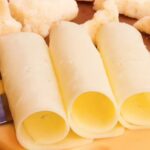 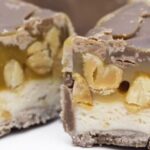