Sulforaphane is a substance that is particularly found in broccoli and broccoli sprouts. According to current studies, sulforaphane significantly improves the clinical picture of autistic people. Among other things, sulforaphane acts against free radicals and fights inflammation. In doing so, it undermines some of the mechanisms that are suspected of promoting autism. Since sulforaphane can also be used against cancer and arthritis, this is one of the most potent dietary supplements of our time.

Autism is a developmental disorder that occurs in early childhood and affects the affected person for a lifetime. Autistic people have great difficulty in social interaction and are overwhelmed by the demands of their environment. In addition, they stand out due to their unusual way of expressing themselves (e.g. their own strange neologisms, frequent questions, or stereotypical statements that do not always seem to fit the situation) as well as their generally different, sometimes extremely introverted behavior.

At the same time, most autistic people are extraordinarily intelligent and/or have so-called “niche talents” (also called island talents), for example, they have a photographic memory. It is estimated that one to two percent of people has autism, most of whom are men.

But there are apparently also means and measures that can alleviate existing autism symptoms, such as sulforaphane or intestinal cleansing, because – according to researchers in 2017 – the intestinal flora, which is often disturbed in autism, is restored and intestinal health is improved, then improve due to the close cooperation between the gut and the brain (the so-called gut-brain axis) also the symptoms of autism.

Sulforaphane is a secondary plant substance that is mainly found in cruciferous plants such as broccoli, Brussels sprouts, and radishes or their sprouts (broccoli sprouts, cabbage sprouts, radish sprouts, etc.).

Numerous researchers have already recognized the health-promoting effects of sulforaphane. For example, the substance has a strong antioxidant effect, which means that it can take massive action against free radicals in the body.

In this way, sulforaphane lowers the risk of cancer. However, sulforaphane is also extremely effective in combating existing cancer – even in an advanced stage.

The research team led by Kanwaljit Singh from the Massachusetts Hospital for Children in Lexington, USA, therefore wanted to find out whether sulforaphane could also relieve autism symptoms.

To do this, they conducted a study of forty-four autistic males aged thirteen to twenty-seven years old.

They randomly divided the study participants into two groups. The control group consisted of fifteen participants who received a placebo.

The results were amazing:

In the sulforaphane group, autism symptoms had improved by a third at the end of the 18-week study.

In the control group, on the other hand, the severity of the symptoms improved only slightly.

However, four weeks after the end of the study, the intensity of the symptoms in the sulforaphane group matched those in the control group.

This means that sulforaphane can relieve the symptoms, but does not eliminate the actual disease, so the intake of sulforaphane would have to be continued permanently.

Nonetheless, the results of this study represent a major breakthrough in autism research. The developmental disorder cannot be treated with medication to date.

Kanwaljit Singh and his colleagues explain the influence of sulforaphane on autism symptoms with different mechanisms of action.

In addition to fighting free radicals and inflammation in the body, sulforaphane also ensures that the body produces more glutathione.

This tripeptide is an endogenous antioxidant. Among other things, it strengthens the immune system and increases blood circulation. In autistic people, however, it is precisely the glutathione synthesis that is often inhibited, and the glutathione level is therefore too low.

The “power plants” of the body cells, the so-called mitochondria, also do not function properly in autism. Sulforaphane also helps here and promotes their functionality.

Broccoli alone is not enough

Incidentally, the natural sulforaphane content of broccoli and other cabbage vegetables is not sufficient to alleviate autism symptoms. The scientists, therefore, worked with a high-dose dietary supplement containing concentrated sulforaphane from broccoli sprouts.

It is therefore not enough to eat a little bit of broccoli every day in order to benefit from the sulforaphane it contains if you have an existing disease or disorder.

To get the 9 to 27 milligrams of sulforaphane used in the study, all you need to do is take one daily dose (3 grams) of broccoraphane, a product made from broccoli sprouts that have particularly high levels of sulforaphane. Effective nature’s sulforaphane broccoli extract is even higher dosed, providing 100 mg sulforaphane per daily dose. 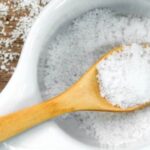 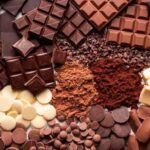