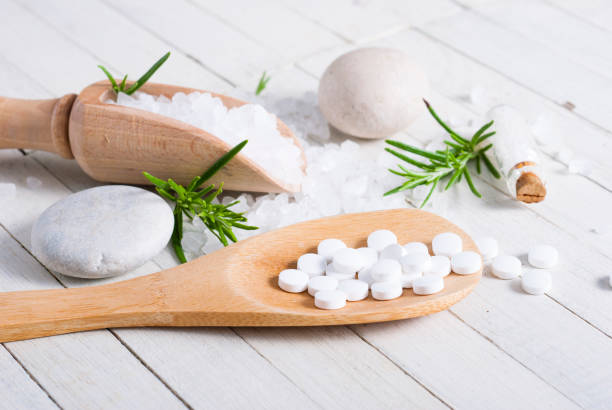 Our bodies need iron to stay fit and healthy. Sometimes the organism can absorb this mineral through food, but it does not get sufficiently into the cells or tissue and can therefore not be used optimally. Why is iron so important, what are the causes of iron deficiency, and which Schuessler salts help?

Why is iron so important and what are the causes of iron deficiency?

In the human body, iron occurs mainly in the blood, where 70% is bound in the form of so-called hemoglobin (an iron-containing blood pigment) in the red blood cells. Iron contributes to the formation of red blood cells (erythrocytes) and gives them their red color. It is important for oxygen uptake in the blood and oxidation processes in the cells and plays an important role in fighting off infections. Brain activity and muscle function depend on iron. It is stored in the body primarily in the liver, spleen, and bone marrow.

Many people suffer from iron deficiency, and it often goes undetected because symptoms are not properly recognized. Naturopath Sigrid Molineus knows the causes of iron deficiency:

“Bleeding is a major reason for iron deficiency. Women typically lose blood every month during their menses. If menstruation is heavy, this can explain iron deficiency. But undetected bleeding in the intestine or stomach can also be the cause. Other reasons are poor or irregular nutrition, physical stress, and exhaustion. Iron deficiency has very general symptoms such as exhaustion, lack of resilience, and shortness of breath, which can often be attributed to the stresses of life.”

The problem lies not only in a lack of intake through food but also in the fact that iron often cannot be properly absorbed. Some foods inhibit the absorption of iron, and some – like vitamin C – promote it. A vegan or vegetarian diet can also be responsible for an iron deficiency.

Schuessler salt for iron deficiency: which one is the right one?

Schuessler salts can help with iron deficiency so that the mineral is better absorbed again and gets into the cells. In contrast to classical medicine, which equates iron deficiency with a lack of blood, in naturopathy, according to Sigrid Molineux, the symptoms are interpreted differently.

In this way, a distinction is made as to whether iron has been used up or whether support for blood formation is required. The naturopath recognizes an iron deficiency on the edges under the eyes. Blood deficiency, on the other hand, results in the paleness of the face, pale lips, and inner eyelids.

Ferrum phosphoricum for iron deficiency: This Schuessler salt helps with high iron consumption
For Schuessler expert Sigrid Molineux, Schuessler Salt No. 3, Ferrum phosphoricum, is the first choice when the iron has been used up. “This is the case, for example, after exercise or after a feverish infectious disease. You can see the need on the face by the dark circles under the eyes”.

However, the Schuessler Salt No. 3 is not the remedy that is recommended for blood formation. It gives strength and immunity to the blood and ensures good circulation.

“To build up the blood, No. 2, Calcium phosphoricum, and No. 8, Sodium chloratum are used. To ensure a good blood build-up, all three remedies are recommended together. Because when we build blood, we need strength and we also want the blood to move,” says Sigrid Molineux.

One of the best ways to identify the need for a specific Schuessler salt is to study your face. “The facial diagnostic sign that points to the number 2, Calcium phosphoricum, is a waxy pallor on the face,” says the naturopath.

Are Schuessler salts suitable for iron deficiency during pregnancy?

The need for iron is particularly high during pregnancy. Not only your own body wants to be supplied with the mineral, but also the embryo. For the pregnant woman’s body, this means high-performance work. Iron deficiency is one of the most common problems in pregnancy.

Medication should only be taken during pregnancy after consultation with the gynecologist. Schuessler salts are a gentle alternative because they are well tolerated by the mother and the growing child and do not endanger the pregnancy. Nevertheless, pregnant women should seek advice from naturopaths and inform the treating gynecologist about taking Schuessler salts.

In addition to an iron-rich diet with legumes, meat, or pumpkin seeds, pregnant women can use Ferrum phosphoricum, Schuessler salt no. 3, to ensure the appropriate iron supply. In consultation with the treating doctor or naturopath, pregnant women can take two tablets three times a day.

To compensate for iron deficiency with pallor and weakness during pregnancy, Sigrid Molineus recommends the triple combination of Schuessler salts No. 2, No. 8, and No. 3. Ferrum phosphoricum alone is not strong enough in such a case. 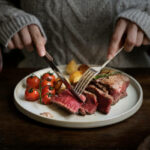 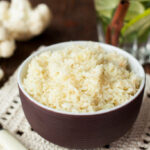