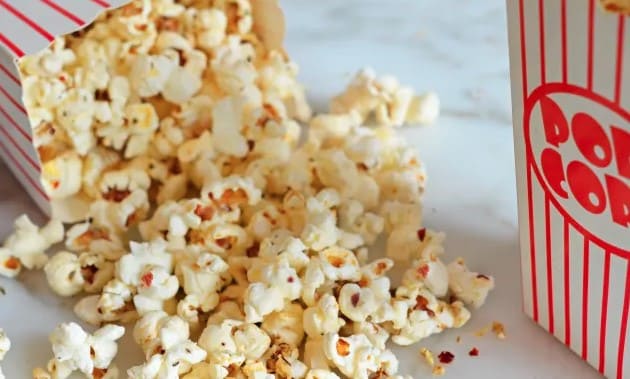 It has been known for years that artificial butter flavoring (diacetyl), such as that used in microwave popcorn, can cause a serious lung disease known as popcorn lung. In the past, diacetyl mainly destroyed the lungs of people who work in popcorn factories. Alarmingly, however, there are also sick popcorn consumers. How to avoid diacetyl fumes? What foods contain diacetyl?

The chemical called diacetyl has a strong and very distinctive buttery flavor, which is why it’s primarily used to make microwave popcorn. However, diacetyl has also been held responsible for the so-called popcorn lung (bronchiolitis obliterans) for years.

The vapors of the flavoring substance are extremely harmful because they clog the air sacs in the lungs when inhaled, which in the long term can lead to scarring of the lung tissue, enormous disruptions in gas exchange, and even death.

As early as 2000, the US health authorities reported that ten workers at a popcorn factory had contracted bronchiolitis obliterans, but this had no legal impact on the use of diacetyl at the time.

It wasn’t until seven years later, after several lawsuits against the manufacturers of artificial butter flavoring had been filed in various US courts, that the so-called Popcorn Workers Lung Disease Prevention Act was passed.

This regulation now obliges the US Occupational Safety and Health Administration to set binding standards for diacetyl.

Nothing has been done in Europe at the moment – according to the motto “wait and see and drink tea”. It was only in 2010 that the Scientific Committee on Occupational Exposure Limits (SCOEL) issued a recommendation on limit values ​​for diacetyl vapors in the workplace.

But just one year later (2011), new scientific research showed that the prescribed US and EU standards are not sufficient to really protect workers in popcorn factories.

The limit values ​​recommended by the scientists are so low that even some popcorn consumers could be at risk – and this is exactly what has already been observed:

As early as 2007, a popcorn lung case was diagnosed in a man who did not work in a popcorn factory, but who only regularly ate two bags of microwave popcorn a day. Various sources report that this was not an isolated case. But consumer protection does not seem to be interested in this until now.

The discussion about diacetyl and other food additives got the European Food Safety Authority (EFSA) to reassess various flavorings, but to date, they have apparently not been able to identify any risk to consumers from diacetyl in food.

Many microwave popcorn companies are now doing without diacetyl in popcorn to reassure their customers. However, diacetyl has now been replaced by other chemicals that are not necessarily better.

Artificial diacetyl is still found in many foods that taste like butter. These include flavored frying oils, margarine, diet products, and various snacks. Although diacetyl is also a natural component of various foods such as real butter, natural foods generally pose little risk.

The diacetyl release from butter, for example, is many times lower than that of said artificial butter flavors.

But since butter also gives off diacetyl vapors when heated, it has been discouraged for years to use butter for frying. Instead, however, there have been more and more flavored frying oils for some time, all of which smell enormously of butter and which, strangely enough, nobody advises against.

However, there are assumptions that these products also pose a health risk, since they also form vapors when roasting. Especially cooks or hobby cooks could be affected by this danger.

If you want to avoid artificial butter flavoring for these reasons, you should take a look at the ingredients. But be careful: Diacetyl can hide behind the terms “aroma”, “butter aroma” and even behind “natural butter aroma”. If you want to be on the safe side, you should generally avoid flavored products – especially those that have to be heated, since the danger with diacetyl is known to come from the vapors. 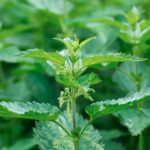 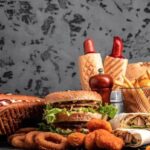