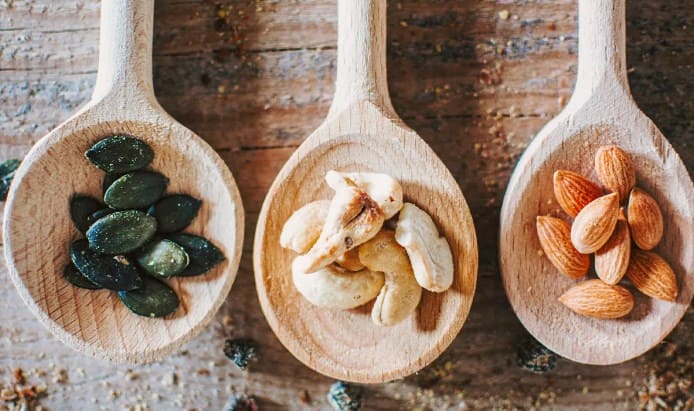 Almost a third of the adult population experiences night cramps at regular intervals. In older people, on the other hand, every second person suffers from calf cramps from time to time.

Even children are not spared from cramps in their calves. Seven percent are said to be occasionally plagued by calf cramps.

The number of people affected by calf cramps increases with age.

However, if you become active as soon as the cramps first appear, take magnesium and take other measures to combat calf cramps, you can usually successfully ward off the unpleasant nocturnal symptoms and grow older without cramps at (night) peace.

Calf cramps tend to occur at night and ruthlessly pull the affected person out of their sleep.

They manifest themselves in a sudden, stabbing pain that is caused by strong and unwanted muscle tension.

In most cases, calf cramps can be eliminated without any problems by doing certain stretching exercises (stretching the leg and bending the foot or toes towards the face). However, only until the next cramp appears on one of the following nights.

The aim of holistic treatment is therefore not to eliminate a current cramp and also not to reduce the number of cramps that occur weekly (as is the case with conventional medicine), but the PERMANENT elimination of the calf cramps.

Leg cramps can have a variety of causes. On the one hand, they can occur as a side effect of some serious diseases, such as myalgia*, peripheral arterial occlusive disease, hypothyroidism, liver and kidney dysfunction, ALS, chemical sensitivity, or the so-called restless legs syndrome.

In these cases, of course, the focus is not on the calf cramps, but on the underlying disease that needs to be treated.

Medication can also be the cause of calf cramps, e.g. B. some cholesterol-lowering drugs (statins).

So if you’re taking cholesterol-lowering drugs and have leg cramps at the same time, check the package insert that came with your medication, discuss your concerns with your doctor, and be sure to consider switching medications, or better yet:

Plan a healthier lifestyle to get your high blood fat levels under control in a healthy way, so that you don’t have to take cholesterol-lowering drugs or other medications with many side effects in the first place.

On the other hand, calf cramps often plague endurance athletes or pregnant women.

In the last third of pregnancy, every second woman complains of regularly recurring calf cramps. Athletes or pregnant women, however, rarely suffer from the serious illnesses mentioned and they only rarely take statins.

Many older people who have no other complaints are also woken up at night by calf cramps. Calf cramps can also have other causes.

Calf cramps due to mineral deficiency

In the majority of people suffering from calf cramps, the condition arises from a lack of minerals or a mineral balance that has gone out of balance.

In the first place, a lack of magnesium, sometimes a lack of calcium, a lack of potassium, or – especially in athletes – a lack of sodium come into question. A study shows that oral magnesium supplementation can improve the frequency and intensity of pregnancy-induced leg cramps. Therefore, oral magnesium may be a treatment option for women suffering from pregnancy-related leg cramps. Research has found that most athletes do not get adequate amounts of magnesium in their diet. In addition, computer analyzes of diets can overestimate true food intake.

A magnesium deficiency in particular can develop quickly these days. Alcohol and laxative abuse, chronic diarrhea, diabetes or high blood sugar levels, stress, endurance sports, and pregnancy (during pregnancy, the magnesium requirement increases by at least 50 percent) are among the factors that can cause the magnesium level in the body to drop rapidly – especially when the diet is poor in minerals and the organism cannot replenish its empty magnesium stores.

Calf cramps because the muscle cell can no longer relax

The basic prerequisite for smooth movement sequences is the perfect communication between muscles and nerves. However, this communication can only work if the mineral balance is balanced. If a muscle is to be moved, its first contract relaxes again, contracts relax, etc.

Magnesium is responsible for this stop. However, if magnesium is missing, the muscle remains permanently tense. A painful calf cramp occurs. As a result, the supply of sufficient magnesium gets to the root of the problem, while conventional medicine – as usual – usually only combats the symptoms.

In such a situation, one is happy to accept one or the other side effect – the main thing is that the malaria pathogen disappears from the blood.

In the case of basically annoying but harmless calf cramps, the question then arises as to whether one actually wants to take a remedy that also reduces blood quality, triggers fever attacks or tinnitus (ringing in the ears), kidney and liver dysfunction, respiratory tract cramps and nerve damage and in the most unfortunate cases can also lead to death – especially since some study results do not sound so convincing that one would like to take the risks of side effects from quinine sulfate.

For example, a 1997 meta-analysis found that quinine reduced the number of leg cramps by as little as one to three per week in people who had four leg cramps per week. The researchers of this study also pointed out that apparently those studies were published that showed a noticeable effectiveness of quinine in calf cramps, while it was significantly lower in unpublished studies.

Conventional medicine numbs the muscles – magnesium optimizes muscle function
The effect of quinine sulfate on the muscles is based on the following properties: Quinine reduces the ability of the muscle to react and its ability to be stimulated by the nerve cells.

So while quinine appears to actually numb the muscle (to a degree) while also increasing the chances of developing one or two new symptoms from possible side effects, magnesium treatment not only leads to healthier muscle function but a variety of other positive effects.

Finally, magnesium (unlike quinine sulfate) is an essential mineral involved in a variety of bodily functions. Since magnesium is also consumed in much too small doses today, the magnesium treatment is less a “treatment” than a healthy and long overdue balancing of the mineral balance.

Surprisingly, the American Food and Drug Administration (FDA) recognized this as early as 1994 and subsequently banned the over-the-counter sale of quinine sulfate in the USA.

Only in 2006 did the FDA again warn against the use of quinine sulfate for leg cramps.

Although it does help with calf cramps, it has a potential for side effects that is disproportionate to the potential benefit.

While quinine sulfate requires a prescription in Switzerland, the drug is still available in pharmacies in Germany without a prescription.

Magnesium is the first choice for calf cramps

A study by the American Academy of Neurology AAN examined publications on the subject of muscle spasms from the years 1950 to 2008. In most studies, both magnesium and quinine sulfate helped against leg cramps. Yes, apparently even stretching the calf muscles would have achieved good results as a preventive measure.

In its 2017 guideline on calf cramps, the Working Group of Scientific Societies AWMF also recommends treating calf cramps with magnesium preparations and stretching exercises before resorting to quinine sulfate.

For calf cramps: which magnesium preparation?

If magnesium supplements are taken orally, the amount of magnesium actually used by the body depends on the capacity of the digestive system.

As a result, people with a lack of stomach acid (which paradoxically can also manifest itself in heartburn) or other absorption problems (e.g. in chronic intestinal diseases) can often only use a fraction of minerals taken orally.

Test the available preparations for your personal tolerance. While magnesium citrate often leads to diarrhea even in small doses, the Sango sea coral is very well tolerated and its magnesium does not enter the blood all at once, but slowly and distributed over a longer period of time.

Chelated magnesium is also well absorbed and in no way puts a strain on the digestive system.

Note: If you are struggling with low blood pressure, severe kidney problems (e.g. kidney failure), or myasthenia gravis (a muscle condition in which the muscles are so fatigued that they can become temporarily paralyzed), you should not take or supplement supplemental magnesium. discuss the matter with your doctor. 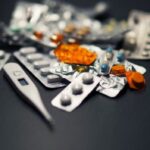 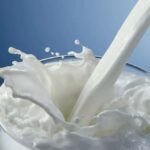