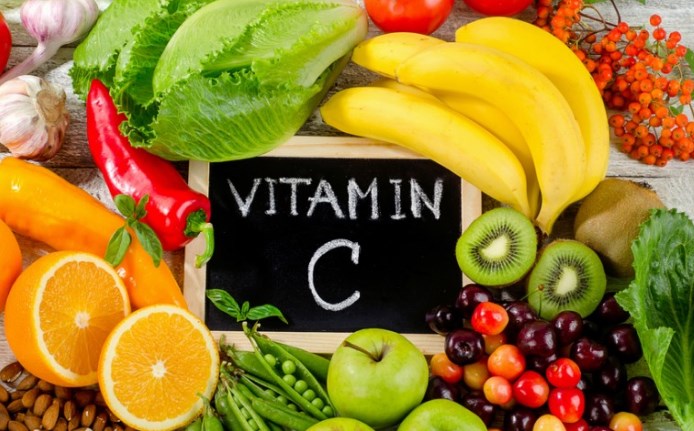 Vitamin C is essential for life – that is undisputed. However, there is a lot of discussion about how much vitamin C you should take every day. The requirement for vitamin C is officially said to be only 100 mg. Orthomolecular physicians are of the opinion that this is far from enough.

Vitamin C (also known as ascorbic acid) can protect against diseases, including cancer – the American chemist and Nobel Prize winner Linus Pauling was convinced of this. He himself took 18 g of ascorbic acid per day, far more than the officially recommended 100 mg of vitamin C per day. The fact that he died of prostate cancer of all things is often taken as proof that the high doses of vitamin C were ineffective. Sometimes his high vitamin C intake is even considered to be the cause of his cancer.

The fact that Linus Pauling only died at the advanced age of 93 is often overlooked. The fact is that no one knows whether, without the high doses of ascorbic acid, they might have died earlier or from another disease. Cardiovascular diseases, for example, are among the most common causes of death. Vitamin C, however, is considered to be particularly preventive for these diseases. But how did Linus Pauling come up with the idea that such high amounts of vitamin C could be good?

In the past, people did not have to take vitamin C

It is interesting, however, that animals that can produce vitamin C themselves produce many times the amount of vitamin C that humans consume today through food: Several grams per day and in stressful situations can increase production tenfold. Linus Pauling also concluded from this that the human vitamin C requirement is much higher than we think and, above all, much higher than we consume with the obligatory apple per day and a few leaves of lettuce. Let’s first look at the tasks of vitamin C, then the current knowledge about the right dose.

Pregnant women: 105 mg
Breastfeeding women: 125 mg
Smokers: 135 mg
Smokers: 155 mg
There are currently no official recommendations for people who are ill. However, their vitamin C requirement is likely to be significantly higher than that of healthy people. Because people with illnesses often have a vitamin C deficiency.

This deficiency can be explained on the one hand by the reduced intake of food due to the disease and on the other hand by higher oxidative stress, which means that more vitamin C is required.

In the text linked below, we have already reported that taking vitamin C reduces the time patients spend in intensive care units. The researchers who studied this are of the opinion that in the event of illness, 1000 to 4000 mg of vitamin C should be used daily (orally).

The way people eat has changed significantly over the centuries: Advances in the food industry have meant that people today probably consume far less vitamin C than they used to.

Because of the transport and storage of food, as well as its processing and preparation, large amounts of vitamin C in our food are lost.

By contrast, prior to these advances in the modern food industry, the human diet contained far more freshly picked fruits and raw vegetables. One might therefore ask whether the daily vitamin C requirement is actually not much higher than currently estimated.

The official daily requirement of newborns is 20 mg of vitamin C – orthomolecular doctors recommend 50 mg per day. What is true?

Various studies have shown that vitamin C values ​​between 50 and 90 mg per liter have been detected in the breast milk of women with sufficient vitamin C intake – defined there as 120 mg.

As a guide, the daily requirement of breast milk for a one-week-old baby is given as 200 to 250 ml of breast milk (although, of course, not every baby likes to drink the same amount). Assuming 250 ml, a baby would receive between 12 and 22 mg of vitamin C per day. This means that as a breastfeeding woman with a vitamin C intake of 120 mg per day you may not even reach the officially recommended 20 mg for your baby – depending on how much vitamin C your breast milk contains.

Since the human organism cannot produce vitamin C itself like plants and most animals (except for the higher primates, fruit-eating bats, and guinea pigs), it must be supplied. The best sources of vitamin C are fresh fruits and vegetables.

The respective vitamin C values ​​per 100 g can be found in the tables below. In order to be able to compare, foods that contain little vitamin C but are eaten frequently are sometimes also listed. At the very end of this text, you will also find delicious recipes rich in vitamin C.

The body benefits most from vegetables and herbs when they are consumed raw and as fresh as possible, as significant amounts of vitamin C are lost during both storage and cooking:

When vegetables are boiled in water, even higher amounts of vitamin C are lost because vitamin C is water soluble and some of it gets into the cooking water (e.g. 65 percent when broccoli is boiled for 5 minutes). So that the vitamin C in the cooking water does not end up in the drain, you can e.g. B. for sauces or soups.

The absorption of vitamin C

Vitamin C is absorbed in the small intestine. From there, the vitamin is absorbed into the bloodstream with the help of transport proteins and distributed throughout the body. Passive diffusion may also play a small role in vitamin C absorption from the gut, but this needs further investigation.

Vitamin C is then stored in the brain, the lens of the eye, the spleen, and the adrenal glands. During deficiencies, the brain is able to store vitamin C exceptionally well to maintain brain function – at the expense of other organs. It is assumed that water-soluble vitamins such as vitamin C are stored in the body for days to weeks, while fat-soluble ones are stored for several months. Excess vitamin C is sorted out by the kidneys and excreted in the urine.

However, the amount of vitamin absorbed depends on how much the body needs at the moment. For example, sick people, like smokers, need more vitamin C to maintain the vitamin C level in the blood. As a result, they have a higher vitamin C requirement than healthy individuals.

A severe vitamin C deficiency that lasts for several months is known as scurvy. The term ascorbic acid is derived from “anti-scurvy acid”. This vitamin deficiency disease is mainly known from old seafaring stories. From the 15th to the 18th century, scurvy was considered one of the main causes of death for seafarers due to poor nutrition and the complete absence of foods containing vitamin C on longer voyages.

The official daily requirement of around 100 mg of vitamin C is quickly reached: two oranges would be enough. However, since vitamin C requirements and the frequency of latent vitamin C deficiency are very likely to be underestimated today, it is worth taking higher doses of vitamin C than officially recommended.

Get vitamin C through your diet

However, orthomolecular physicians write that the vitamin C requirement they recommend can no longer be met through food today. And indeed: If you look at the recipes at the end of this text, all of which contain foods rich in vitamin C, you will quickly realize that you can hardly take in more than 300 to 400 mg of vitamin C per day. Higher amounts must therefore be supplied with dietary supplements.

Vitamin C in the therapy and prevention of diseases

Since vitamin C strengthens the immune system and has an antioxidant effect, it can play a role in the therapy and prevention of many diseases. According to orthomolecular physicians, all diseases involving inflammatory processes in the body can be avoided or at least positively influenced with the help of vitamin C.

Over the years, symptoms develop that are now mostly associated with old age, such as high cholesterol, high blood pressure, a weak heart, and so on. In reality, it could be a latent vitamin C deficiency.

In addition, the most well-known effect of vitamin C is that it protects against viruses. For example, studies indicate that amounts of 500 mg or more of vitamin C per day help prevent viral diseases such as colds and flu. These amounts should also be able to alleviate the course of these diseases.

Histamine also plays a role in allergies: In the event of an allergy, the body releases higher amounts of histamine than normal. This leads to typical symptoms such as a runny nose, itching, and irritated mucous membranes.

Researchers at the University of Erlangen found that 7.5 g of ascorbic acid administered intravenously reduced elevated histamine levels by around 30 percent. However, the question of how vitamin C should best be supplied in order to reduce the histamine levels of allergy sufferers and people with histamine intolerance in the long term has not yet been clarified. Because it is not known how quickly the histamine level rises again after the infusion.

Oral vitamin C intake that can be spread throughout the day would probably be the best solution for lowering histamine levels in the long term.

A study of around 47,000 male participants found that a daily vitamin C intake of up to 1500 mg reduced the risk of gout attacks by 45%. However, doses below 500 mg showed no effect. It made no difference whether the participants took vitamin C solely through their diet or with the help of dietary supplements.

Researchers concluded that getting vitamin C through diet and supplements can help prevent gout. However, the results do not allow any conclusions to be drawn about the risk of gout in women and in people who already have gout.

Gout is a rheumatic disease in which crystals of uric acid form. These crystals lead to painful deposits in the joints. Vitamin C increases the excretion of uric acid and thus reduces the uric acid content in the blood and the formation of crystals.

Cataracts are an eye disease in which the affected person’s vision becomes clouded due to oxidation processes in the eye. Studies have shown that vitamin C protects against cataracts. However, this only applies if vitamin C is ingested through fruits and vegetables. Dietary supplements, on the other hand, had no effect.

This indicates that another substance may be responsible for the protective effect together with vitamin C.

If such high doses of vitamin C as described in the previous paragraphs are used, the question naturally arises as to whether there is too much vitamin C. Since vitamin C is water-soluble and excess is excreted in the urine, damage resulting from overdoses is almost impossible.

If the body gets too much ascorbic acid at once, this can lead to gastrointestinal problems such as diarrhea. Which dose the intestine reacts sensitively varies from person to person. As always, you should listen to your body. Vitamin C from fruits and vegetables would be better tolerated, but this means that higher doses can hardly be absorbed.

Basically, taking high doses of ascorbic acid – whether orally or intravenously – is considered safe. If you compare the symptoms of some diseases or the side effects of some medications with the risk of temporarily getting diarrhea, the decision is easy for some people. 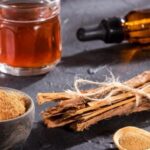 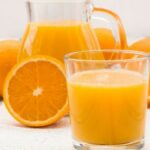