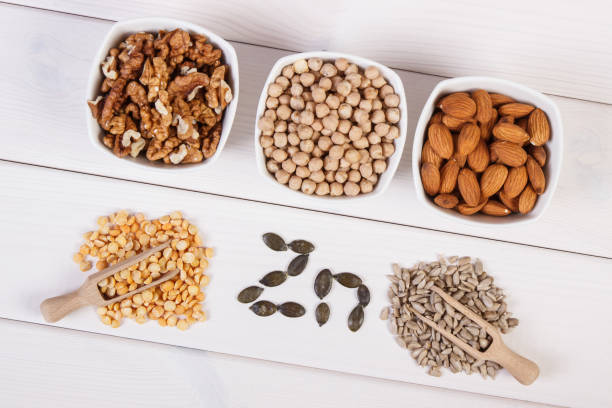 Contents show
1. What is zinc deficiency?
2. Zinc has numerous functions in the metabolism
3. Animal foods such as meat, fish, and seafood contain zinc in particular

Zinc is one of the most important trace elements in humans. A zinc deficiency can impair a wide range of bodily functions. Typical symptoms are, for example, high susceptibility to infection and poor wound healing.

Along with iron, zinc is one of the most important trace elements for humans because it is involved in almost all metabolic processes. Since the human body cannot produce the trace element itself, it is dependent on sufficient intake of food. Animal foods in particular are rich in zinc. If people consume too little zinc in their diet, they become deficient. This can affect a variety of bodily functions. Typical symptoms of a zinc deficiency are, for example, high susceptibility to infections and poor wound healing.

What is zinc deficiency?

A zinc deficiency always occurs when the body is not sufficiently supplied with the mineral zinc. Along with iron, zinc is one of the most important trace elements for humans. This is mainly because the chemical element is a component of over 200 enzymes. Enzymes are proteins that drive our metabolism like a motor and are therefore involved in almost all processes in the human body. Without enzymes, not a single cell in our body is able to function and survive.

Zinc has numerous functions in the metabolism

Since a large part of our enzymes can only work properly in the presence of zinc, a zinc deficiency affects a variety of different bodily functions. Protein metabolism in particular is impaired – and with it all processes that are dependent on the production of endogenous proteins. This includes important processes such as body growth, cell proliferation, and wound healing.

Animal foods such as meat, fish, and seafood contain zinc in particular

In order to avoid zinc deficiency, it is important to eat enough zinc-containing foods. The German Society for Nutrition (DGE) recommends a zinc intake of ten milligrams per day for men and seven milligrams per day for women. Since zinc is contained in particular in animal foods such as meat, fish, and seafood, a zinc deficiency is rather rare in meat-loving Germany. Malnourished, old people, vegetarians and vegans, young people, children, and competitive athletes who have an increased zinc requirement are considered to be particularly at risk of zinc deficiency. 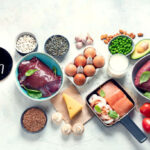 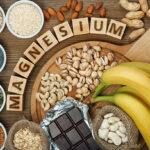