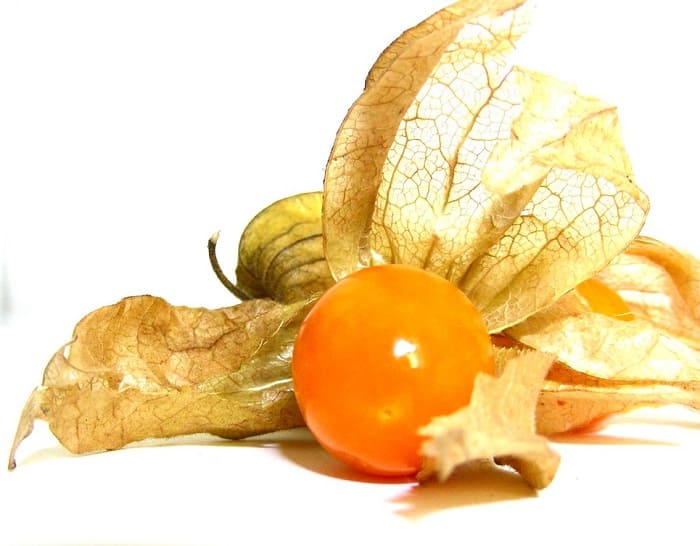 Enjoying physalis, also known as Cape gooseberry or Andean berry, is worthwhile in many ways: because physalis has a lot to offer in terms of health. In addition to a high protein, beta-carotene and vitamin C content , it also provides important minerals such as iron .

The sweet and sour, aromatic fruits hide behind a brown, papery shell (petals). These must be removed before consumption. The Cape gooseberry can be used in many ways in the kitchen : raw, dried or boiled down as jam and chutney.

Physalis originally comes from South America . The fruits, which are about the size of cherries and which are available in our supermarkets, also come from there. Except in winter: between November and June, South Africa is the main supplier. From a purely botanical point of view, the physalis plant belongs to the nightshade family. It is closely related to tomatoes. The herbaceous physalis bush therefore even thrives in our latitudes . Local berries can be harvested in late summer and early autumn.

Physalis provide plenty of beta-carotene. The nutrient is also known as provitamin A because the body can convert beta-carotene into vitamin A. Vitamin A, in turn, ensures that the visual process in the eyes works well. It is a component of the visual pigment rhodopsin, which is important for night and twilight vision.

People who suffer from a vitamin A deficiency often notice it first because they can no longer see so well at night. In addition to night blindness, an insufficient supply of vitamin A can also result in inflammation of the cornea and dry eyes. In children, a deficiency can be particularly fatal and, in severe cases, can lead to blindness.

About 20% of a muscle consists of protein. It is an important building block for building, maintaining and repairing muscles . The body also needs protein for the immune system and for the formation of hormones and enzymes. The German Nutrition Society recommends a daily protein intake of 0.8 grams per kilogram of body weight for healthy adults – preferably from both animal and vegetable sources.

Compared to other types of fruit, the protein content of fresh physalis is relatively high at 1.9 grams per 100 grams . The same amount of apples, for example, contains only 0.3 grams. Athletes in particular can benefit from a Physalis snack in between. Because physical training increases the protein requirement.

Physalis provide a lot of beta-carotene. This phytochemical is not only good for the eyes. The vitamin A formed from it is also an important nutrient for the skin. It supports cell division and helps the skin to regenerate better.

Vitamin A is also known as an antioxidant . This means that it can render reactive oxygen particles – so-called free radicals – harmless. Experts hold these metabolic products responsible, among other things, for the fact that the skin ages.

The vitamin C contained in physalis also has an antioxidant effect. It is also important for the formation of collagen . The connective tissue protein is an important component of the skin and makes it smooth and supple

Anyone who eats Physalis can use it to strengthen their immune system. This is made possible by the high content of beta-carotene. The body forms vitamin A from it. It ensures that the barrier function of the mucous membrane cells in the respiratory tract, in the gastrointestinal tract or in the urinary tract remains intact. This makes it difficult for pathogens to enter the body. In addition, vitamin A supports the production of antibodies .

The vitamin C also contained in physalis is important for a functioning immune system. As a radical scavenger , it protects against cell damage and increases the absorption of iron from the small intestine. It is known that vitamin C does not protect against colds, but can shorten their duration somewhat.

1.3 milligrams of iron is contained in 100 grams of fresh physalis. The body cannot produce iron itself, it has to be obtained from food. For adults, the recommended daily iron intake is 10-15 milligrams.

The trace element is involved in many important metabolic processes in the body. For example, it is a central component of the red blood pigment and is involved in the transport of oxygen in the blood . It also plays an important role in supplying cells with energy, synthesizing DNA (the body’s genetic information carrier) and fighting off infections .

If the body lacks iron, it weakens the whole organism. The first signs are, for example, tiredness and increased susceptibility to infections . If there is an iron deficiency, the so-called scavenger cells of the immune system work less actively. In addition, fewer lymphocytes (white blood cells) and antibodies are formed.

The physalis – also called Andean berry – is not only delicious. The orange, cherry-sized fruit also provides many ingredients that make a valuable contribution to health. Their high protein content, for example, makes them a good source of vegetable protein.

Physalis also contains a lot of beta-carotene. The secondary plant substance is healthy in several respects: As a radical scavenger, it protects against cell damage. In addition, the body forms vitamin A from beta-carotene. This not only makes the eyes and vision strong. The skin and the immune system also benefit from it.

In addition to beta-carotene, physalis also provides vitamin C and iron. Both strengthen the immune system and help the body to protect itself against pathogens. 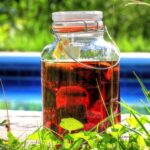 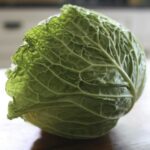