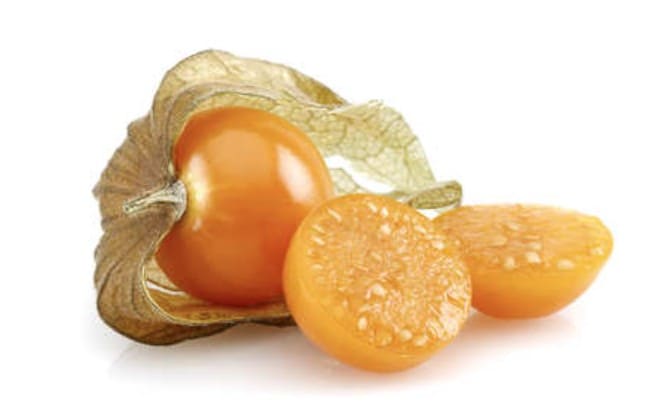 How healthy are physalis? The Cape gooseberry has exciting nutritional values as well as many vitamins – and we will also answer the question of whether physalis are poisonous and how many calories they contain.

Physalis are tasty, small fruits. But how healthy is the Cape gooseberry really?

She’s small, she’s sweet, but she’s also tart. And beautifully packaged in a lantern – the Physalis (lat. Physalis peruviana). But also edible? The answer is yes, at least the ones available in the supermarket.

The name Cape gooseberry has already been mentioned, but most people don’t think of South America when they hear the word Cape, but of the Cape of Good Hope in South Africa. So why this name for the healthy physalis?

In any case, it has nothing to do with Cape Horn at the southern tip of South America, but actually with the Cape of Good Hope. Portuguese seafarers brought the plant from South America and planted it there. The plant liked the climate, which is why the name Cape gooseberry ultimately developed.

However, another German name for the physalis fruit points to its original homeland: Andean berry. And even today, physalis usually comes to our supermarket shelves from South America and the Andes region, more precisely from Colombia. However, it is grown almost everywhere in the world from India to Africa and Australia to southern France, so that it can have a different origin depending on the season.

An interesting aspect is: unlike bananas, for example, the fruits have to be picked when they are ripe because they no longer ripen. While the sticky layer on the physalis isn’t toxic, it’s better to wash the fruit before eating it, as there may be residues of pesticides on the skin. But what is the nutritional value of physalis and is it really healthy?

Physalis: Nutritional values ​​and ingredients of the Cape gooseberry

In Germany, the fruit of the exotic plant is simply marketed as Physalis, i.e. simply under the first part of the Latin name. But what nutrients are in a physalis? What makes Physalis healthy?

There are a few surprises in the berry because it is full of valuable nutrients. According to the US Department of Agriculture and Apotheken Umschau, the physalis ingredients include minerals and vitamins:

In addition to the Physalis vitamins and Co., the Physalis nutritional values ​​are not bad. The berries contain per 100 g on average:

So physalis is healthy, but the little berries also have calories, albeit not a lot. 100 grams of physalis – that’s usually a whole bowl – usually contain 53 kcal. So Physalis calories are there, but not too many – they are a good part of a healthy diet.

There is no doubt that physalis are healthy. In addition to its good nutritional values, the Andean berry can even score on another level – at least the plant itself. After all, the delicious berries also grow on a plant.

The leaves of the physalis plant are used in South Africa, for example, as poultices against inflammation, and the Zulu are also said to use a tea made from the leaves to treat children’s stomach problems, as star botanist Julia F. Morton once reported in her work “Fruits of warm climates”. . Kenyan scientists also write in the African Journal of Ecology about the use of plant parts as a remedy against diarrhea. If you’ve ever wanted to try this, you should ask your doctor, pharmacist, or herbalist for advice.

However, the Physalis peruviana also has a relative that is often used as an ornamental plant in this country: the lantern flower. Especially in autumn we enjoy the red glowing lanterns in bouquets and as a decorative element. But can you also eat the lantern flower? After all, apart from the color, it looks extraordinarily similar to the Physalis.

In fact, the two plants are related to each other, because the two nightshade plants (fun fact: also related to the tomato!) belong to the bladder cherry genus. The botanical name for the lantern flower is therefore physalis alkekengi. In any case, the leaves of the lantern flower are considered to be slightly poisonous – you should therefore not try the applications mentioned with the plant parts of this flower. Because this physalis is slightly poisonous in the leaves.

With the berries of the lantern flower, the whole thing is controversial, which is why they are not used as food. In any case, it is better not to try the berries of this native physalis. The effect could be unpleasant, because even slight symptoms of poisoning are known to be no fun. In terms of taste, the fruits should also have a rather bitter note, so they are not necessarily edible in principle.

Physalis: sustainable or harmful to the climate?

Physalis are – as you now know – particularly healthy. But are physalis also sustainable? This question is difficult to answer, because it all depends on where the consumed fruit comes from and how it got to you.

As you can imagine, the route from South America to Europe is not necessarily short – and growing areas such as South Africa, the Philippines or India are not much closer. Therefore, the transport usually takes place by plane, which is not necessarily sustainable.

The healthy physalis from France are less harmful to the climate – or even local physalis, which are in season between August and October. However, these are rarely on the market in Germany – and due to the small amount cultivated, they are probably also significantly more expensive, but better for the climate. Ultimately, it can be said that physalis is healthy, but not necessarily climate-friendly because it comes from far-off countries. It is therefore almost worthwhile simply growing the plant yourself, because it also thrives here and is considered to be easy to care for. 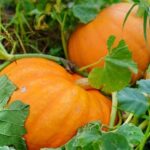 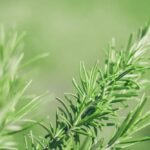