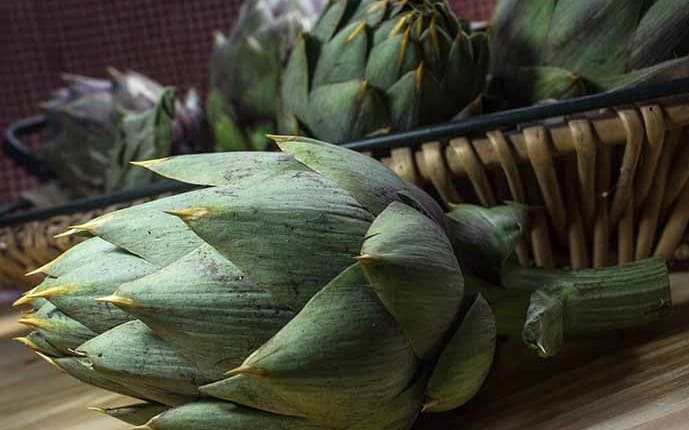 Artichoke is an ancient medicinal plant. In the form of artichoke extract, it can be used to treat the symptoms of a nervous stomach, promote bile flow, and aid in digestion. The extract is also very helpful for flatulence or for detoxification. Here you can find out what other effects the artichoke extract has and how to take it.

Artichoke extract: effects of the leaves and flowers

Artichokes are not vegetables, they have a heart – says Amélie in the French film “The Fabulous World of Amélie”. Apparently, a heart for people, because an enormous healing potential lies dormant in the artichoke (Cynara scolymus).

Amélie meant, of course, the flower buds of the artichoke, the inside of which (the “heart”) is eaten as a vegetable. The flower buds contain, for example, inulin, which feeds the beneficial bacteria in the intestine and can thus ensure a healthy intestinal flora.

Artichoke extract is made from both the flower buds and leaves of the artichoke and has been used as a traditional medicine for hundreds of years. Because the artichoke was already used by the ancient Egyptians, Greeks, and Romans as food and medicine. Last but not least, extensive illustrations on the walls of the pharaoh’s burial chambers suggest this.

Artichoke extract is a proven remedy

In ancient times, the leaves and flowers of artichokes were used to stimulate digestion for digestive problems. As is so often the case, modern science only discovered centuries later in its studies that the artichoke is actually a choleretic, i.e. a substance that improves the flow of bile and thus also promotes digestion.

Responsible for the diverse healing effects of the artichoke is its high proportion of flavonoids and bitter substances such as cynarin. The content of cynarin and flavonoids is often higher in the artichoke leaves than in the flowers, which is why the leaves were preferred for the production of extracts. For medicinal use, the leaves are harvested before the flowers sprout, as that is when they have the highest concentration of these medicinal substances.

Nowadays, however, artichokes are specifically bred for medicinal use in order to achieve the highest possible content of active ingredients. For this reason, extracts from the flowers are no longer uncommon: The flowers of some artichoke varieties can now also have a high content of secondary plant substances, which is why they are also suitable for the production of extracts.

The effects of artichoke extract

The following medicinal properties and effects of artichoke extract are now known (2). Of course, we have to point out that if you want to try the extract, you should always discuss your intentions with your doctor!

Artichoke extract for the nervous stomach

Artichoke extract can be used in digestive disorders in the upper abdomen (functional dyspepsia) such as. B. nausea, bloating, belching, heartburn, bloating, and premature satiety. The extract also has a good effect on vomiting due to its antiemetic (reducing nausea) and antispasmodic properties. Possible serious causes of these symptoms should of course be ruled out in advance.

In a double-blind and placebo-controlled clinical study from 2015 (University of Pavia/Italy), artichoke extract was administered together with ginger for 4 weeks to subjects suffering from functional dyspepsia: the feeling of fullness after eating, flatulence, nausea, and other symptoms typical of the stomach they had also been tormenting her for over 3 months.

After just 2 weeks, all symptoms in the artichoke group had improved significantly, while the placebo group was now doing worse than at the beginning of the study.

Because artichoke extract improves bile flow and promotes pancreatic function, it may also optimize nutrient utilization in this way. After all, you can only absorb all nutrients and vital substances from food in the best possible way if sufficient digestive juices (bile, pancreas) are available and digestion can thus proceed well and without symptoms.

Artichoke extract instead of cholesterol-lowering

In some cases, artichoke extract could also be an alternative to statins (cholesterol-lowering drugs), which can have a number of unfavorable side effects, such as B. muscle problems and diabetes.

A 2018 review came to the same conclusion: Artichoke extract significantly lowers LDL cholesterol while having little effect on HDL cholesterol. Nine studies were examined, involving a total of 702 subjects who took between 500 and 2700 mg of artichoke extract per day.

Artichoke extract could also prevent blood sugar spikes after meals and thereby prevent food cravings, according to findings from animal studies. This is a very good requirement for people who want to lose weight.

Taking 600 mg of artichoke extract daily for 8 weeks also led to an improvement in people with already elevated blood sugar levels: The test subjects’ fasting blood sugar dropped significantly by around 10 percent, while no significant difference was found in the control group.

For example, people with non-alcoholic fatty liver consumed 600 mg of artichoke extract per day for 2 months. Compared to the control group, which did not take anything, the artichoke group had a better blood supply and smaller livers, indicating less fat storage.

In addition, artichoke extract could protect the liver from damage caused by paracetamol. Paracetamol is an antipyretic and pain-relieving drug commonly used in medicines. Long-term use or overdose of paracetamol can lead to what is known as liver poisoning.

In addition, in the case of liver diseases, tea can be prepared from the typical liver medicinal plants, of which 2 to 3 cups are drunk daily:

All ingredients are mixed in equal parts, ground in a mortar, and poured over a cup (150 to 200 ml) of hot water per teaspoon. After 7 minutes of steeping time, the tea is ready.

An Iranian study has also shown that artichoke extract can provide some protection against insidious lead poisoning in rats. Lead or other liver-damaging toxins increase liver values ​​(e.g. ALT, AST) and ALP (alkaline phosphatase). However, if the rats took artichoke extract as a preventive measure, these liver values ​​dropped. The researchers involved wrote in their conclusion:

Chelating properties are found in substances called chelating agents, which the research found artichoke extract to be a part of. Chelating agents form poorly soluble complexes with toxins in the body, which can then be excreted in the urine or stool.

Artichoke extract is an antioxidant

Due to its high flavonoid content, artichoke extract has an antioxidant effect, i.e. it protects the body cells from free radicals, reduces oxidative stress, and could thus reduce the risk of cancer and chronic diseases of all kinds. Its antioxidant effects are evident from cell and animal studies.

The flavonoids contained in artichoke extract include B. apigenin, a secondary plant substance that has already made a name for itself in studies.

So what does it mean when the artichoke stimulates the flow of bile when encourages regeneration of the liver cells when helps eliminate toxins and cholesterol, and when can moderate blood sugar levels and prevent cravings? All of this points to a powerful metabolism boost, which is why artichoke extract is recommended as a weight loss supplement.

So, if you’re looking to change your diet, detox, colon cleanses, or do some other detoxification and/or shed those extra pounds, you could incorporate artichoke extract into your program.

For the best possible effect, artichoke extract should be taken for at least 6 weeks, but can also be used permanently – especially when it comes to lowering cholesterol levels or regenerating a diseased liver. In the case of liver problems, it is recommended from a naturopathic point of view not only to take artichoke extract.

In the case of acute digestive problems (e.g. feeling fullness after eating), the extract can lead to improvements even with a single or short-term intake. Of course, the ideal would be not to eat anything at all, which leads to feelings of fullness or to eat slowly and chew thoroughly, which also often prevents feelings of fullness.

The daily dosage is usually 300 to 2,400 mg of artichoke extract, with doses between 300 and 600 mg being recommended for digestive disorders and doses up to 2,400 mg for liver diseases.

The daily dose should not be taken all at once but divided into at least 2 portions. It is best to take the artichoke extract 15 to 30 minutes before meals, e.g. B. before breakfast and before dinner with a glass of water.

If you choose capsules of 400 mg extract each, the artichoke extract can be easily and individually dosed (1 to 3 capsules twice a day). Pay attention to a standardized z. B. 2.5 percent cynarin content, on vegan capsules, and on the fact that it also contains choline – a nutrient that also contributes to liver regeneration.

Some artichoke preparations contain even higher levels of cynarin. In the past, cynarin was considered the main ingredient in artichokes, but today we know that its effects are also due to many other flavonoids and polyphenols. So cynarin is an important ingredient in artichoke supplements, but it’s not the only one. Artichoke supplements with a higher cynarin content are therefore not necessarily better than those with a 2.5 percent cynarin content.

Artichoke extract is rarely available in liquid form, but artichoke leaves are a common ingredient in bitter drops.

Artichoke juice can also be pressed from the buds of the artichoke flowers, which can be bought in health food stores, in pharmacies, and on the Internet. This can be taken for mild digestive problems. However, the juice is less concentrated than the extract. About 10 ml of the juice is taken 3 times a day before meals. You can drink the juice neat or dilute it with water.

If you would like to integrate artichoke extract into your colon cleanse, you could do something like this:

Example of colon cleansing with 2 shakes:

Does Artichoke Extract Have Side Effects?

Side effects are not known when taking artichoke extract. However, as a precaution, the extract should not be taken if you are allergic to artichokes or other plants from the daisy family or if you have gallstones:

Artichoke extract was traditionally taken for all complaints associated with disturbed bile flow (including biliary colic). Today, however, it is not recommended to use it if you have (larger) gallstones – precisely because there is a fear that the stones will loosen, which could lead to painful colic. In the case of small stones, the extract can be taken in consultation with the doctor in order to drain the stones. 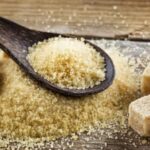 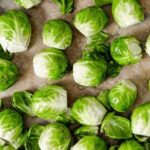