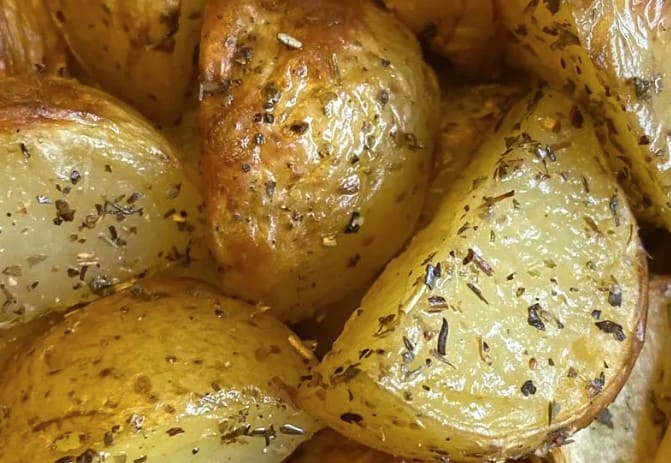 Potatoes are one of the most popular side dishes in Germany. Not only are they nutritious, they can also be used to conjure up many different dishes – whether fried potatoes, puree or potato gratin. However, one aspect is often not considered: Eating potatoes with their skins on poses a health risk.

Most of the nutrients contained in vegetables and fruit are in the peel. Therefore, the recommendation of nutrition experts is to always eat the peel, if possible. When it comes to apples, plums or courgettes, we know that they can be eaten unpeeled without any problems. But can you eat potatoes with their skins on?

Can you eat potatoes with the skin on – or rather without?

The answer to this question depends on various factors. One aspect that speaks against eating the potato peel is the pollution. This is especially true for imported goods: Before the potatoes are stored, they are treated with synthetic agents against germs and mold. By the time the potatoes end up on the supermarket shelf, the funds are declining. However, traces of it remain on the shell.

You can easily see in the supermarket whether the potatoes have been treated. Because the retailer has to put a label on the packaging that says “treated after harvest”. In the case of loose potatoes, this information must appear on the price tag.

Eating potatoes with skin: Toxic substances as a health risk

Even without the use of such agents, potatoes contain toxic substances, so-called glycoalkaloids, above all solanine. The natural toxin, which is intended to protect against predators and pests, is mostly found in and under the skin, as well as on the sprouting base and at bruises, but hardly at all in the tuber. While the solanine content in the entire potato is usually no higher than 150 milligrams per kilogram, the content in the skin reaches values of up to 1,000 milligrams. In general, the unripe and greener the potato, the higher the solanine content.

From a quantity of 40 milligrams of solanine per 100 grams of potatoes, symptoms of poisoning such as headaches and gastrointestinal complaints appear after consumption. A solanine intake of up to one milligram per kilogram of body weight is considered harmless. Children reach this amount much faster, so they should generally not eat potatoes with their skins on.

There is an upper limit for solanine of 200 mg/kg for commercially available potato varieties. However, the harmful substance should be avoided as much as possible. Potatoes that show green spots should be generously peeled. If peeling is too time-consuming for you, you can boil the potatoes with the skin on and then peel them. As a result, only a fraction of the original amount of solanine gets into the tuber, but more vitamins and minerals are retained.

Important: The potato water should not be processed further, since the solanine is transferred into the water.

Eat baked and boiled potatoes with their skins on: roasting does not reduce the solanine content

Solanine cannot be harmed by high temperatures – so it is not destroyed when roasting, deep-frying or cooking in the oven. The reason the solanine comes off the shell during cooking is due to the water, not the heat. Because of this, the toxic substance remains in the cooking water. If potatoes are cooked, deep-fried or roasted in the oven with their skins, as is traditionally done with potatoes in their skins, there is a risk of consuming increased amounts of solanine.

Which potatoes can you eat with their skins on? Storage matters!

Solanine levels can be elevated if potatoes are stored incorrectly and exposed to a lot of light. Therefore, you should only eat potatoes with their skins that have been properly stored beforehand – protected from light in the pantry or in the cellar at four to six degrees.

Don’t eat new potatoes with their skins on

From the color and the shape of the shoots, you can sometimes tell if the potato contains a lot of solanine. But: even if the potato has no visible green spots, the solanine content can be high. Because in addition to the correct storage, the variety is also an important criterion for whether you should eat the potatoes with or without the skin.

The amount of solanine varies greatly between 150 and 1,000 milligrams per kilogram depending on the variety. Studies have shown that early potatoes contain significantly more solanine than autumn potatoes. In addition, because of the use of chemicals for storage, imported potatoes have a higher contamination level than domestic, organic-quality goods.

Triplet potatoes are a special case. These are potatoes that are smaller than the norm and only measure 30 to 35 millimeters. Triplets are often discarded due to their supposed aesthetic flaws and only rarely make it into the supermarket range. The advantage of triplets is that they can be eaten with their skins on, as they contain little solanine. This is partly due to their small size and partly because they are usually covered with a lot of soil. As a result, the triplet potatoes are better protected from the sun and other influences that can increase the solanine content.

Eat potato peel? Only with these features!

There’s nothing wrong with eating the potato peel every now and then. However, the potatoes should have the following characteristics: 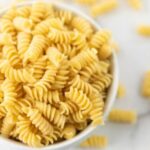 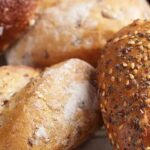