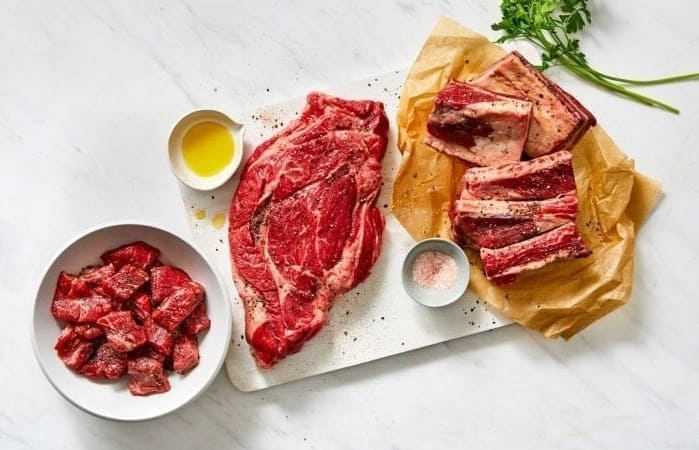 Contents show
1. The dream of many: finally eating meat with a clear conscience!
2. Evidence for the safety of eating meat is scant
3. “Giving up meat disrupts the well-being of many people”
4. The studies analyzed show that not eating meat reduces the risk of illness
5. Study 1
6. Study 2
7. Study 3
8. Study 4
9. Researchers believe that giving up meat is unacceptable
10. What was actually meant: continue to eat LITTLE meat as before!
11. What would happen if…?
12. The conscious decision against eating meat and for a holistically healthy life
13. Summary of the Questionable Circumstances of the Fleisch Study

Keep eating red meat, was the headline in Der Spiegel, because researchers had announced that red meat poses a little health risk. You can therefore simply continue to eat the usual amounts of meat. For real?

The dream of many: finally eating meat with a clear conscience!

For some, meat is simply THE elixir of life, for others, it is extremely unhealthy, namely carcinogenic and bad for the cardiovascular system. Who is right?

At the beginning of October 2019, one read in numerous news portals, such as Spiegel Online, that one could eat red meat with a clear conscience so that all previous warnings from “health apostles” could be thrown to the wind.

The basis of this “recommendation” was a new study by an international team of researchers that was published in the journal Annals of Internal Medicine. In this study, several meta-analyses were evaluated, which then led to a new nutritional tip from the researchers involved. This was: Just eat meat and sausage as usual!

Evidence for the safety of eating meat is scant

Meat consumption (whether a lot or little meat) has little or no negative impact on the risk of cancer or cardiovascular health – even if, it is added, the “scientific evidence is rather poor”. The researchers claim that reducing meat consumption (e.g. three fewer servings of meat or sausage per week) in 1,000 people would only lead to “a handful fewer cases of diabetes and death from cardiovascular disease”.

Three servings of meat are about 300 g. Some people eat that amount for breakfast alone. It is therefore a minimal reduction in meat consumption!

“Giving up meat disrupts the well-being of many people”

However, it was particularly important for the researchers to point out that “people who eat a lot of meat simply like to do so”. It increases their well-being. Forcing them to abstain would disrupt their well-being, which in turn could be detrimental to their health in the long term—a view that suggests extreme selfishness, a lack of empathy with our fellow creatures, or just plain thoughtlessness.

After all, the researchers had the decency to point out other possible arguments for reduced meat consumption, namely ethical reasons and the fact that meat production is one of the biggest environmental and climate killers of all. However, if the habitual meat eater reads that far when the headline (Eat meat as usual!) already conveys everything he wants to know?

Even if the meat consumer feels impaired in his mental and emotional well-being at the thought of reduced meat consumption, it does no harm to occasionally think about the well-being of one’s own children and grandchildren. After all, how will they fare in a few decades, when the effects of meat production on the environment and climate will only really become apparent? The meat production that just didn’t come to a standstill because mum and dad lived according to the popular motto “after me the deluge”.

No, we don’t write that because Greta says so. We’ve been writing this since 1999, as long as the Health Center has existed!

At the beginning of October 2019, one read in numerous news portals, such as Spiegel Online, that one could eat red meat with a clear conscience so that all previous warnings from “health apostles” could be thrown to the wind.

The basis of this “recommendation” was a new study by an international team of researchers that was published in the journal Annals of Internal Medicine. In this study, several meta-analyses were evaluated, which then led to a new nutritional tip from the researchers involved. This was: Just eat meat and sausage as usual!

In these 5 reviews, umpteen studies with several million participants were analyzed. The final evaluation ultimately comprised 300 pages plus the “nutrition recommendation” mentioned above. This was not a newly conducted study, but merely an evaluation of existing studies.

However, one of the studies was only about finding out why many people are not willing to reduce their meat consumption so only four of the reviews will be the focus in the following.

In the first review of the 4 examined, the scientists initially found 12 randomized controlled trials on the subject of “meat consumption and cancer or cardiovascular diseases”. But then the authors decided that only one of these studies met their criteria (these criteria were judged by other experts to be too strict), namely the Women’s Health Initiative Study with 48,000 women (postmenopausal). Since ultimately only a single study was reviewed, it was not a meta-analysis (which always evaluates several studies).

It showed that reduced meat consumption could reduce the risk of disease, but only slightly, whereby the evidentiary value of the study was rated as very low.

The second review also looked at the connection between meat consumption and cardiovascular and cancer risks. Only studies with 1000 or more participants that had lasted 2 to 34 years were approved so that finally 105 studies with over 6 million participants could be evaluated. In all areas (risk of death, risk of cancer, risk of diabetes, etc.), reduced meat consumption resulted in reduced risk.

The degree to which the risk was reduced was thus classified as low. Here too, however, the probative value of the review was rated even lower.

In the third review, a distinction was made between red meat and processed meat. 62 studies with a total of over 4 million participants were selected. The result was almost identical to the second review. So a reduced risk of disease was also discovered – both from red and from processed meat. Here, too, it was said that the conclusiveness of the review was very low.

The fourth review examined 118 studies with more than 6 million participants on cancer incidence and mortality and how both could be influenced by reduced meat consumption. According to the researchers, no difference in risk could be determined. Only the risk of dying from cancer decreased when participants consumed less processed meat.

Based on this material, the scientists decided on the recommendation: continue to eat meat and also processed meat products as before!

Researchers believe that giving up meat is unacceptable

The scientists also said they believe that the possible health benefits of reducing meat consumption may not outweigh the disadvantages that come with it. Disadvantages mean that the quality of life suffers if you change your diet and suddenly have to cook differently.

Man is once again portrayed as a miserable creature who is incapable of changing his living conditions and who is not believed capable of anything, least of all the ability to make his own decisions about the type of personal nutrition.

Mind you, this is all about reducing (!) meat consumption. It’s not about being vegetarian or even vegan, yes, it’s not even about living a wholesome life or even eating whole grain instead of white bread from now on. But not even one or the other meat and sausage-free day are believed to be capable of the intellect and the willpower of the general public.

What was actually meant: continue to eat LITTLE meat as before!

In further addition, the said scientists read that with their recommendation they of course never seriously intended to question the existing official recommendations on meat consumption, which say that one should not eat more than 70 g of meat per day or 500 g per week and preferably no processed meat products at all.

The researchers were also unable to prove that meat consumption is harmless from a health point of view. They even showed that reduced meat consumption reduced the risk of illness and death, but only slightly, which could also be due to the poor quality of the existing studies. After all, it mostly only asked people about their diet with the help of questionnaires.

What would happen if…?

So if only the effects of reducing meat consumption were examined and one could observe a reduced risk of disease through this measure alone, then one could further ask:

But what would happen if you not only reduced meat consumption but eliminated it altogether if you also ate more vegetables, fruit, legumes, nuts, and seeds if you chose whole grains instead of white flour if you left out the sugar and soft drinks completely and enjoy more exercise? The results look very different. Because health does not depend solely on whether you eat more or less meat but is the result of an overall package.

This overall package includes not being forced to do something, half-heartedly trying out this or that form of nutrition, and suffering terribly because you are no longer “allowed” to eat the schnitzel, but instead thinking about the topic of your own nutritional and way of life and also with the personal influence on animal suffering and the environment.

Only then do you consciously decide in favor of a change that starts from within and as a result, you can no longer help but feed yourself in such a way that EVERYONE benefits from it: the environment, the animals, the offspring, and of course yourself.

Summary of the Questionable Circumstances of the Fleisch Study

A very good summary of the questionable circumstances of the relevant meta-analysis can be found at vegan.EU by author Guido F. Gebauer. He writes, among other things:

“The authors created their design in such a way that they massively underestimated the possible positive effects of meat reduction. On this basis, a disunited panel (group of scientists) derived its recommendations, whereby only the majority position is reported.”

Below is a selection of the points of criticism listed by Guido F. Gebauer. For more information, see his original article linked above: 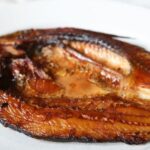 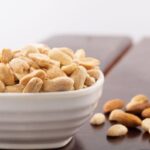