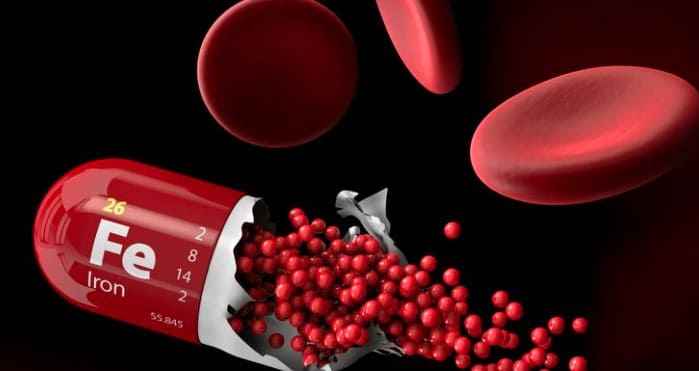 Iron is an essential trace element that performs many important functions in our body, which is why a lack of iron is associated with various ailments. But an excess of iron can also be very harmful to our health. Did you know that? Excess iron causes our cells to age faster and can even lead to a heart attack. Not only genetically determined iron storage diseases, but also the consumption of artificial iron supplements can lead to an excess of iron and its consequences. Therefore regulate your iron metabolism in a natural way.

Iron deficiency is now a common and well-known deficiency symptom associated with typical symptoms such as physical and mental exhaustion. These symptoms are related to the function of iron in our body.

In the human body, iron is mainly found in red blood cells or in enzymes involved in energy metabolism. Since the red blood cells without iron cannot supply the organism with sufficient oxygen and since certain enzymes cannot generate energy without iron, a general drop in performance is a result of iron deficiency.

The surest solution to preventing iron deficiency is a varied diet based on plenty of fresh fruit, vegetables, and especially green leafy vegetables. In some cases, iron supplements can also help against iron deficiency, but especially in people with normal iron content, they tend to lead to an excess of iron and thus possibly have too serious health consequences.

For example, taking iron supplements and the associated high iron levels are associated with a weakening of the immune system.

Some other studies came to the conclusion that an excess of iron leads to the production of free radicals, which in turn accelerates the aging process of our cells. As mentioned above, iron is normally bound to various enzymes, proteins, or transport molecules and is not freely present in the body – probably to protect our cells. If there is an excess of iron, however, all the places on enzymes, proteins, or transport molecules are already occupied, which means that the level of free iron in the blood increases.

If this formation of radicals is kept within limits, the body can intercept them with antioxidants. Antioxidants give the robbed molecules their electrons back and thereby prevent uncontrolled cell damage. But if too many free radicals are formed, logically, major damage can occur.

A type of thickening of the blood, i. H. too much iron in the body may activate coagulation, or the redox activity of iron makes the blood less fluid, either directly or indirectly, so that blood flow in the capillaries (hair vessels) is reduced.

It is also believed that women who have regular menstrual periods are less at risk of suffering a heart attack than men because the woman’s iron level regularly falls as a result of the monthly bleeding.

Looking at it from the other side, it is of course the case that women suffer from iron deficiency more often than men. However, this connection does not mean that women should take artificial iron supplements, but rather that they should focus on iron-rich foods.

The above examples clearly show that an excess of iron can have serious health consequences. There are several factors that can lead to iron overload over time. These include diseases such as sickle cell anemia, thalassemia, myelodysplastic syndrome, or hemochromatosis.

In the case of sickle cell anemia and thalassemia, a malformation of the red blood cells takes place. In myelodysplastic syndrome, blood formation in the bone marrow is disrupted. Hemochromatosis describes a disorder of iron absorption and associated increased iron storage. While genetic defects are considered to be the causes of the first three diseases, various factors can be fundamental to hemochromatosis. Genetic defects as well as other diseases or alcohol abuse can be responsible for iron storage disease.

People with a normal iron metabolism can easily cover their iron needs with a balanced and healthy diet. A healthy body can make optimal use of natural iron from food, resulting in neither a deficiency nor an excess.

When it comes to foods with high iron content, people often only talk about meat products. This is probably because meat products contain a different form of iron than plant products. Meat contains what is known as heme iron, i.e. iron combined with the hemoglobin, the red blood pigment. This heme iron is absorbed by our body more easily and quickly than plant-based, non-heme iron. Whether this fact is good or bad remains to be seen, but there are also numerous plant sources of iron that are completely sufficient to cover the daily iron requirement. A balanced vegetarian diet does not lead to deficiency symptoms such as iron deficiency – even in women.

As mentioned above, women are more prone to iron deficiency because of their menstrual bleeding. However, this is only the case if you eat too few iron-rich foods. However, an increased iron requirement can also be covered with the help of diet. It is therefore particularly important for women, but also for growing children, to integrate plenty of iron-rich foods into their diet.

While menstruation can contribute to iron deficiency, it can also naturally protect women from iron excess. Men do not have this natural protection, which is why men apparently suffer heart attacks more often. Regular blood donations can obviously have a very positive effect. But in addition to the female menstrual period or blood donation, there are also certain foods that regulate the iron balance.

Mediterranean herbs such as rosemary, sage, thyme, oregano, or cloves, for example, are known to bind excess iron in the blood and also have a great antioxidant effect. These herbs contain certain substances – so-called chelating agents, which, like red blood pigment, are able to bind iron tightly. This binding prevents excess free iron from damaging our health.

If you now eat enough iron-rich foods – such as green leafy vegetables – in combination with various spices, you offer the body the best opportunity to keep the iron balance in balance. You don’t need artificial iron preparations for this and you don’t necessarily have to go to a blood donation. With that in mind, watch your diet and stay healthy! 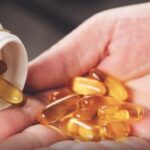 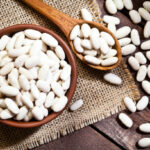