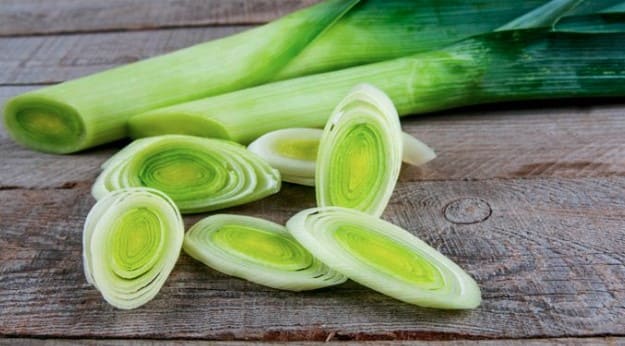 Contents show
1. Leeks: A vegetable with a glorious history
2. These nutritional values, vitamins, and minerals are contained in the leek
3. Leeks are good for the intestinal flora
4. Vitamin K: Leeks prevent osteoporosis
5. Beta carotene: Leek protects against free radicals
6. Vitamin C: Leek strengthens the immune system
7. Manganese: Leek works against depression and dementia
8. Leek – The healing effect
9. Kaempferol in leeks protects the heart and has an anti-cancer effect
10. Allicin in Leek: A Natural Antibiotic
11. Leek: what to consider when shopping?
12. What is the best way to store leeks?
13. This is how leeks are properly cleaned
14. Leek: the preparation

Leeks are versatile and healthy vegetables. It is au gratin, baked in an omelet, served with pasta, served in the form of a quiche, or made into a delicious soup with potatoes. The leek was once valued not only as a vegetable but also as a medicinal plant.

Leeks: A vegetable with a glorious history

The leek (Allium porrum) or leeks, like the onion and garlic, belong to the narcissus family but taste much milder than their spicy relatives. It has been cultivated as a vegetable and spice plant for at least 4000 years and was also a recognized medicinal plant in the past.

Who knows if the magnificent pyramids of Egypt would ever have been built if they had not served as a fortifying meal for the workers? The emperor Nero, who was plagued by airs and graces, is said to have eaten leeks every day because he believed they could improve his singing voice.

For this reason, he received the unflattering nickname “Porrophagus” (leek eater). The leek does indeed have an expectorant effect on the bronchi, but hoping for more musicality from it is probably asking too much.

From Italy, the leek finally made its way to Central and Northern Europe, where the aromatic vegetable was happily received.

The fact that the leek adorns the coat of arms of Wales (England) as a national symbol and is the main component of the Scottish national dish “Cock-a-leek”, which must not be missing on special occasions such as weddings, bears witness to this to this day. But the leek is also convinced because of its nutritional value.

These nutritional values, vitamins, and minerals are contained in the leek

Of course, like any other vegetable, the leek also contains many other vitamins, minerals, and trace elements.

However, we would like to introduce you to those that are also contained in relevant quantities in the leek, for which the leek is a particularly good source, e.g. B. for vitamin K or the special secondary plant substances listed below.

Please note that you will not eat the leeks raw in large quantities. However, if you stew, steam, boil, or whatever the leeks, then there will naturally be a loss of nutrients.

For example, 25 percent of the vitamin C is lost during steaming – one of the gentlest preparation methods. In the case of vitamin K, on ​​the other hand, losses of only about 5 percent are to be expected.

But how do the nutrients in leeks directly affect health?

Leeks are good for the intestinal flora

The leek is one of the few foods with a high inulin content. Inulin is a soluble dietary fiber with extremely beneficial effects on the intestinal flora, which is why inulin is often taken as a dietary supplement as part of a healthy intestinal flora build-up.

Regular consumption of leeks can therefore contribute very well to intestinal health. Leek not only nourishes the beneficial intestinal bacteria but also stimulates intestinal activity. People who are prone to flatulence after eating leeks can prevent this by seasoning with caraway.

Vitamin K regulates blood clotting, so the leek, as a really good source of vitamin K, can give the blood a healthy consistency again. In addition, vitamin K is very important for bone formation, as it ensures that calcium is built into the bones and not deposited on the blood vessel walls.

A study has shown that women going through menopause are less likely to develop osteoporosis if they are adequately supplied with vitamin K.

Leek is a good source of beta-carotene and is therefore also characterized by its antioxidant properties. The beta-carotene scavenges free radicals and as a result, protects the body’s cells – especially the eyes and skin – from damage.

Studies have shown that beta-carotene can prevent heart disease and protect against cancer. Unfortunately, many people cut off the green part of the leek and just throw it away. It’s better not to do this because that’s exactly where there is 300 times as much beta-carotene as in the white section.

Leeks contain a relatively large amount of vitamin C, which stimulates the immune system. So if you put healthy vegetables on your menu more often, you can e.g. B. protect against annoying colds.

If you combine the leek with iron-rich foods such as millet, you can increase the positive effect on the immune system, since the body can better utilize the plant-based iron thanks to vitamin C.

Manganese is an essential trace element and an important component of many enzymes. If you eat a lot of leeks, you can also increase the intake of vitamin B1, which in turn is important for strong nerves.

In addition, studies have shown that an increased intake of manganese is effective against depression and dementia in old age and can naturally reduce epileptic seizures.

In contrast to its sibling garlic and onion, the leek is still a stepchild of medical research and is no longer classified as a medicinal plant. In traditional medicine, z. B. the following areas of application of leeks are important:

Since the leek contains the same or similar ingredients as its medically recognized relatives, including e.g. B. sulfur-containing essential oils and polyphenols (secondary plant substances), it should finally gain more importance in the field of phytotherapy.

In fact, many experts agree that leeks can at least help prevent conditions associated with oxidative stress and chronic inflammation, such as atherosclerosis, type 2 diabetes, and cancer.

The leek is characterized by a particularly high polyphenol content and contains z. B. significant amounts of the flavonoid kaempferol. So far, various studies have shown that kaempferol can protect the inner walls of the blood vessels from damage and thus contribute to heart health. This is attributed to the fact that kaempferol intercepts and neutralizes free radicals.

In addition, there are already a number of studies that have shown that kaempferol can prevent cancer, kill existing tumor cells and prevent the growth of metastases. These research results were confirmed by a study conducted at West Virginia University.

Allicin in Leek: A Natural Antibiotic

There is a sulfur-containing amino acid called alliin in leeks. It is in the cytoplasm. The cell stores an enzyme in small cell sacs (vacuoles) – the so-called alliinase. If the leek (or garlic or onion) is crushed, the vacuoles are destroyed. The alliinase now encounters the alliin and converts it to allicin in a matter of seconds.

Allicin is responsible for the typical sharp smell and taste of leeks, garlic, and onions. It is also allicin that has a strong antibacterial and antifungal effect.

Researchers sometimes firmly believe that allicin is a natural antibiotic and could be a promising drug in the future in view of the increasing antibiotic resistance.

Appropriate preparations against fungal diseases and infections that are transmitted by parasites (e.g. ticks) are used externally. Allicin is also considered particularly interesting in cancer research because, according to various studies, it can render cancer cells harmless.

If you want to fully enjoy the valuable ingredients in leeks, you should heed the following tips when shopping, storing, and preparing them.

Leek: what to consider when shopping?

The “season gap” until June is bridged by bringing leeks grown under foil onto the market.

In any case, when buying, make sure that the leek has firm green leaves and a white shaft. If the green of the leek looks limp or damaged, it’s best to leave the spear where it is. And if the white root hairs have already turned brown, the vegetable has also left its good times far behind.

What is the best way to store leeks?

Leeks, wrapped in plastic wrap, can be stored in the vegetable drawer of the refrigerator for about five days. The foil or bag prevents evaporation and keeps the leeks’ leaves fresh and taut.

This storage method also prevents the leeks from transferring their onion-like smell to aroma-sensitive foods such as e.g. B. transfers butter or cut fruit.

The leeks also freeze well. However, since the texture and taste change for the worse when it is thawed, you should not let it thaw but continue to use it frozen. It is best to clean the leeks before freezing, cut them into fine strips or rings, and blanch them. Leeks can be kept frozen for at least 3 months.

This is how leeks are properly cleaned

The hardest part about using leeks is the prep. The shank of the leek only stays white and tender because, like the white asparagus, it is repeatedly piled up with earth as it grows. As a result, any layer of leeks can get soil that needs to be removed before cooking.

So after you have removed the outermost, not-so-attractive layer of leeks and the top tip of the green leaves, you should thoroughly clean the leeks under running water. This is particularly easy to do if you cut it lengthwise and then rinse off the individual layers. Once the leek has been freed from the earth, it’s time to prepare it.

On the one hand, leeks are excellent as a vegetable side dish, on the other hand, they can also set the tone as the main ingredient in soups, quiches, stews, and casseroles. It also goes well in pasta sauces and is also excellent in risotto.

Since leeks have an impressive seasoning power, even in small quantities, they can also be used e.g. B. mashed potatoes can be refined.

Leeks can be boiled, steamed, braised, blanched, and pan-fried. But the gentler the cooking method, the healthier the varied stick. In addition, leeks can be eaten raw (cut into fine rings) and give e.g. B. colorful salad creations its typical aromatic note.

When preparing it, also bear in mind that the summer leek tastes much better than the winter leek. The summer leek is suitable e.g. B. very good to be steamed whole like asparagus and served with a herb sauce (e.g. salsa verde).

Unfortunately, as mentioned earlier, green leaves are often considered waste, even though they contain much more medicinal compounds (e.g. beta-carotene or polyphenols). The tart-tasting leek green can be used up to 15 centimeters above the white shaft. 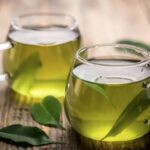 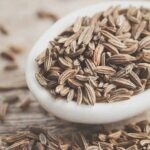