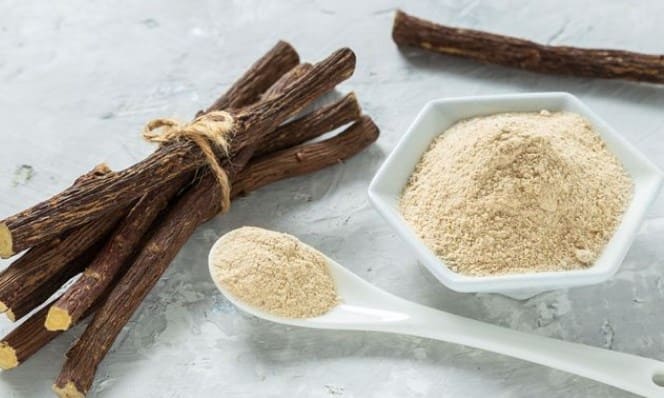 Contents show
1. Grate liquorice
2. The real liquorice – A shrub with aromatic roots
3. Liquorice, gelling agent and sugar
4. Licorice: An ancient remedy
5. With liquorice against viruses
6. Respiratory Infections – Colds and Flu
7. Used for cold and flu
8. SARS
9. HIV
10. Hepatitis C
11. This is how liquorice affects the brain
12. Effects on blood pressure
13. The possible side effects of licorice
14. When is caution required when using liquorice root?
15. Purchasing licorice: quality and origin

In times long past, when sugar was still a rare luxury for the rich, the root of liquorice was often used as a sweetener. If a not-so-rich man wanted to make his beloved happy, he would grate some liquorice and give it to her as a token of his love. Today, in a figurative sense, those people who give compliments in an exaggerated way, i.e. the flatterers and the smooth talkers, grate the liquorice.

If you don’t want to flatter, but want to rasp real liquorice, for example, to prepare tea, you don’t use the wood of a tree trunk, as you might think, but the root of a perennial shrub called real liquorice or Glycyrrhiza glabra.

The real liquorice – A shrub with aromatic roots

True liquorice originally comes from Central and Southwest Asia and the Mediterranean region. Like beans, peas, and peanuts, it belongs to the legume family and legume family. In contrast to these, however, the seeds of the perennial liquorice shrub are not used. Instead, its root is the focus of naturopathy.

There are about 20 to 30 Glycyrrhiza species. In Europe, in addition to licorice, the two types of licorice, Glycyrrhiza uralensis, and Glycyrrhiza inflata have been recognized as medicinal plants since 2005. They are both popularly referred to as Chinese licorice.

In addition, the liquorice root has been used as a remedy for thousands of years and plays a prominent role in both traditional European and traditional Asian medicine.

In traditional Chinese medicine, the liquorice root was already described in the Shennong ben cao jing, the oldest known book on medicinal plants. It was used, for example, as a tonic for the muscles and bones, to smooth the skin, and as an antidote for poisoning, and is one of the ten most important natural remedies in China today.

Licorice was also mentioned as a medicinal plant in pre-Christian times in Babylonian and ancient Egyptian sources. The ancient Egyptians used the liquorice root as a burial object, which indicates the high esteem it was held in. Since the liquorice root helps to overcome hunger and thirst, it was believed that the root could facilitate the way to the afterlife for the dead pharaohs.

The Scythians, a nomadic horse people, are said to have made use of this effect in order to be able to cross deserts and steppes more easily. They simply chewed on a piece of licorice root. Today we know that the appetite-suppressing effect comes from the fact that the liquorice root activates the satiety hormone leptin.

In Central and Northern Europe, the liquorice root only became an integral part of the medicine cabinet in the Middle Ages. The polymath Hildegard von Bingen described the remedy as effective for lung and digestive problems.

With liquorice against viruses

Viruses are considered to be the cause of influenza, SARS (severe acute respiratory syndrome), corona, herpes, hepatitis C, HIV, and many other diseases. With some of these diseases, it has long been known how well liquorice can support the therapy:

Since the liquorice root works against both viruses and bacteria and has anti-inflammatory, expectorant, antioxidant, and immune-modulating properties, it is the ideal remedy for a flu infection or the flu or cold.

A double-blind study at the National Defense Medical College in Japan showed that glycyrrhizin increases the natural immune response, inhibiting the growth of viruses and even inactivating them. Korean researchers from Chosun University also found in a study that the active ingredients in licorice root can be active against various influenza viruses. The special thing about it is that it can also be used to render resistant viruses harmless, whereas the usual anti-virus drugs – e.g. B. with the active ingredient oseltamivir – often no longer help.

Oseltamivir is an antiviral prescribed for influenza but is controversial because it is suspected of causing inflammation in the brain in children and adolescents. In comparison, natural remedies such as licorice root rarely have side effects and are also more reliable in terms of effectiveness.

Used for cold and flu

The liquorice root has proven particularly useful for coughs and bronchial catarrh. For this reason, the liquorice root is an integral part of many herbal cough syrups. While cough syrups containing codeine, for example, simply switch off the urge to cough, the saponins in liquorice root stimulate mucus production and facilitate expectoration, which promotes the natural healing process.

Since it is common to combine powerful remedies such as liquorice root with other medicinal plants, which can also increase the range of effects. B. fall back on this tea mixture (according to pharmacist Peter Theiss), which is recommended in the advanced stage of bronchitis:

Take 1 teaspoon of the herbal mixture per cup (150 ml), pour boiling water over it and let it steep for 10 minutes. Of course, pure liquorice root tea can always be drunk. However, if you have the flu, an extract will work more reliably because it is more concentrated than tea.

In 2003, the WHO classified the infectious disease SARS as a global threat. A pandemic broke out in 2002/2003, in which around 1,000 people are said to have died within half a year. A special conventional medical therapy does not yet exist and there is none in sight. Scientists from Frankfurt University Medical School discovered that glycyrrhizin can inhibit SARS viruses. They suggested considering licorice root for the treatment of SARS and more recently Corona in the future.

There is now no question that liquorice root works against the HI virus. As early as 1989, Japanese researchers published a study that showed that a daily dose of 150 to 225 milligrams of glycyrrhizin can prevent or at least delay the onset of AIDS. After two years, 3 out of 10 patients in the control group developed AIDS or died, while all 10 patients in the glycyrrhizin group were spared.

It is now clear that glycyrrhizin lowers the T-suppressor cells in the blood and inhibits HI viruses. Of course, this does not mean that licorice root can cure AIDS. However, since studies have shown that highly active antiretroviral therapy (HAART) works better in combination with glycyrrhizin, it can make sense to drink liquorice root tea or take a liquorice root extract to help with an HIV infection.

In traditional Japanese medicine, liquorice root has long been used to treat chronic liver diseases. For several decades, patients with hepatitis B and C have been treated clinically in Japan with the licorice root extract Stronger Neo-Minophage C (SNMC). However, the extract is administered via injections, so we will not go into more detail about this area of ​​application at this point, as we prefer to present measures that anyone can implement at home.

This is how liquorice affects the brain

Hildegard von Bingen was already of the opinion that mental illnesses could be treated with liquorice root. And indeed, liquorice root has a positive effect on cognitive abilities and can even reduce the risk of dementia, at least in women. Because they suffer more often from Alzheimer’s than men, which u. is attributed to the lack of estrogen during and after menopause – according to a study by the University of Southern California in 2017.

If the estrogens are gone, the energy balance of the brain cells changes – and this is exactly where the liquorice root can start with its regulating phytoestrogens. Furthermore, some substances in the liquorice root activate certain enzymes (sirtuins) in the brain, which in turn protect the nerve cells and regulate the aging process.

In most cases, however, you can drink one cup of liquorice tea a day without any problems. Nevertheless, as a precaution, talk to your doctor, pharmacist, or non-medical practitioner who is experienced in herbal medicine.

The possible side effects of licorice

2.5 g of dried liquorice root is said to contain 100 mg of glycyrrhizin. For a large cup (250 ml) you can usually get by with half this dosage. Side effects, on the other hand, are only mentioned at doses of more than 600 milligrams of glycyrrhizin per day. You shouldn’t drink the tea all the time either, but that’s the case with every medicinal plant tea. After 6 weeks at the latest, you should always take a break of a few weeks before drinking the respective herbal tea again.

With high doses or long-term use, glycyrrhizin increases the body’s own cortisol level, as it inhibits the enzyme that would lead to the breakdown of cortisol. The excess cortisol now mimics another hormone (aldosterone) and an excessive aldosterone effect occurs. Aldosterone normally regulates sodium and potassium levels. Too much aldosterone causes sodium levels to rise while potassium levels fall.

Possible consequences include Water retention, muscle weakness, high blood pressure, and cardiac arrhythmias. Although the symptoms disappear quickly after discontinuing the high doses of liquorice, they are often not associated with the liquorice root. If you develop such symptoms while using liquorice root preparations, please inform your doctor in case.

In order to preventively counteract the drop in the potassium level during use, it makes sense to eat a diet rich in potassium (e.g. bananas, dried apricots, potatoes, cabbage, and leafy vegetables). When using liquorice in tea blends, there is no need to worry about overdosing.

When is caution required when using liquorice root?

Also, if you are taking medications such as loop diuretics, heart medications, cortisone supplements, and/or laxatives, you should consult your doctor before taking licorice root supplements.

Pregnant and breastfeeding women are advised to avoid licorice root as a precaution.

According to the World Health Organization, the safety of licorice root in children has not yet been scientifically established, but this is not uncommon for medicinal plants. It is therefore best to use medicines specially designed for small patients, such as tea mixtures or cough syrups with liquorice, which are available in pharmacies.

Licorice roots are available in pharmacies, health food stores, tea shops, etc. Organic quality indicates here that the drug was produced according to organic guidelines. However, the active ingredient content is not known. In pharmacies, on the other hand, liquorice roots have pharmacopeia quality. It means that this quality designation excludes pollution. At the same time, pharmacopeia requires a minimum content for the pharmaceutically relevant ingredients, which means that the effectiveness can be guaranteed.

Medicinal plants of pharmacopoeial quality are also not allowed to bear an organic seal, even if they actually come from organic production. Because they are no longer considered food, but medicinal plants.

Licorice roots become – v. a. in Asia – harvested in large quantities from their natural growth sites. In order to guarantee that wild plants are preserved in the long term, a number of projects have already been launched. You can pay attention to the FairWild certification, which also guarantees fair trade. In most cases, however, the remedy comes primarily from cultures in China, Russia, Turkey, Bulgaria, Italy, France, and Spain. 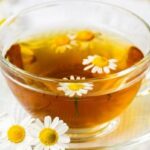 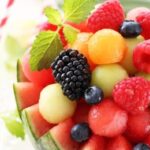