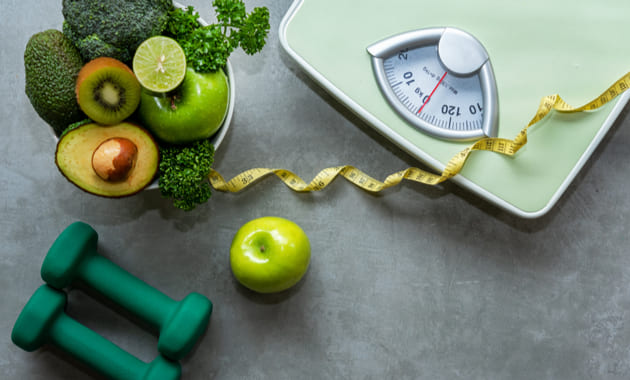 Contents show
1. Calorie information varies by source
2. Average values ​​for calorie consumption imprecise
3. Body doesn’t use all calories
4. The amount of calories varies with the preparation
5. Calorie intake depends on time
6. Every body uses calories differently
7. The purpose of our calorie system is not for losing weight
8. What is crucial when losing weight – if not the calories?

If you want to lose weight, you have to burn more calories than you take in. So far, so well known. So in spring all women rush to calorie counters – be it via a diet app, in tables in numerous diet books, or in the vastness of the Internet. It’s just stupid that many of those women still don’t lose weight, even though they count calories well. Why is that?

The answer is actually quite simple: Because they count calories, they don’t lose weight! And these are the reasons for it:

Anyone who follows calorie tables – whether on packaging or in general – initially falls into an invisible trap: the information could be wrong. As a rule, the calorie information is only a rough estimate, it is only an approximate guideline.

Some pasta packages promise 140 calories per 100 grams, others 130 or 150 calories. What sounds like little at first can add up over the course of the day with all the food consumed. In the end, there can be a difference of up to around 100 calories per day. If you follow a strict calorie-based diet, these 100 calories can definitely make a difference.

The same applies to the actual energy and thus calorie consumption: it is anything but exact. Rather, the alleged precision is an illusion. The information on calorie consumption in various sports, for example, is based on an average person. That a 5’6″, 37-year-old woman who weighs 150 pounds, has increased fat and less muscle burns as many calories while jogging as a 6’1″, a 20-year-old woman who weighs 175 pounds, low in fat and high in muscle mass is very unlikely.

In addition to weight, size, age, muscle percentage and fat percentage, the speed and frequency of jogging also play a role: Do you run 5 km/h fast or only 3 km/h? And is your body used to this sport, are your muscles built up accordingly, or are you jogging for the first time?

These numerous components play a major role in calorie consumption. That jogging for 30 minutes burns exactly 385 calories is a fallacy.

Body doesn’t use all calories

If you only look at tables and apps and find out at the end of the day that you have consumed 1,800 calories, but at the same time have burned almost as many through exercise, climbing stairs and the like, you are theoretically at 0 calories. However, it is not guaranteed that he will also practically lose weight. (Only as an aside: if you want to lose 1 kilogram of fat, you have to burn around 7,000 calories…theoretically).

That’s because food isn’t just made up of calories. They consist of roughage, carbohydrates, minerals, fats, vitamins and, and, and…! These nutritional values ​​all have an impact on our metabolism and thus our energy turnover, i.e. calorie consumption. In addition, we simply excrete some of the calories in almonds instead of storing them as fat because, for example, the cell walls of the almonds are not completely broken down (where the calories are located, among other things).

If you only rely on calorie counting, you will inevitably be in for a nasty surprise if the number of calories you eat is what you want it to be, but there are a lot of empty calories underneath…

The amount of calories varies with the preparation

The type of preparation also plays a role in the calorie count of a food. When a food is cooked, our body can digest it more easily. However, according to studies, it contains more calories than the raw product. A fried steak has more calories than tartare, i.e. raw minced meat. Nevertheless, we humans should not only eat raw foods in order to lose weight: only when many foods are heated do the vitamins and minerals they contain and which are vital for us become accessible to our body.

Nevertheless: if you read somewhere that 100 grams of ground beef has 240 calories, you should take into account that this ground meat processed into a patty contains more calories. And that applies to almost every food. For example, the calorie count of rice can be more than halved if you cook it with a spoonful of coconut oil and then refrigerate it for 12 hours, a study has shown. A general calorie count makes little sense if you do not take into account the given circumstances and the preparation.

In addition, even small changes in the preparation of the meal can halve the amount of calories, as Lucy Mountain proved. A different sauce, oil, or accompaniment can do wonders.

…and it depends on the point in time whether our body quickly burns the Nutella bread again or whether it comfortably places it on our hips or in the base of our stomach.

The old rule of thumb, breakfast like a king, lunch like a king, dinner like a pauper, has been endorsed many times by scientists. But that doesn’t mean that someone who works a night shift can only “eat like a beggar”. Because the rule is not tied to times, but is based on the inner clock: the emperor after getting up, the king at main meal and the beggar before going to bed.

In one study, a group of mice was fed a high-calorie diet between 9 a.m. and 5 p.m. A second group of mice received the same amount of calories, but spread over 24 hours. The result: the mice in the first group gained almost 30 percent less weight than the mice in the second group. The researchers concluded that eating irregularly leads to weight gain, while eating regularly helps to lose weight.

Genes have been shown to play only a small role in whether someone gains weight quickly or slowly. However, other individual factors play a relevant role in weight gain or loss. This includes:

Against this background, it is only logical that an individual diet (e.g. with a personalized nutrition plan) helps you lose weight more efficiently than just counting calories…

The purpose of our calorie system is not for losing weight

Calorie-counting methods date back to 1848 when Irishman Thomas Andrews began measuring the calorie content of certain foods. In the early 20th century, the advanced method was used to calculate how many calories a person needs per day. However, the goal was not to produce people who were as slim as possible, but to keep them alive, for example during and after the world wars. The “calories” category was sufficient for this – because, of course, a person who only eats empty calories survives longer than someone who eats nothing at all. So it was never about the quality of the calories, just the quantity.

When counting calories proved to be a matter of life and death, the method found its way into society – and is still widespread today. The negative consequences of this long-outdated technology are gradually being brought to light by doctors and scientists: there are now more overweight people in the world than malnourished people. Obesity can also lead to death in the long term: due to diseases resulting from obesity, such as diabetes, cancer, or cardiovascular diseases.

What is crucial when losing weight – if not the calories?

If you want to lose weight, you should first and foremost make sure you are full. And you are full if you consume enough of the nutrients your body needs (i.e. if possible eat no empty calories). A Tufts University study found that people who followed a filling diet (i.e., ate foods with a healthy nutrient density) lost three times (!) as much weight as those who counted calories.

Away from the calories and towards a holistic view of your eating habits – this is how successful weight loss works! It is not without reason that Weight Watchers with its points principle is still one of the most successful diet principles. It is not based solely on counting calories, but also on the protein, fat, and carbohydrate content of all foods – in short, on the nutrient density of the food. 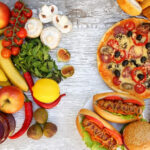 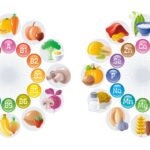