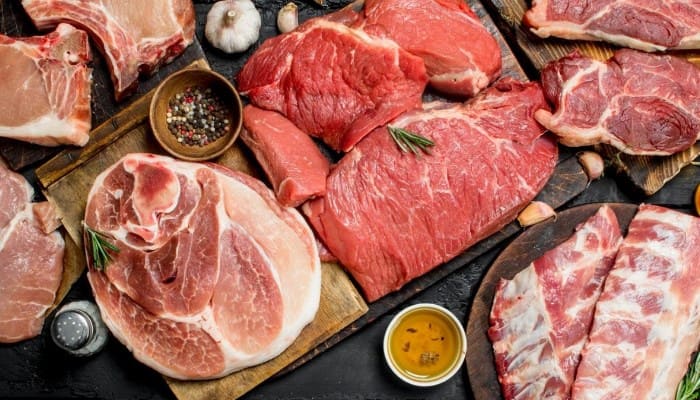 Contents show
1. Meat as the cause of Corona
2. SARS-CoV-2 originated in the animal kingdom
3. Schnitzel and steak as sources of infection from coronaviruses?
4. Meat barrels on the way from China to the EU
5. Contaminated meat from China seized in Italy
6. Inadequate indication of origin, fraudulent labeling, and black market
7. Corona prevention: Better no meat

Right at the beginning of the pandemic, animals were discussed as possible carriers of the SARS-Cov-2 coronavirus. However, the Wuhan market was far away from other countries – and so the suspicion arose that the virus could also be transmitted through imported meat or other imported animal products.

Meat as the cause of Corona

It has long been known that the consumption of animal products such as meat, milk, and eggs can be harmful to health. The more meat is eaten, the higher the risk of cardiovascular disease, high blood pressure, diabetes, and cancer, which we have already reported for you here: Meat eaters die earlier. But how can it be that you get infected with Corona through animal products from China or Italy?

According to the Federal Institute for Risk Assessment, based on the current scientific knowledge, there is no evidence that Corona can be transmitted through food or through contact with products and consumer goods. But why, in connection with SARS-CoV-2, are hygiene regulations being put forward for handling and preparing raw meat and meat products?

SARS-CoV-2 originated in the animal kingdom

In fact, 70 percent of all new viral diseases such as influenza, HIV, and Ebola originate in the animal kingdom. Same with SARS-CoV-2. Because this virus is said to have been transmitted from bats to an as yet unidentified wild animal. From there it then spread to humans at the Huanan Seafood wholesale market in Wuhan/China.

It is obvious that eating Chinese delicacies such as bat soup or pangolins is now discouraged. However, since armadillo schnitzel or stuffed fruit bats are rarely found in most European kitchens, there is no corresponding transmission path for the coronavirus in this regard. However, the question now arises as to whether the popular pork schnitzel also poses a risk of infection if the meat originally comes from China or countries with high infection rates.

Schnitzel and steak as sources of infection from coronaviruses?

In Germany, patient 0 (person from whom the spread of the disease originated) could be identified. In Italy, however, the rapid spread of SARS-CoV-2 apparently posed a mystery. As a result, other transmission routes were also considered. For example, it is already known that the Middle East respiratory syndrome coronavirus (MERS-CoV) jumped from bats to dromedaries and then to humans.

It is therefore not an irrational thought that coronaviruses could also be transmitted by local farm animals and thus through schnitzel, steak, and the like, which are consumed en masse in our regions.

Meat barrels on the way from China to the EU

Anyone who eats meat and other animal products in Europe usually suppresses the fact that these – e.g. B. in Germany to 98 percent – come from factory farming. In addition, it is readily believed that these creatures were born, raised, and slaughtered in their own homeland. But this is a misconception!

In Italy, 40 percent of the beef and 35 percent of the pork consumed there are already imported from abroad. The imported goods are cheaply produced meat from countries such as Brazil, Argentina, and China.

For example, on January 22, 2020, the Guardia di Finanza (Financial Police) in Padua sequestered around 10 tons of pork from China, imported black into Italy, and infected with African swine fever. The meat was u. destined to end up on diners’ plates in Chinese restaurants.

Although this virus cannot (yet) infect humans, the event is intended to illustrate how risky the consumption of meat has become. Who can still be sure what kind of meat they are served in the supermarket or in the restaurant, where it comes from, and what health risks it poses?

It is already clear that the coronavirus can be transmitted by eating the meat of infected wild animals. Whether domestic animals such as pigs also pose a risk, as was the case with MERS-CoV in relation to dromedaries, still needs to be clarified. The fact is that meat is very often contaminated with germs.

For example, the annual report of the Federal Office of Consumer Protection and Food Safety (BVL) in 2019 showed that around 50 percent of the chicken meat samples examined were contaminated with the Campylobacter bacterium, which causes 68,000 diseases in Germany every year. Virus-like pathogens were also discovered in beef and eggs in 2019, which increase the risk of colon, breast, and prostate cancer.

Whether animal products should be eaten at all is and remains a moral question. Who can be responsible for the fact that countless living beings are tortured in animal factories just so that we have meat on our plates every day, without which we could live very well and very healthily?

On the other hand, it should be considered what this means for our health. Because if the greed for wild animal dishes had not been so great in China, we might all have been spared the entire pandemic with all its consequences. What is also certain is that when you go shopping, you still can’t be sure where the meat actually comes from. Because the labeling of origin leaves a lot to be desired:

Would you continue to buy and eat meat if it were clear that you could contract Corona from it? Probably not! However, since it is already clear today that meat can be contaminated with germs (whatever kind) more often than we would like, you could adjust your consumption behavior accordingly.

If you want to continue to eat animal products, we recommend that you only rely on impeccable quality. Even organic meat does not guarantee good animal husbandry! Therefore, buy your meat from a small or medium-sized business in your area after you have looked at it personally. Reduce your meat consumption as much as possible and throw your frugality overboard at the latest when buying animal products. Because behind cheap meat are basically animal suffering, exploitation of employees, and inferior quality. 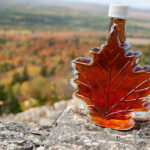 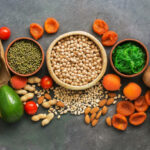