Contents show
1. Fewer diseases thanks to olive oil
2. Olive oil lowers “bad” cholesterol
3. Olive oil reduces the risk of tumor formation and depression
4. Olive oil for soft and healthy skin
5. Ideal for diabetes, obesity, and high blood pressure
6. Spanish study on olive oil
7. Olive oil has a positive influence on 100 genes
8. Olive oil is a natural blood thinner
9. Olive oil is said to have an anti-Alzheimer’s effect
10. Mediterranean diet – very different in the past than it is today
11. Pay attention to the quality of olive oil

Olive oil has been proven to protect health. Researchers are discovering more and more substances with sometimes overwhelming effects in the oil of the Mediterranean fruit, for example in breast cancer, heart disease, diabetes, and recently also in depression and the so-called metabolic syndrome.

Fewer diseases thanks to olive oil

In the Mediterranean countries, people are healthier. Far fewer people develop arteriosclerosis and heart attacks there than in our northern latitudes. The mortality rate from colon cancer is also significantly lower there. Scientific investigations, while searching for the protective factor of these people, found olive oil as a main component of the Mediterranean diet.

In countries like Greece, Spain, and southern Italy, olive oil is the main source of fat. Animal fats, on the other hand, are rarely used. Since there is an undeniable connection between the intake of animal fats and the risk of dying not only from colon cancer but also from breast cancer, prostate cancer, or ovarian cancer, those who consume high-quality vegetable fat sources, especially olive oil, clearly have an advantage grab.

In the meantime, however, it is said that the polyunsaturated fatty acids only lower the total cholesterol (i.e. not only the “bad” LDL cholesterol but also the “good” and therefore very useful HDL cholesterol).

The monounsaturated fatty acids in olive oil, on the other hand, only lower LDL cholesterol, ie the cholesterol that, under certain conditions, can contribute to unwanted deposits in the blood vessels. The good HDL cholesterol, which contributes to the removal of harmful vascular deposits, remains untouched.

Olive oil reduces the risk of tumor formation and depression

In studies, an increased intake of monounsaturated fatty acids also had an extremely positive effect on gastric and intestinal ulcers and gallstones. The gastric acid secretion is reduced by the olive oil and the formation of gallstones is prevented.

Further research showed that even the risk of pancreatic cancer can be reduced by the multiple uses of olive oil. And finally, olive oil-rich Mediterranean cuisine is also said to help prevent depression.

The high content of vitamin E and antioxidants, together with the unsaturated fatty acids, delays the aging process of human cells, especially skin cells. This effect is also noticeable when olive oil is used externally as a skincare oil. Applied right after sunbathing, it has been shown to reduce the risk of skin cancer.

It is precisely these inflammatory genes that are active in the so-called metabolic syndrome. This syndrome manifests itself in four very common health problems: diabetes, obesity (particularly in the abdominal area), high cholesterol, and high blood pressure.

So it’s a summary of those symptoms that can ultimately lead to atherosclerosis, heart disease, stroke, and many other life-shortening events. Studies have already shown that regular consumption of olive oil in diabetics leads to a favorable blood sugar profile.

A study published in the journal BMC Genomics looked at the gene changes triggered by the polyphenols in olive oil. (Phenols are found in significant amounts only in real extra virgin olive oil). The randomized, double-blind study was conducted in Spain by Francisco Perez Jimenez of the University of Cordoba and included 20 participants, all suffering from metabolic syndrome.

For a period of six weeks, the patients did not take any dietary supplements or medication and all ate the same low-fat, high-carbohydrate diet. The breakfast of the test group was prepared with extra virgin olive oil rich in polyphenols. The control group, on the other hand, had a meal with a very low polyphenol content for breakfast.

Olive oil has a positive influence on 100 genes

After meals, the subjects’ blood was examined. They checked 15,000 genes and their changes. The polyphenol-rich olive oil obviously had a regulatory impact on almost 100 genes. Interestingly, the majority of these hundred genes were directly related to the development of the metabolic syndrome, i.e. to diabetes, obesity, high cholesterol, high blood pressure, and consequently also to coronary heart disease and arteriosclerosis.

The connection between these health problems and nutrition can no longer be denied. So if even minor changes in dietary behavior – such as using high-quality extra virgin olive oil – bring such positive results, then it should really motivate everyone to change their diet towards a “Mediterranean diet”.

Olive oil is said to have an anti-Alzheimer’s effect

The latest discovery in this regard was made by scientists from the Department of Basic Pharmaceutical Science at the University of Louisiana at Monroe. Accordingly, the consumption of extra virgin olive oil can help to reduce the risk of Alzheimer’s.

Mediterranean diet – very different in the past than it is today

However, at this point, it must be defined what is meant by a typical Mediterranean diet. Fast food and ready-made pizza, UHT milk and the consumption of a lot of fatty meat are now also becoming increasingly popular in the south so the current diet of these people can hardly serve as a model today. In reality, the idea of “Mediterranean cuisine” stems from observations that took place in Greece in the 1960s.

At that time, the inhabitants of Crete and many other Greek and southern Italian regions lived on lots of fresh vegetables, freshly harvested fruits, and moderate amounts of dairy products in the form of yogurt and raw milk cheese made from sheep’s or goat’s milk.

They consumed only small amounts of fish and rarely fowl or some mutton. There were about as many eggs per week as you could count on one hand. The meals were prepared with olive oil and there was some red wine with the meal.

Today, the Mediterranean region also supplies itself almost exclusively with processed products from the food industry, consumes masses of meat and dairy products from factory farming, and the olive oil that is still used by the ton is no longer as healthy as it was a few decades ago. Therefore, the Mediterranean peoples are currently well on the way to catching up with the northern regions in terms of susceptibility to disease.

Pay attention to the quality of olive oil

Olive oil can only have all the positive effects on the human organism listed above if it is of the best quality. Low qualities, on the other hand, not only contain little or no useful ingredients but even harmful substances. 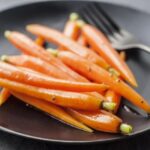 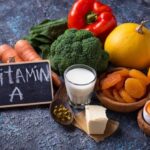