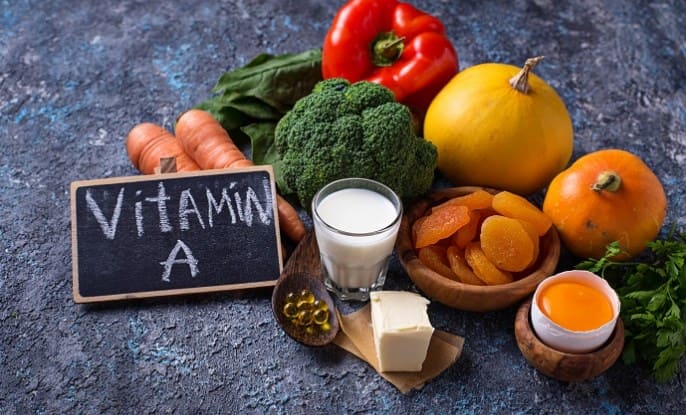 Beta-carotene was caught in the crossfire of criticism in the 1990s, but unfairly. As a source of vitamin A, intake is essential for our organism and is absolutely safe through the intake of food or through food-grade dietary supplements. A vitamin A deficiency can pose far-reaching health risks.

“We don’t need to protect ourselves from too much beta-carotene, but rather from too little! We can consider beta-carotene from foods, fortified juices, or appropriately dosed supplements to be safe.”

Prof. Hans-Konrad Biesalski from the University of Hohenheim in Stuttgart recently drew this conclusion at the 2nd Hohenheim Nutrition Talks, which he hosted. Because the Germans do not take in enough beta-carotene in their diet. They cannot benefit from the important protective functions of pro-vitamin A for health.

Did you know that our vegan cooking school will start in the winter of 2022? Be trained by vegan cooking professionals – online, of course, and cook the most delicious vegan meals from now on: wholesome, rich in vital substances, healthy, and amazingly good!

Biesalski and other leading experts from medicine and nutritional science appealed to the public to urgently improve the supply of beta-carotene and vitamin A in Germany. Vitamin supplements and the fortification of foods with beta-carotene, such as “ACE” drinks, also make a sensible contribution to this with health benefits, as long as the dosage of pro-vitamin A is not extremely excessive.

This was pointed out by the internationally renowned carotenoid and vitamin A researcher Dr. Georg Lietz from the British University of Newcastle.

As far as the repeatedly discussed safety of beta-carotene is concerned, Biesalski explained that this question only arises for very high doses in smokers, but daily amounts of up to 10 milligrams are also harmless for this population group.

For the general health of the population, on the other hand, the nutritionist sees the risk of an insufficient vitamin A supply with negative consequences, for example for the immune system, in the foreground – and this must be counteracted by a sufficient intake of beta-carotene. The average consumption of fruit and vegetables as well as liver in this country is not sufficient for this, and a significant increase in consumption is not foreseeable.

Beta-carotene was caught in the crossfire of criticism in the 1990s because, in two studies, long-term intake of very large amounts of this carotenoid (10 to 15 times the recommended daily dose) led to an increase in the risk of lung cancer and mortality in heavy smokers had.

“Science, who had hoped at the time to have beta-carotene as a miracle cure for the harmful effects of smoking, was disappointed,”

according to Biesalski. Smoking itself is of course the real risk. No negative effects were observed in non-smokers. For these, the pro-vitamin A is absolutely harmless and health-promoting and for smokers in moderate doses of up to 10 mg as well, which was also confirmed by the statements of the other speakers.

In the skin, for example, beta-carotene protects against damage that can result from intense exposure to the sun. According to Prof. Helmut Sies, Düsseldorf University Hospital, this photo-oxidative stress can be neutralized by this carotenoid.

dr Andrea Krautheim – formerly working at the University of Göttingen – reported, among other things, that a mix of beta-carotene and other carotenoids can have a positive effect on the skin’s appearance, but that beta-carotene alone cannot guarantee “skin protection from within” against UV radiation be.

Beta-carotene – crucial for vitamin A supply

In addition, beta-carotene is very important as a precursor (pro-vitamin) of vitamin A, which the body needs for a well-functioning immune system, among other things. The Germans get almost 50 percent of their vitamin A supply from pro-vitamin.

Surveys such as the most recent national consumption study NVS II have shown that a large proportion of Germans do not consume enough pure vitamin A with their food. “Up to 70 percent of the vitamin A supply in Germany must therefore be ensured via beta-carotene,” explained Biesalski.

The German Nutrition Society (DGE) recommends a daily intake of 0.8 to 1.0 mg of vitamin A (retinol) for healthy adults – as so-called retinol equivalents, which also include pro-vitamin A. In order to achieve this value, Biesalski and Sies recommend consuming 2-4 mg of beta-carotene daily.

The average population remains well below these recommendations and is therefore taking far-reaching health risks. The majority of Germans still eat too little fruit and vegetables (beta-carotene sources) or liver and other vitamin A suppliers. It is not foreseeable to what extent the consumption of these foods can be sustainably increased.

Vitamin A deficits due to beta-carotene-dependent gene variant

The same applies to Great Britain, reported Lietz. His research team has also provided initial indications that around 40 percent of all Europeans have a gene variant that only uses beta-carotene in the body to a limited extent, e.g. B. can be converted into vitamin A. Many experts doubt that the currently valid conversion factor of 1:6 (to form one molecule of vitamin A, the intake of 6 molecules of beta-carotene is necessary) is realistic.

Much speaks for a ratio of 1:12, which corresponds to a recommended intake of approx. 7 mg beta-carotene per day. According to Lietz, if one were to take into account the genetically limited beta-carotene utilization, then the recommended daily intake would even be 22 mg. Further investigations into this are currently underway.

A sufficient supply of beta-carotene/vitamin A can prevent infectious diseases
In the discussion that followed, it was suggested to pay attention to an adequate supply of beta-carotene and vitamin A, especially in the wet and cold seasons, in order to strengthen the immune system to prevent colds in particular. According to Lietz, the primary goal is a balanced diet, whereby possible gaps (e.g. insufficient consumption of fruit, vegetables, or liver) should be closed with appropriate food-grade food supplements.

Lietz added that educating the population about the needs and benefits of micronutrients such as beta-carotene is often done by journalistic nutritionists who provide objective information.

The sensational reporting that dominates in Germany in this context, which in the case of beta-carotene usually warns against the use of supplements in general – without restriction to risk groups or dosage – would unnecessarily unsettle and scare many people.

The researchers are not least responsible for the regularly recurring horror reports about dangers that supposedly emanate from vitamins. These would increasingly try to achieve a publication through spectacular theories that are based on pure observational studies or test tube experiments without proof. 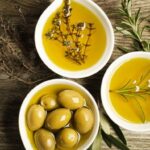 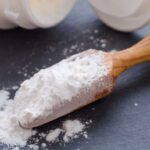