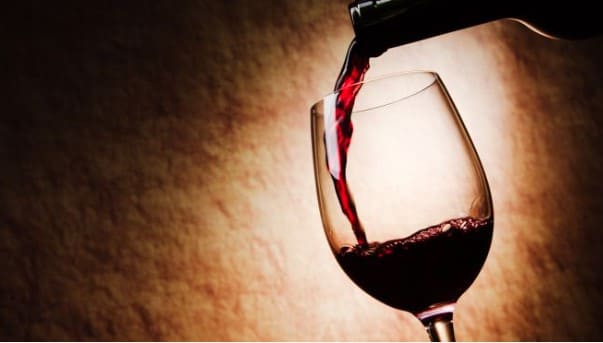 The myth of the healthy glass of red wine is still on everyone’s lips. It is undisputed that red wine contains numerous valuable ingredients, but alcohol is definitely not one of them. Red wine extract offers the opportunity to enjoy the healing active ingredients of red wine completely alcohol-free.

Wine is one of the oldest stimulants known to mankind. Finds in today’s Georgia have shown that people who have not yet settled down were already familiar with wine production around 10,000 years ago.

For a long time, people were firmly convinced that wine was a drink of the gods. The ancient Greeks and Romans held lavish festivals in honor of the wine gods Dionysus and Bacchus and saw wine as a symbol of their culture. In addition, the wine – especially the red wine – was also known as a remedy.

Hippocrates, the most popular healer of antiquity, prescribed red wine z. B. in disorders of the cardiovascular system. But even then, people knew that wine should be consumed with caution.

This fine line – between medicine and intoxicant – is also a hotly debated topic in modern research. On the one hand, red wine contains numerous ingredients such as B. resveratrol, which have a positive effect on health.

On the other hand, the alcohol it contains is undoubtedly a drug with many harmful properties. A study by a German research team found that alcohol is by far the deadliest of all substances, ahead of heroin or cocaine, and according to the World Health Organization (WHO), alcohol kills one person every ten seconds.

Red wine extract offers a sensible solution here: It contains all the healthy active ingredients of red wine, but no alcohol.

The Preparation and Benefits of Red Wine Extract

There are many different processes to produce red wine extract. In any case, the aim is to remove unwanted ingredients (alcohol is distilled off) and extract the desired active ingredients.

Another big advantage is that the concentration of active ingredients in the extract can be increased. Since red wine contains many more healthy substances than white wine, red wine and not white wine are usually used to produce a wine extract.

The wine consists of 80 to 85 percent water and 15 to 20 percent other ingredients such as e.g. B. alcohol, sugar, and hundreds of secondary plant substances, which are summarized under the umbrella term polyphenols.

The polyphenol content of the wine depends on the variety, but also on the soil, the cultivation method, and much more. Polyphenols are of particular interest in research as they are considered to be highly potent antioxidants, thus counteracting free radicals and reducing oxidative stress.

Numerous studies have already shown that polyphenols z. B. act against cancer or naturally lower the “bad” LDL cholesterol and blood pressure. The most important polyphenols in red wine extract are OPC (oligomeric proanthocyanidins) and resveratrol.

OPC is one of the most versatile, effective, and studied phytochemicals. So far it has been detected in over 500 different plants.

OPC comes e.g. B. in the red peanut skins and in apples, but especially in grape seeds and in the skin and leaves of red grapes. In the plant, the OPC protects the cells from UV radiation and parasites.

The substance works in a similar way in humans. OPC is a radical scavenger that is twenty times more effective than vitamin C. OPC also supports the cardiovascular system, strengthens the immune system, and has a strengthening effect on connective tissue. In addition, OPC has anti-inflammatory properties, helps to reduce arteriosclerosis, and lowers blood pressure.

Since OPC prevents the vascular walls from becoming too permeable, some experts also refer to this group of substances as vitamin P. The P stands for permeability, i.e. permeability. However, this should also make it clear how essential OPC is already classified by the medical side.

In France, OPC is still the most frequently prescribed active ingredient against vascular weakness. Furthermore, a Korean study has shown that OPC can inhibit the growth of colon cancer cells, and researchers from the Mount Sinai School of Medicine in New York have already been able to show several times that this can delay or even prevent plaque formation (a precursor to Alzheimer’s disease).

Researchers from the National Cancer Institute have examined plants for anti-cancer compounds and found 72 plant species that contain the antioxidant resveratrol. It was discovered that the active ingredient occurs in particular in the skin of red grapes.

While up to 0.2 mg/l was found in fresh white grape juice, up to 1.1 mg/l could be detected in red grape juice.

However, red wine contained even more resveratrol: Here the concentration was up to 12 mg/l. Like OPC, resveratrol is actually there to protect the vine and its fruit from UV light, parasites, and fungal infections.

In the meantime, however, thousands of scientific studies have shown that the active ingredient is just as helpful for humans.

For example, resveratrol is said to B. in arteriosclerosis, heart disease, arthritis, autoimmune diseases and Alzheimer’s be helpful. Resveratrol has also been found to kill cancer cells, reduce weight gain, counteract glaucoma, and even improve the effects of chemotherapy, which we’ve reported here.

Some studies have also found that resveratrol prolongs life because it can activate the sirtuin enzyme SIRT1 on its own. Sirtuins are so-called anti-aging enzymes that can prevent age-related diseases by counteracting oxidative stress and causing cell death in degenerated cells. In order to achieve the daily therapeutically sensible dose of resveratrol (up to 5 g) in the case of illness, about 8 liters of red wine would have to be drunk per day.

However, the red wine extract does not contain a single isolated active ingredient, but a whole series of ingredients. In addition to OPC and resveratrol, these include many other polyphenols that are contained in red wine, e.g. B. anthocyanins and catechins.

Compared to isolated active ingredients, this combination of active ingredients has the great advantage that it provides a comprehensive spectrum of healing properties and thus comes much closer to the natural healing power of red wine.

Furthermore, the various active ingredients in the red wine extract influence each other. For example, they reinforce each other. So activated and tenfold z. B. OPC has the effect of vitamin C, and vitamins A and E are active in the body for up to ten times as long in the presence of OPC.

In addition, a study was able to show that isolated resveratrol can be absorbed much more poorly by the body than in the form of a natural polyphenol mixture in red wine extract. And this is also the reason why more and more researchers are examining the red wine extract as a whole, instead of analyzing individual active ingredients – such as e.g. B. with regard to the red wine extract effect in arteriosclerosis.

It is known that arteriosclerosis is promoted when a certain enzyme in the body is less active than it should be. It is abbreviated to eNOS. A laboratory experiment with human cells has now shown that red wine extract promotes the production of this enzyme. It produces nitric oxide, a substance that dilates the vessels and thus prevents arteriosclerosis.

But the rise in blood lipids that occurs after eating is also a risk factor for atherosclerosis and heart disease, as blood lipid levels rise and LDL cholesterol levels skyrocket.

In one study, male volunteers were given a capsule containing 1 g of red wine extract every day for two weeks. The blood lipid level remained within limits. And a Chinese study of 23 people with high cholesterol showed that red wine extract was even more effective at protecting against heart disease than red wine itself.

A Dutch research team led by Dr. In a placebo-controlled, double-blind study, Draijer from Unilever Research & Development Vlaardingen examined the extent to which grape extract and red wine extract affect blood pressure. Both extracts are rich in flavonols and anthocyanins.

The grape extract showed no effect on blood pressure.

The application and dosage of red wine extract

In the event of illness, a higher dosage may make sense, but it is better to discuss this with a doctor or naturopath. Particular caution is required when taking medications such as immunosuppressants or cholesterol-lowering drugs, as interactions can occur.

Which product do you recommend?

Unfortunately, there are currently hardly any red wine extract capsules on the market. The product we once recommended has not been available for a few years – thanks to an unfounded warning from the consumer advice center. 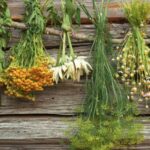 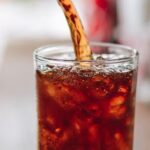