Turmeric is known for its many healing effects. The yellow root reduces inflammation, fights cancer,  and nourishes the liver. Indian scientists also recommend turmeric for use in dentistry. Turmeric reduces swelling in the mouth and teeth, improves the oral environment, and reduces the risk of tooth foci. Turmeric is even said to be helpful in eliminating mercury. You can find out from us how you can use turmeric for your dental health.

Turmeric is known in our latitudes as one of the main components of the curry spice. However, the yellow root has not only been used as a spice but also as a dye and medicinal plant in its eastern countries of origin for many thousands of years.

In India, turmeric is traditionally used as a remedy for stomach and liver diseases. Externally, turmeric is also applied to wounds, which is said to promote the healing process. Indian healers say that turmeric gives strength and vitality and gives the skin a soft glow.

Even in our latitudes, the word is slowly getting around that turmeric is much more than a spice. The yellow root is one of the top-class and best-researched medicinal plants of all.

For example, turmeric fights inflammation and is therefore used in all types of inflammation-related diseases.

Turmeric can be used just as effectively in cardiovascular diseases, acute and chronic lung diseases, liver and intestinal diseases, and especially against cancer and Alzheimer’s.

What makes turmeric so uniquely effective for so many ailments is the active ingredient curcumin contained in the spice. Curcumin may be the most dynamic anti-inflammatory compound Mother Nature has ever provided.

Curcumin is available as a dietary supplement. To increase bioavailability, the capsules should also contain piperine (an extract of black pepper).

An alternative to store-bought capsules would be to heat turmeric in a healthy oil of your choice, season with freshly ground black pepper (piperine!), and mix together into a gooey paste. One spoonful of this paste is taken daily.

Due to its antimicrobial, antioxidant, and astringent properties, Indian scientists from Banaras Hindu University in Varanasi also investigated the suitability of turmeric for dentistry.

We’ve known for a long time that root canal treatments aren’t exactly the cream of the crop.

They are often the beginning of the end (the permanent loss of the tooth) only that root canals delay the end for a few more years and make it even more expensive. Because the tooth usually has to be pulled sooner or later.

If you now have a root canal treatment carried out first, the extraction is only postponed by a few years.

But then you first pay for the root treatment (which is also not very pleasant) and also the matching crown. You also run the risk of a tooth focus, which can lead to chronic inflammation throughout the body.

In the end – that is, years later – you have to finally have the tooth pulled because often a tooth focus is too pronounced and leads to pain. Now it’s time to insert an implant or a bridge.

It is not uncommon for it to break into small pieces when trying to pull it out so that the tooth has to be surgically removed piece by piece, which of course represents a much greater intervention than just pulling it out.

The tooth foci (chronic inflammatory foci) that develop under root-treated teeth can contribute to diseases throughout the body – even autoimmune diseases and cancer can be the result.

If a root treatment has already been carried out and inexplicable symptoms occur, you should always think of a tooth focus as the trigger and check this – as Leonie should have done.

Leonie underwent her only root canal treatment to date in 2005, on a tooth on the right side of her lower jaw. Shortly thereafter, she became ill with bronchitis more frequently.

After a few years, her condition deteriorated dramatically. X-rays revealed an abscess the size of a cantaloupe had formed in her right lung.

The abscess was subsequently surgically removed, but the triggering pathogen remained unknown even after several sputum samples had been evaluated.

Therefore, the doctors gave her different antibiotics every day. Unfortunately, trying to eliminate the need for antibiotics with ozone therapy didn’t pay off, as it mysteriously made her condition worse.

During her second extended hospital stay, a novel technology was used to remove granulomas from the right lung and take a lung biopsy (tissue sample).

A pathogen (harmful germ) was isolated, which turned out to be a variation of an Actinomyces bacterium: Actinobacillus actinomycetemcomitans.

This bacterium usually thrives in the mouth, and doctors were amazed to find this pathogen in Leonie’s lungs!

Said bacterium can thrive in both an anaerobic and an aerobic environment, which ultimately explains why ozone therapy aggravated her condition rather than eradicating the pathogen.

Only when the tooth focus and thus the source of the bacillus had been eliminated did Leonie slowly start to get well again.

Therefore, in order to minimize the risk of tooth herds in advance, effective methods for perfect oral hygiene are urgently required, which prevent pathogenic germs from developing and multiplying – and turmeric is ideal for this.

The Indian study mentioned above describes some do-it-yourself measures for better oral hygiene, with the scientists focusing in particular on turmeric.

For example, regular rinsing of the oral cavity with turmeric water is recommended. The turmeric water is made by boiling two teaspoons of turmeric powder, two cloves, and two dried guava leaves, although the latter can also be omitted due to a lack of availability in Central Europe.

The scientists around Professor Chaturvedi recommend a powder made of roasted turmeric and ajwain to clean your teeth. It is intended to strengthen teeth and gums and keep them healthy.

To relieve pain and swelling, you can massage turmeric into the affected areas of the tooth or gum.

The researchers also write that a specific fissure seal made from a mixture of the plastic or ceramic filling material and turmeric extracts can prevent or at least reduce tooth decay.

In 2010, a study with rats was published in the Journal of Applied Toxicology, which showed that turmeric can even protect against the toxicity of mercury and could therefore also be used in humans to eliminate mercury after amalgam removal.

When the researchers gave their rats 80 mg of curcumin per kilogram of body weight over a period of just 3 days, it was observed that curcumin protected against the oxidative stress that mercury commonly triggers.

In addition, the mercury concentration in the tissue decreased after curcumin administration. The researchers concluded their report by saying:

“Our results show that the administration of curcumin – for example in the form of a daily addition to food – can protect the body against mercury exposure and that curcumin can be used as a therapeutic agent in mercury poisoning.”

Now the dose used in the rats was very high. For example, if you weigh 60 kilograms, you would have to take 4800 mg of curcumin if you transfer the dose from the study described above 1:1. In studies, however, much higher dosages are usually taken than are actually necessary to see a clear effect.

However, you could take the stated dose as a cure, e.g. B. if you have just had a tooth restoration or have a diagnosed with heavy metal exposure. The usual dosages (e.g. 2000 mg curcumin/day) are sufficient as a preventive measure.

The Turmeric Cookbook from the Center for Health

Our turmeric cookbook is a very good companion for all connoisseurs who want to eat turmeric regularly and several times a day. You will find 50 carefully developed recipes flavored with either fresh turmeric root or turmeric powder.

In the book, you will also find the 7-day turmeric cure, which shows you how you can consume really relevant amounts of turmeric every day without the taste of the dish suffering as a result. Because a pinch here and there is of course not much use. Therefore, the recipes of the turmeric cure contain up to 8 grams of turmeric throughout the day. 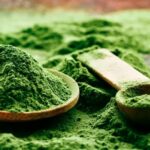 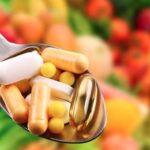