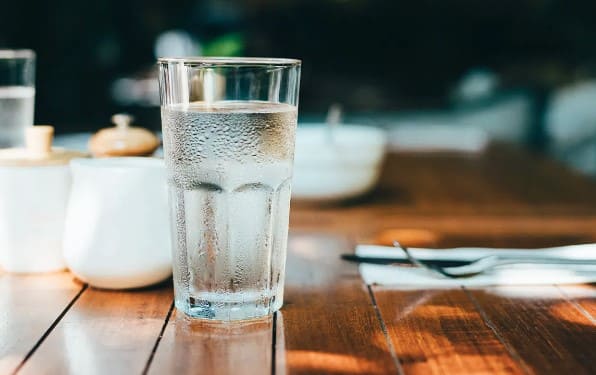 Drinking water is our most important food – provided the quality is right. With tap water or mineral water, the purity is not given; because the limits for pollutants are very high.

Drinking water from the tap

The increasing sales of beverage manufacturers and manufacturers of water filters show that an increasing number of consumers no longer trust the quality of the water flowing from their domestic faucets.

The waterworks still claim that water from the tap is safe to drink. Are beverage manufacturers and waterworks really not aware that there are substances, toxins, and germs in the water that are harmful to health, or are we – the consumers – not properly informed on this point, or are we even being misled?

Drinking water is an irreplaceable basic substance for us to maintain vital functions in the body, which is required in relatively large quantities. If we cover our water needs with tap water, the pollutants it contains can accumulate in the body and cause considerable damage. It is therefore of the utmost importance that at least our drinking and cooking water supply is guaranteed with pure, unpolluted water.

An article published in 1997 in the “Deutsches Ärzteblatt” states: “The detection of numerous anthropogenic foreign substances in the raw water and in the drinking water justifies concerns about the chemical quality of the drinking water.”

The problem with the waterworks is that only about 5% of the water they supply is used by us as drinking water, the rest is used as processed water for showering, washing dishes, etc. Waterworks must always provide water they supply in the same quality and also work economically. Every newly developed form of treatment and every modernization of the pipelines costs enormous sums. This money is usually not available.

In order to be able to maintain the supply of drinking water, numerous waterworks were already working with exemptions immediately after the introduction of the new Drinking Water Ordinance (1990); because the prescribed limit values ​​could no longer be complied with in the water they supplied. So far, many waterworks and wells have had to be closed because they could no longer cope with the flood of poison in the groundwater. In addition, the groundwater has to be fetched from ever deeper layers and far away regions.

The waterworks are also having problems with the falling pH value of the water due to the acid rain, which, incidentally, is unfortunately not reflected in the media. The drinking water becomes increasingly acidic due to the acid rain. These acids in the water increasingly attack the transport lines and in particular lead, copper, and asbestos fibers are released from them, which put a considerable strain on our organisms over the long term.

The pollutants contained in the soil are also increasingly dissolved by acid rain and get into the groundwater. The consequences of acid rain can hardly be brought under control by the waterworks, as deacidification systems are extremely expensive.

The water is cleaned, but it is then conducted at high pressure through long pipelines from the waterworks to our kitchen, where it is contaminated again. The high pressure in turn ensures that the water changes its structure, the crystalline structure breaks up and the quality of the drinking water changes negatively.

Pure, living mineral water is becoming increasingly scarce. It is recommended to buy the drinking water needs from deep springs, such as those used by the St. Leonhard’s-Quelle, Plose, or Hornberger. It is important to note that the mineral water in question – preferably still water – was filled in glass bottles.

Contamination can occur with still mineral water in plastic bottles. In an investigation commissioned by RTL-Extra in October 1995, Prof. F. Daschner from the Institute for Environmental Medicine and Hospital Hygiene in Freiburg found pathogens causing meningitis, urinary tract infections and pneumonia in 30% of the still water tested.

In addition, PET bottles release questionable plasticizers such as bisphenol A into the water. Bisphenol A is said to have a hormone-like effect that can damage our health.

Living mineral water – no matter in which form – is a solvent, flushing, and cleaning agent for our body. Contrary to popular belief, the fewer minerals the mineral water contains, the better for your health, because water with fewer minerals is better suited to cleansing the body as it has a much greater potential to absorb and flush out pollutants.

Avoid bottled water from the supermarket

Radioactive mineral water on the market

Around thirteen percent of the mineral water brands for which food watch has data contain critical amounts of uranium for infants and small children. These include well-known brands such as San Pellegrino and Perrier from Nestlé or Überking. food watch has collected uranium exposure data for more than 400 brands.

Drinking water as a commodity

According to Boris Gryzlov, head of parliament, pure drinking water could become the third largest source of income for the Russian state budget after oil and gas.

Pure drinking water can already be considered a “strategic source,” said Gryzlov, chairman of the State Duma (lower house of the Russian parliament), on Wednesday at a government meeting in Moscow. “Wars over water are already beginning,” he said. Russia has immense reserves of drinking water and must make it an export item.

The drinking water in Germany is considered to be particularly clean. And yet there are drug residues in the precious food. Experts are sounding the alarm – and are researching better processing methods.

Ten active ingredients have been proven several times, including the blood fat reducer bezafibrate, the antirheumatic drug diclofenac, X-ray contrast media, and the painkiller ibuprofen, says the renowned toxicologist Hermann Dieter from the Federal Environment Agency. Others have one or a few findings. It is not possible to state how many of the 3,000 approved active substances are found in drinking water. “It’s difficult to estimate, you can’t make scientific statements about it.” Improved methods of analysis would probably bring residues of other drugs to light in the future.

Acidic drinking water with high levels of aluminum and deficiencies in silica, calcium, and magnesium appears to be particularly dangerous because, without sufficient levels of the two basic minerals and silica, aluminum is much better absorbed by the body. At the same time, a lack of these essential substances prevents the rapid elimination of the dangerous light metal aluminum. 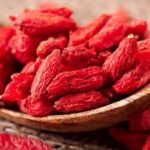 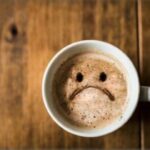