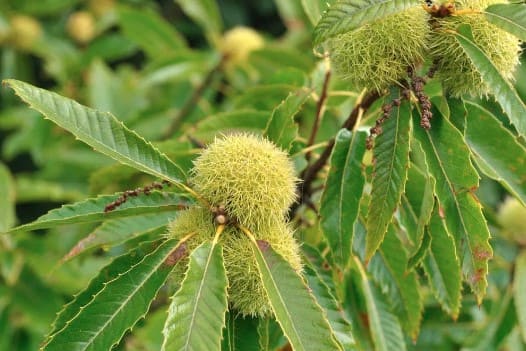 Staphylococci (MRSA) are bacteria that can be dangerous. However, they occur in more than a third of all people without making them ill. Normally, staphylococci do not cause any symptoms, but if the immune system is weakened, they can lead to numerous infections and even fatal sepsis (blood poisoning). A study has now shown that chestnut leaf extract can help with staphylococcal infections – without causing resistance.

Staphylococcus aureus is particularly common where people are supposed to get well – in clinics. Reports that more and more people are dying in hospitals from this very germ are piling up – even though their course of the disease would have given rise to expectations of a full recovery. In the US alone, it causes 2 million additional infections and 23,000 deaths every year.

The range of infections that MRSA can cause in immunocompromised people is large. Wound infections, inflammation of the respiratory tract, and blood poisoning are among the most common complications. Whether in hospitals or retirement homes – wherever there are people whose immune systems are already weakened, the germ strikes mercilessly.

The necessary strict hygiene, which could almost certainly prevent spread, usually does not take place due to lack of time and convenience. Purulent wound infections that heal poorly or not at all are the more harmless consequence of an infection. Since antibiotics are often no longer effective, people are feverishly looking for other ways to get rid of MRSA infections.

Cassandra Quave, an ethnobotanist at Emory University in Atlanta (Georgia, USA) studies plants and has investigated i.a. The effect of ingredients from chestnut leaves (Castanea sativa) on antibiotic-resistant germs.

dr Quave reported: “Traditional healers repeatedly told us how they made tea from the leaves of the sweet chestnut (= edible chestnut) and bathed the skin with it to fight infection and inflammation”. Quave and her team then found 94 substances in the chestnut leaves that were particularly active.

Further tests showed that the extracts filtered from the chestnut leaves prevented the staphylococci from “communicating” with each other. This process is called quorum sensing. It’s a kind of mutual sensing and animation to create toxins and stimulate cell division.

It has been demonstrated in the laboratory that chestnut leaf extracts blocked these staphylococcal-typical processes. The exciting thing about the study result is the realization that a large number of toxins are already prevented from developing. While pharmaceutical companies make drugs that mostly focus on destroying a single toxin, chestnut leaf extract manages to prevent numerous toxins from forming in the first place.

Even when used for more than two weeks, the chestnut leaf extract was consistently effective and no resistance was observed in the treated bacteria.

At the same time, no harmful side effects could be observed. The chestnut leaf extract had no negative effects on human skin cells or the skin’s natural bacterial flora. The research team led by Cassandra Quave has (re)discovered a natural remedy whose consistent (external) use in hospitals and retirement homes could drastically reduce, if not entirely prevent, the number of MRSA deaths.

Chestnut leaves in the medicine chest

Since an aqueous extract from plants, such as chestnut leaves here, can be easily produced by anyone at home (tea), the rediscovered strong antibacterial and wound-healing properties of chestnut leaves represent a very valuable message. So make sure that Your medicinal herb pharmacy also contains a portion of dried chestnut leaves. Because what has been used successfully by healers for decades, if not centuries, can still help to stay healthy today. 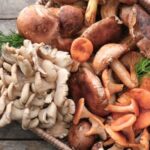 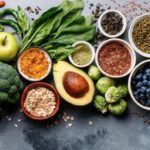