From crisp to tender

What is your favorite apple variety? The classic Boskoop or the modern Kanzi? The main thing is that it’s crunchy! We tell you the most popular apple varieties.

Once upon a time, there was a young woman who could not bring herself to taste a bright red apple. Who doesn’t know the story of Snow White and the poisoned apple? The apple itself is at least as old as the legend of the poisoned apple. Very few know old apple varieties such as Kaiser Wilhelm, flamed cardinal, and striped winter reindeer. Much better known are Gala, Pink Lady, and Kanzi.

The apple is the German’s favorite fruit. On average, we eat about 33 kg of little fruits per year. Thanks to differences we can look forward to the stone fruit for 12 months. In spring and summer, they refine salads and vegetable pans and in autumn and winter, they taste great in apple pie and baked apples.

From sweet to sour and floury to the firm – over 20,000 apple varieties are grown worldwide. Although they all come from one family, each apple variety has its own unique aroma. We tell you the most popular apple varieties.

The Boskoop is fruity and sour, has a slightly spicy taste, and has firm, juicy flesh. It is particularly good for baking. November to April.

The Braeburn is popular as a sweet tooth. It is crispy-sweet in taste and has firm flesh.

The Cox Orange has fine acidity and firm flesh. If you store it away for a longer period of time, the early autumn apple becomes slightly mellow. late September to March.

The Elstar tastes subtly sour with a juicy, crunchy flesh. late September to May.

The Gala is a very popular apple because of its sweet, juicy aroma. It tastes particularly delicious fresh after the harvest in March.

The Granny Smith has a sour aroma due to its high fruit acidity. It’s crisp, very juicy flesh is reminiscent of the scent of a Spanish almond.

The Golden Delicious is a real quick-change artist. In the beginning, it tastes firm and crunchy, but over time it becomes soft and crumbly. October to July.

The Jonagold has a fine acidity paired with an aromatic sweetness. October to July.

The Kanzi is firm, crisp, and has a fruity, juicy acidity. What makes it special is its extraordinarily high vitamin C content. October to April.

The Pink Lady tastes aromatically sweet and has firm, crunchy flesh. The tempting apple is particularly popular with children. 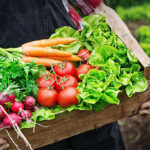