Contents show
1. What is seitan?
2. The ingredients
3. The nutritional values
4. Does seitan contain gluten?

Seitan is a popular plant-based alternative to meat and is growing in popularity. We explain to you how healthy it is and what nutritional values it has.

Consisting exclusively of wheat protein and made from a flour-water mixture that has been “washed out” in water, it is a popular meat substitute. Its origins lie in Japan, where it was invented by monks and is still an important ingredient in the preparation of tempura.
It has a consistency reminiscent of meat when bitten and can be used in many ways. Especially when you start a vegan diet, you will appreciate the meat substitute product very much. Whether as schnitzel, sausage, or roast, whether boiled, fried, or grilled, and even as “salami” on the pizza – there are no limits to your imagination if you want to eat healthy and vegan this way. It is important that the meat substitute must always be sufficiently seasoned or marinated – otherwise, it is a pretty tasteless thing.

Tip: You can make seitan yourself by mixing gluten powder with water.

There really isn’t much to say – wheat protein and water, that’s it. Considered that way, seitan doesn’t sound all that healthy, does it? After all, wheat shouldn’t be eaten as often as most people do. Nevertheless, despite the manageable ingredients, seitan has a place in healthy nutrition because it is purely vegetable and contains no unwanted additives. Even if you pay attention to a calorie-conscious diet, the meat substitute product is ideal for adding variety to your diet.

Seitan, the purely plant-based meat substitute, has the following nutritional values per 100g of seitan:

These values ​​are the reason why the meat alternative is an ideal product as part of a healthy diet – high in protein, low in calories and almost free of cholesterol, it is perfect for a wholesome diet. You have a food that can enrich vegetarian and vegan cuisine immensely.
However, the meat substitute has one disadvantage: although it contains a lot of proteins, its composition is such that it cannot be optimally absorbed and utilized by the body. The essential amino acid lysine, which is very important for the body, is missing. However, it does occur in tofu, which is significantly lower in protein.

Tip: You can easily compensate for the lack of the amino acid by seasoning your seitan dishes with soy sauce, which is very high in lysine, or by adding other lysine-rich products to your diet.

Even a lot, after all, it consists almost entirely of wheat protein. Anyone who is allergic to gluten should under no circumstances eat the vegan meat substitute. Although the meat alternative is healthy and therefore suitable for a conscious and wholesome diet, it must be avoided by celiac disease patients and anyone who wants to eat gluten-free. Spelled seitan is also out of the question if you cannot tolerate gluten. 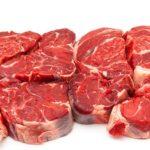