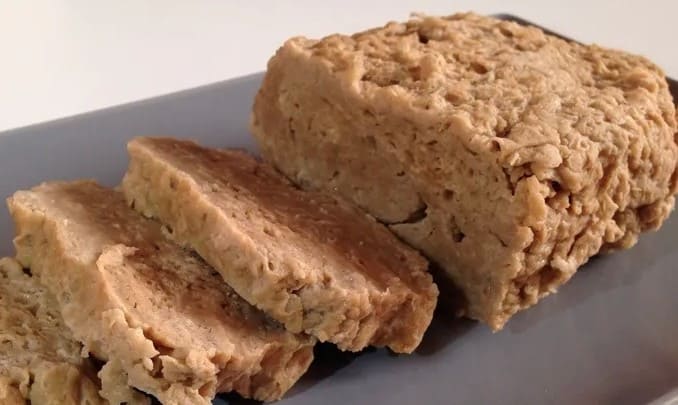 Seitan is a popular, purely plant-based meat alternative. In contrast to tofu, seitan gives the fake sausages a meat-like bite and is therefore a welcome ingredient in quite a few veggie kitchens.

Everything made from seitan – from sausages to schnitzel

Seitan is mainly found in health food stores and health food stores. There you can buy seitan pure – vacuum-sealed as a brown and rather a chewy lump, which you can then use to make fried slices or goulash-like dishes. It can also be cut into strips instead of chicken or pork and integrated into stir-fried vegetable dishes.

Of course, seitan is also available and already processed into meat substitutes, e.g. B. as chicken nuggets, gyros, schnitzel, cold cuts, minced steak, salami, etc. However, it is also very easy to make seitan yourself, as we explain below (Seitan – do it yourself). But what is seitan anyway?

Seitan is a very old food. It has been produced by Asian monks for centuries as part of their vegetarian diet and is used as a meat substitute or source of protein.

In 1962, the Japanese scientist and founder of macrobiotic nutrition, Yukikazu Sakurazawa – better known as Georges Ohsawa – brought the meat substitute onto the market. The term seitan thus comes from the Japanese.

It is composed of the two syllables Sei and Tan. “Be” can mean “life” on the one hand, but it can also simply mean “made of”. “Tan”, on the other hand, means nothing other than protein. Seitan can therefore be translated as “made of protein” or “protein of life”.

Seitan actually contains around 25 percent protein (spelled seitan 21 percent), which is a lot for a plant-based product. The amount of carbohydrates is 4 percent, but can also be higher, depending on the seitan. At the same time, with around 2 percent fat, seitan is clearly a low-fat food.

Seitan is made from gluten

Seitan is traditionally made from wheat flour. Meanwhile, there is also spelled seitan, which is made from spelled flour. The starch is washed out of the respective flour with the help of water. Almost all that remains is wheat or spelled protein. However, wheat and spelled protein consist largely of gluten. However, gluten is not well tolerated by many people. You suffer from gluten intolerance (gluten intolerance). In the meantime, gluten is even associated with many physical and psychological complaints, especially in the field of naturopathic medicine.

The problems that gluten, and therefore frequent consumption of seitan, can (partly) cause include the following:

Those affected often do not know anything about their gluten intolerance

The list above could be continued. The problem is that more and more people are suffering from gluten intolerance, but most of them do not know it and therefore cannot attribute their symptoms to any cause. If there are chronic symptoms, it is sometimes very helpful to test a gluten-free diet and see whether there is an improvement. A wheat-free diet can often be sufficient, since not all types of gluten are identical and wheat gluten or wheat, in particular, seems to lead to intolerance.

In view of the fact that gluten is intolerable for many people, it goes without saying that seitan is not a thoroughly recommendable food, especially not if certain chronic health problems are already present.

In addition, seitan can aggravate or even cause health problems not only because of the high gluten content but also – as we have already described here – because of the possible herbicide residues that conventionally produced wheat can contain.

The risk of herbicide residues can of course be minimized by exclusively using organic seitan or by making it yourself from organically grown flour. William Davis is also referred to as an opium-like substance – one cannot escape it.

Now there is also spelled seitan. Is this healthier than traditional wheat seitan?

Seitan is made from spelled

Spelled is also often referred to as ancient wheat. But there are clear differences between spelled and wheat – and it is not uncommon for people who are sensitive to wheat products to tolerate spelled quite well.

However, the proportion of the particularly critical gliadins in spelled gluten is said to be even higher than in wheat – as shown, among other things, Scientists from the Hans Dieter Belitz Institute in Weihenstephan and the University of Hamburg determined as part of a joint industrial research project. The gliadins in particular are considered to be the main cause of gluten intolerance, so that spelled seitan is not always an alternative to wheat seitan.

Ultimately, it comes down to individual tolerance as to whether seitan is an option or not. And since spelled is better tolerated by many people than wheat, gluten alone does not seem to be the cause of intolerance. Allergic reactions may also play a role here.

Alternatively, spelled is better tolerated if it is genuinely spelled and not a variety into which wheat has been crossed, which is very often the case nowadays when you buy spelled. However, if you pay attention to seitan made from the old spelled varieties (e.g. Oberkulmer Rotkorn), spelled seitan could also be an option for people who generally tolerate spelled better than wheat, with which they can occasionally supplement their diet. In this case, you can also make the seitan yourself:

Anyone who would like to live vegan or vegetarian, but cannot eat seitan due to gluten intolerance, may feel increasingly restricted because they now have to pay attention to the composition of a meat substitute.

If you then let the witch hunt for soy spoil your tofu appetite, it is not uncommon for them to go back to the tried-and-tested bockwurst. In our opinion, however, tofu is absolutely an alternative – which we will go into more detail in the previous link – so that it can easily be on the menu two to three times a week or in small quantities daily.

There are also burgers, dumplings, and balls made from vegetables, rice, potatoes, or legumes (chickpeas, lentils, peas), which make wonderful side dishes. Another alternative is meat substitutes made from lupine, a legume with very high protein content.

Jackfruit can also be a healthy meat substitute. Cooking the unripe fruit gives it a texture reminiscent of chicken. Since it also has a neutral taste, you can season it in the same way you are used to with meat dishes. 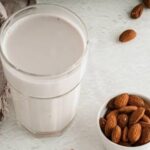 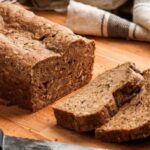