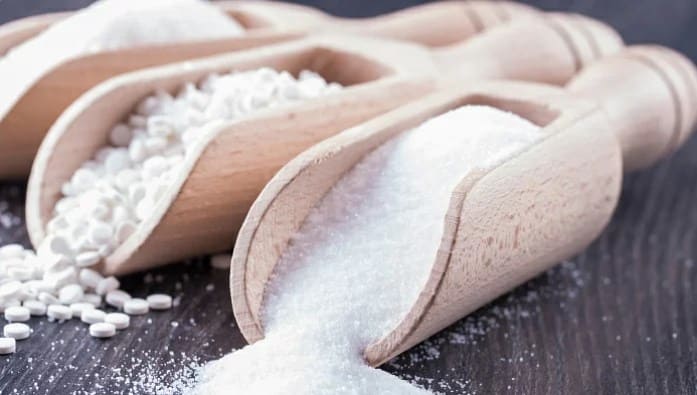 Contents show
1. Don’t chew gum if you have a migraine
2. Chewing gum gone – migraines gone
3. Overloaded jaw as a cause of migraines
4. Aspartame: A Migraine Trigger?
5. Aspartame attacks nerve cells

Chewing gum can apparently lead to migraines. But why? Chewing gum puts a strain on the temporomandibular joint, which alone can lead to headaches. Chewing gum also often contains the sweetener aspartame. Aspartame is known to cause lasting damage to nerve cells. Anyone who suffers from migraines and has previously chewed sugar-free chewing gum should therefore try it out and consistently avoid chewing gum.

Don’t chew gum if you have a migraine

For some people, migraines could have a very simple cause, as Dr. Nathan Watemberg of Tel Aviv University noted.

He noticed that most of his underage patients with chronic migraines chewed gum excessively, up to six hours a day. He then asked her to refrain from doing this for a month: and the complaints disappeared.

As a result, Dr. Watemberg and his colleagues conducted a scientific study with thirty volunteers aged between six and nineteen.

They all suffered from migraines or chronic tension-type headaches and chewed gum every day for at least one to six hours.

After one month without chewing gum, nineteen of the study participants reported that their symptoms had completely disappeared, and seven others reported significant improvements in frequency and pain intensity.

At the end of the month, twenty-six of the children and adolescents agreed to briefly resume chewing gum for testing purposes. Her complaints returned within a few days.

dr Watemberg cites two possible explanations for these results: overuse of the temporomandibular joint and the sweetener aspartame.

Overloaded jaw as a cause of migraines

The joint that connects the upper and lower jaws is called the temporomandibular joint and is the most commonly used joint in the body.

“Every doctor knows that overuse of this joint triggers headaches,” says Dr. Watemberg. So the question arises why hardly any doctor considers a jaw problem or the chewing gum that caused it as a reason for migraines…

Treating this disorder would be simple and harmless: Heat or cold therapy, muscle relaxation, and/or a teething splint from the dentist usually help – as does, of course, not chewing gum.

Another factor that could contribute to the harmful effects of chewing gum is the sweetener aspartame, which often sweetens chewing gum, but also soft drinks and many diets and light products.

Aspartame can have a neurotoxic effect, so it is – in the right amounts – a neurotoxin.

As early as 1989, US scientists found in a study with almost 200 participants that aspartame can trigger migraines. Almost ten percent of the test subjects reported that consuming aspartame led to a migraine attack in them.

Such an attack usually lasts one to three days, but in isolated cases, it can last for more than ten days.

Another US study from 1994 also showed that aspartame could increase the frequency of migraine attacks by about ten percent.

Headaches, like migraines, are neurological diseases, so they are related to the nervous system.

In a scientific paper by the Polish University of Life Sciences from 2013, the researchers involved showed how specifically aspartame can damage the central nervous system.

The sweetener is metabolized in the body to phenylalanine, aspartic acid, and methanol.

However, an excess of phenylalanine blocks the transport of important amino acids into the brain, which in turn leads to a disturbed dopamine and serotonin balance – a condition that can also be observed in migraine sufferers.

Overexcitation, however, will sooner or later lead to degeneration and ultimately death of the nerve and glial cells in the brain.

It is therefore not surprising that the neurotoxin aspartame is also able to trigger migraines.

Anyone who suffers from chronic migraines should therefore first avoid chewing gum as far as possible, also have their jaw joint checked, and look out for possible aspartame additives when buying finished products and drinks. 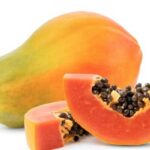 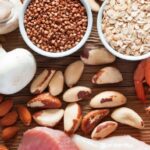