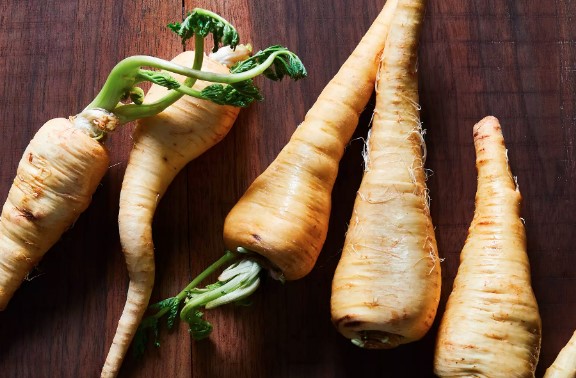 Confusingly similar and yet so different: parsnip and parsley root. What’s the difference? At first glance, there are hardly any differences. Yet they exist. We explain how the two types of vegetables differ and how you can tell them apart in the supermarket!

Although parsnip and parsley root can hardly be distinguished at first glance, there are differences in appearance, taste, and origin.

Parsley root and parsnip already look almost identical in shape. There is hardly any difference in color either. Both are brownish yellow. If you take a closer look, you can see that parsnips have a much thicker head. They also grow up to 40 cm longer than the parsley root. This is usually around 20 cm long. Another difference lies in the leaf base of the vegetable root. While this is clearly sunken in the case of the parsnip, the leaf base of the parsley root is curved outwards.

The two types of vegetables can be distinguished better by their taste than by their appearance. Parsnips are very reminiscent of carrots with their spicy aroma. Due to their comparatively high sugar content and the resulting sweet taste, they are particularly popular with children.

The parsley root, on the other hand, lives up to its name and tastes very strongly of parsley. For this reason, it is particularly suitable for soups and stews.

Due to their delicious sweetness, parsnips are increasingly found in baby food.

Even if they look confusingly similar, the root vegetables are not the same in terms of origin either. The parsnip has its origins in Europe, Asia, and Siberia. The parsley root, on the other hand, originally comes from the Mediterranean region. Both roots are now cultivated worldwide.

In addition to the differences, there are also characteristics that the root varieties have in common. Especially in their season and ingredients. Furthermore, parallels can be found in their diverse preparation options.

Despite all the differences, there are also similarities. Both the parsnip and the parsley root are grown worldwide from September. Both can be found in supermarkets until around March/April.

Parsnips and parsley root are not only a good match in terms of taste. They are even real power food. They contain essential oils. For this reason, they have a calming effect on the stomach and promote digestion. They also stimulate kidney activity, which means that eating the roots can have a diuretic effect. In this way, the body rids itself of unwanted toxins. Parsnips also ensure greater resilience. With 26 mg magnesium per 100 g, they strengthen our nervous and muscular systems. Combined with the high vitamin C content of the parsley root, our body is also well equipped to fight a cold.

Both the parsnip and the parsley root can be cooked, but also eaten raw and are therefore super versatile in their preparation. Enjoy the delicious roots as:

Try our parsnip puree or our delicious parsnip soup and see for yourself. 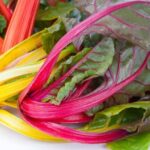 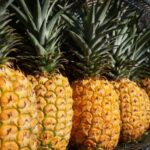