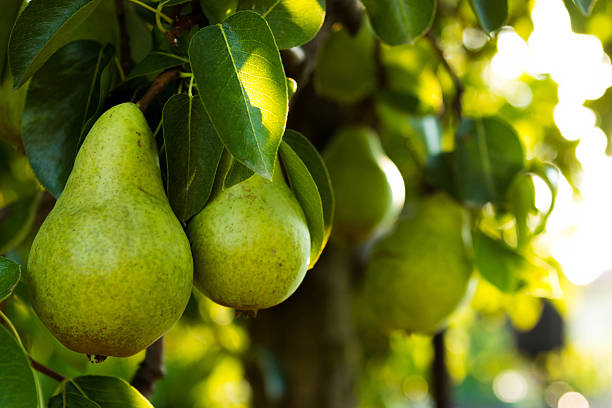 Pears are not only good for snacking, but they are also ideal for cooking and baking, for example, juicy fruit cakes. In addition, the sweet fruits are very digestible. They are in season in the fall.

While weekly markets and supermarkets offer a large selection of apples, the range of pears is usually much smaller. Often only one or two varieties are available. Several hundred varieties grow in Germany alone, but only a few are cultivated commercially. The most common are Alexander Lucas, Conference, Abate Feel, and Williams Christ. There are also regionally distributed varieties – in the north, for example, Clapp’s darling or the mayor’s pear.

The cooking pears are to be distinguished from the table pears. They are very firm and rather small, but they don’t taste good raw. Only when they are cooked do they become soft and develop a nice aroma. The cider pears, which are also small, are ideal for squeezing the juice out of them. They often grow on meadow orchards.

Don’t buy pears that are too ripe, otherwise, they have to be consumed immediately. It is best to use fruits that are still a bit firm, they will continue to ripen at room temperature. This is particularly quick if you put them next to apples, as they give off the ripening gas ethylene. A pear is ripe when it gives way slightly when the end of the stem is pressed and smells aromatic. With some varieties, the color also provides information about the degree of ripeness: If a green pear turns yellow, it is already very ripe. You should not leave the fruit for too long, otherwise, it will become doughy.

If you want to keep pears for several days, it is best to store them in a cool place or in the refrigerator. Summer and early autumn pears like Gute Luise, Gellert’s Butterbirne, or Williams Christ can only be stored for a relatively short time, autumn and winter pears like Alexander Lucas or Conference can be stored for up to two months.

Pears are very versatile. Instead of just eating them raw as a snack or in a fruit salad, they are also very suitable for cooking and baking. A dessert classic is Pear Helene, where the cooked fruit is served with chocolate sauce and vanilla ice cream. Pears also taste great in savory dishes, for example, a tarte flambée or pizza topping in combination with goat’s cheese, gorgonzola, or walnuts. Poached pears go well with game dishes. A North German specialty is pears, beans, and bacon. If you want to process a lot of pears, for example from your own tree, you can use them to make the compote, jam, or jelly or boil them down. The late varieties are particularly suitable for this.

Pick your own pears

Some fruit farms, for example in the Altes Land, offer visitors the opportunity to pick their own pears. Pear trees also grow in some public orchards. A particularly large number of old varieties can be found in the Haseldorf orchard: everyone can pick and try them there free of charge. If you have a garden, you can plant your own pear trees. This does not necessarily require a lot of space, because there are also small varieties or the possibility of growing the trees on a trellis.

Pears are low in calories

Incidentally, pears are also very healthy: they are rich in vitamins and fiber. They are also well tolerated by people with sensitive stomachs because they contain little fruit acid. With only 54 kilocalories per 100 grams, pears are also a figure-friendly snack. 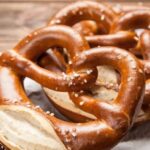 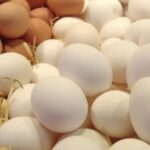