The pak choi is related to the Chinese cabbage. The cabbage, also known as pak choy, pok choy, or bok choy, differs from this in its slightly mustard-like taste and appearance. It is more reminiscent of the chard known in this country.

The Pak Choi, also called Chinese mustard cabbage or leaf cabbage in Germany, forms loose heads with a rosette structure like a petiole vegetable with dark green leaves and light-colored leaf veins. Thus, it is more similar to the chard. Both the green leaves and the white stalks of the pak choi are edible. Variants of the classic pak choi include the baby or mini pak choi, which have smaller heads, and the Shanghai pak choi, which is characterized by green leafy veins. This type of cabbage is still mainly grown in China, Korea, and Japan. In Europe, Pak Choi has been cultivated in the Netherlands and, to a lesser extent, in Germany since the turn of the millennium.

Both the leaves and the veins of the leaves are suitable for consumption. Before preparation, you should remove brown spots. The leaves of the pak choi are sensitive to heat, so the cabbage should not be steamed or fried for too long. As part of wok dishes such as Bami Goreng, it should only be fried briefly so that it does not lose its color or consistency. Raw, the cabbage variety is also good for salads or as a side dish.

Eat the pak choi as soon as possible after buying it, as its leaves wither quite quickly. It will keep crunchy in the fridge for up to two days, best wrapped in a damp cloth. It is used, for example, in our tasty pak choi vegetable stir-fry. 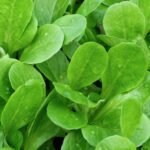 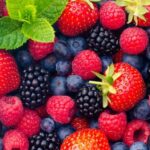