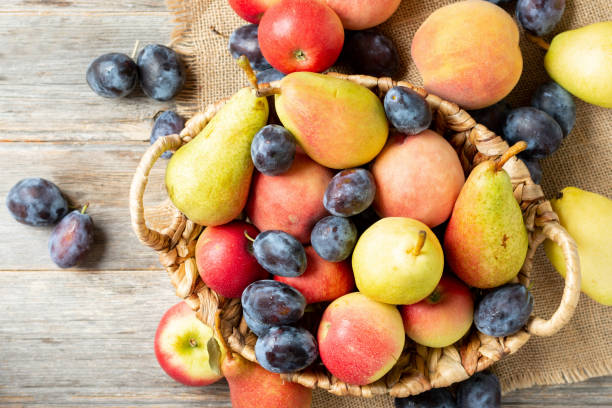 The summer and autumn months represent the typical fruit season in the home garden. However, with a sophisticated combination of different types, the harvest season can be greatly extended. Early and late fruit varieties from different groups set the framework.

In spring, the supply of fresh fruit from our own harvest is sparse. The rhubarb heralds the fruit season in the garden because its stalks are ready to be harvested from April to June. From May, strawberries will join the selection of fruits whose main season lasts until July.

Tricks for an early strawberry season

The harvest season of one-bearing strawberry varieties for the home garden can be brought forward with a trick. Before planting, cover the bed with black mulch film and plant the plants in cross-shaped slots. Place a flat foil tunnel (€119.00 at Amazon*) over the strawberry plants. In this way, the soil warms up faster, which speeds up development. So-called Frigo strawberries are ideal for year-round cultivation. They reliably provide fresh fruit eight to ten weeks after planting and can be harvested from April to November.

The summer months are the typical season for berries that are easy to cultivate. June is the beginning. The first cultivated blueberries can be harvested this month and deliver aromatic fruits until September. At the same time, raspberries come up with a rich harvest. Currants and gooseberries have a similar harvest window, which opens from June to August.

This term refers to the harvest time for cherries, with a cherry week comprising 15 days. The ‘Earliest of the Mark’ marks the start of the cherry season, which starts around the first of May. The first harvest date varies from region to region. Environmental conditions and care are decisive for full ripeness. The main season for the cherry harvest extends from June to August. A cherry tree can usually be harvested over seven weeks. If the fruit can be easily detached from the stalk, the drupes are fully ripe.

When stone fruit is in season:

At the end of summer, the first damsons and plums indicate that the autumn season is about to begin. In late summer and in the autumn months, pome fruits such as apples and pears are in high season. Both types of fruit are in season from August to October and need as many hours of sunshine as possible for the fruit to ripen. While table apples are characterized by their good shelf life, table pears should be eaten immediately.

Winter apples are varieties that are harvested from October to November. Their shelf life during storage is at least two months. ‘Wintergoldparmäne’, ‘Weißer Winter-Calville’, and ‘Schöner von Boskoop’ are common storage varieties that ripen late for consumption. 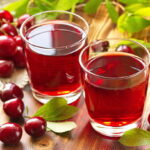 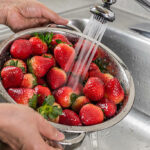