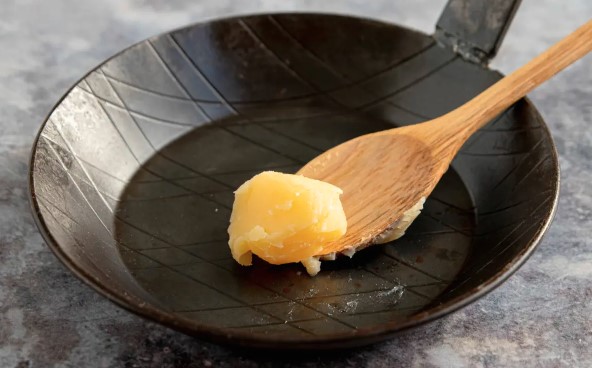 Roasting often gets hot. But by no means every fat is suitable for such high temperatures. We educate you about good and bad fats for frying.

Vegetables, fish, lean meat, and egg dishes should only be fried at moderate heat. The following fats are ideal for this.

You can also use butter for frying if only to sauté vegetables. For example, onions can be fried wonderfully translucent with animal fat. However, it is not suitable for very high temperatures, as it starts to smoke at 150° due to the milk proteins it contains.

Tip: Good alternatives to butter are clarified butter and ghee. In these related products, the manufacturers have already removed the milk proteins so that they have a smoke point of around 205°. As a vegan, you can use plant cream as an alternative.

Margarine has a smoke point of 160°C, which is rather low compared to other fats. If you want to use vegetable fat for frying, be sure to use a moderate temperature. Shortly before the toxic acrylamide forms, the fat turns brown. Then you should reduce the heat immediately.
Many people with high cholesterol value margarine because of its numerous unsaturated fatty acids. However, most of these are lost during frying. Only as a spread does your body benefit from the valuable omega-3 acids.

Note: Margarine (and also butter) have high residual water content. This means there is an acute risk of splashing when you heat them up in the pan. Be careful not to burn yourself.

If it has to be particularly hot in the pan, for example, to give your schnitzel a crispy breading, you need very heat-resistant fats. You can use these without hesitation.

The smoke point of lard (like refined rapeseed oil) is 205°. So you can confidently use the fat for searing, as long as you pay attention to the temperature.
Grease lard is a special form of lard. In Bavaria, it is an integral part of the regional cuisine. Manufacturers add small meat cubes, the so-called greaves, to the fat. Although the Bavarians like to use the product as a hearty spread, it is also often used to sear meat dishes or in stews.

Info: The greaves come from the time when farmers still slaughtered their cattle on their own farms. It was particularly important to use as many parts of the animal as possible. For this reason, they did not throw away the fatty tissue but heated the fatty skin together with the dermis. The fat contained liquefied and ran out of the tissue. This contracted again after cooling. Now the greaves were already made, which the farmers then mixed with the finished lard.

Coconut oil is not only very heat-resistant and healthy but also gives your dishes an exotic aroma. Since the food industry obtains the fat from the untreated flesh of the coconut, a sweetish stone fruit scent is produced when frying.

High Oleic oils are specially designed for searing. In most cases, it is sunflower or safflower oil, the crops which the farmers obtain from special breeds. The great thing about these oils is not only the high smoke point of 210°C but also the significant proportion of oleic acids of 60 to 90%. These are the healthy unsaturated fatty acids that are no longer present in refined oils. 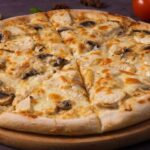 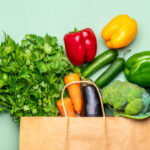