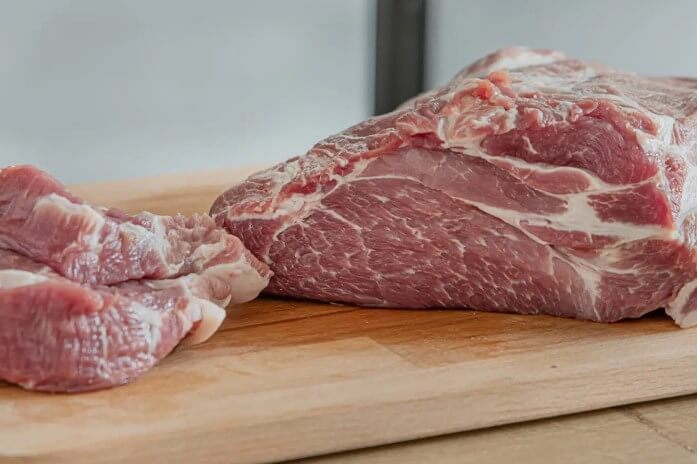 If you want to prepare a goulash, the quality of the meat is very important for the success of the dish. Beef goulash or pork goulash – we’ll show you which cut of meat you should choose.

Nice and hearty and stewed for a long time – do you like goulash as much as we do? When stewing, the meat becomes so tender that, ideally, it melts in your mouth later. So that your goulash does not become too dry or even tough and inedible, it is important that you choose the right meat. The cut of meat should never be too lean. On the contrary – meat that is a little streaky is much better than meat for goulash.

Tip: Natural gelatine is produced from the existing tendons that run through the meat during stewing. This gives the sauce, with which a goulash becomes perfect, a good binding.

It is important that you buy a piece of meat for your beef goulash that is ideal for stewing. It works best with a streaky meat

Tip: For a particularly fine and tender goulash, you can also buy the mayor’s piece of beef, which is also called the pastor’s piece.

Here, too, we recommend that you make sure that you buy pieces of meat that are nicely marbled, i.e. have small veins of fat running through them. So you can be sure of getting a tender and juicy goulash on your plate. The following cuts of pork are well suited:

If you are unsure, it is best to get advice from the specialist staff at the butcher’s counter as to which meat is best for your goulash.

Good meat is the be-all and end-all if you want to prepare a delicious goulash. Of course, you can also mix beef and pork – after all, a mixed goulash is one of the classics of German cuisine. It is best to use half beef and half pork.

Tip: You or one of your guests don’t eat pork, but you still want to cook a mixed goulash? Try it with a mixture of beef and lamb, with which you naturally also pay attention to a nice marbling.

You’ve probably already seen it at the butcher’s or in the meat aisle in the supermarket: meat already cut into pieces, often simply referred to as “goulash”. We advise against buying this meat, even if it seems very practical at first – after all, you no longer have to dice a piece of meat. However, leftovers from cutting various pieces of meat tend to find their way into this “goulash meat”. This has two disadvantages: 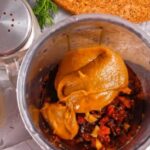 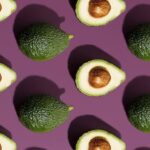