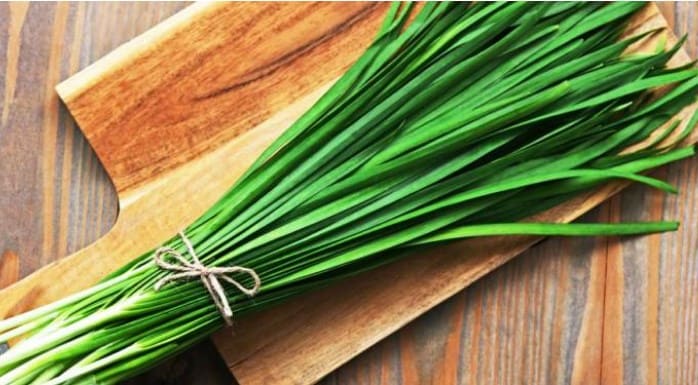 Contents show
1. Chives increase the enjoyment
2. Even the Romans valued chives
3. The nutritional value of chives
4. The vitamins and minerals in chives
5. Vitamin K reduces the risk of osteoporosis
6. Applications of chives in folk medicine
7. Chlorophyll in chives
8. Sulfur compounds and antioxidants
9. Beneficial for cardiovascular diseases
10. Blood thinning effect
11. Chives in cancer prevention
12. Chives should be fresh and crisp
13. Organic chives are a better choice
14. Always eat chives raw and fresh
15. Store in the refrigerator or freeze for three days
16. Grow your own chives
17. The different types of chives
18. Chive flowers are edible

The chives are the icing on many dishes. It was once a recognized medicinal plant. Because it has a highly positive effect on blood pressure, blood sugar, and cholesterol levels. In addition, it provides chlorophyll and healing sulfur compounds so that they can contribute to detoxification.

There are countless dishes in which the chives set the tone and are the famous icing on the cake. What would dishes like vegetable broth, spaetzle, potato salad, dumplings, or simple bread and butter be without the fresh flavor of chives?

The chive (Allium schoenoprasum), like its siblings garlic, leek, and onion, belongs to the leek family. Due to their more or less pungent aroma, they have been used in the kitchen for thousands of years. Today, chives are one of the most popular kitchen herbs alongside parsley in German-speaking countries.

In Asia, Europe, and North America, chives thrive as wild plants in cold temperate zones. For a long time, the tubular leaves were collected from wet meadows, on lake shores and river banks, and used as herbs and medicines.

Even the Romans valued chives

Even the ancient Romans appreciated chives very much. The medicinal plant was often used to relieve sunburn and sore throats, dehydrate the body, and regulate blood pressure. In addition, chives were considered a magical plant used by fortune tellers. Houses were decorated with bundles of dried leaves to ward off disease and evil from home.

According to sources, chives have been cultivated in Europe since the Middle Ages. Herb witches used the spicy leaves on the one hand to drive away ghosts and on the other hand to cure gastrointestinal complaints. But unlike the onion and garlic, the chive is now one of the forgotten medicinal plants in this country.

The nutritional value of chives

The chives contain the following nutritional values ​​per 100 grams:

The vitamins and minerals in chives

Of course, the chives also provide vitamins, minerals, and trace elements, but this is put into perspective somewhat, since very few people eat a lot of chives, but usually only a few grams.

However, you can also eat larger quantities of chives without any problems, e.g. B. a whole bundle at once (which usually does not weigh that much (about 30 g)). The chives are not poisonous and can therefore be eaten as you wish.

Chives only contain so much vitamin K that 15 g of chives is enough to cover the daily requirement. For adults, this is between 65 and 80 µg. And 15 g of chives contain 84 µg of vitamin K.

Vitamin K fulfills many important functions in the body. A study at Harvard Medical School with more than 72,000 subjects between the ages of 38 and 63 showed that women who consumed a relatively large amount of vitamin K had a roughly 30 percent lower risk of osteoporosis. Researchers from Tufts University came to the same conclusion: Vitamin K ingested with food increases bone density and helps prevent bone fractures.

So it’s surprising that there are no recommendations in this regard in guidelines for osteoporosis treatment, although the positive effect of vitamin K in terms of bone health has long been confirmed by the European Food Safety Authority.

Applications of chives in folk medicine

Chives have blood-purifying, diuretic, and expectorant effects (2). Tube leaves also have anti-inflammatory and antioxidant properties and may reduce the risk of high blood pressure and cancer, according to a study at Punjabi University in India. The researchers stated that the chives are medically important for these complaints.

In folk medicine, the chives z. B. recommended the following conditions:

In addition to the many vitamins and minerals, the sulfur compounds contained in chives, but also the secondary plant substances, chlorophyll, and essential oils are primarily responsible for the healing power and health promotion of chives.

Chives are one of the green leafy vegetables in the broadest sense and are therefore a very good source of chlorophyll. Chlorophyll is an extremely healing plant substance with antioxidant, anti-inflammatory, detoxifying, and intestinal flora-regulating properties. The plant substance protects the liver from mold toxins, helps detoxify heavy metals, and can also absorb bad odors.

The plant substance is therefore often used to treat bad breath or other bad body odors. Chlorophyll even reduces the smell of flatulence and stool, which is why the green substance is being used more and more in elderly care.

One of the most important sulfur-containing compounds in chives is isoalliin, which is also found in the onion and can cause tears to be shed when you cut it. This is because, by damaging the cell structure, isoalliin comes into contact with the enzyme alliinase, which produces the tear-stimulating substance.

Sulfur compounds have a whole range of health effects. They are said to lower cholesterol levels, blood pressure, and blood sugar and prevent arteriosclerosis, stroke, and heart attack. So it is no coincidence that leeks have been used in traditional medicine for thousands of years to treat cardiovascular diseases.

A study by Argentinian researchers has shown, for example, that leeks have a preventive effect in this regard, as they have antioxidant properties on the one hand and inhibit the aggregation of blood platelets on the other, i.e. they have a blood-thinning effect. Platelet clumping, while vital for stopping bleeding, can also lead to blood clots and, as a result, heart attack and stroke.

In addition to chives, the scientists also examined garlic and shallots. In terms of blood thinning, the latter two had the most intense effects. Chives, on the other hand, exhibited the strongest antioxidant potential thanks to their high polyphenol content.

According to a review at the Chittaranjan National Cancer Institute in India, many epidemiological studies have already shown that regular consumption of leeks reduces the risk of cancer and can have a positive effect on a number of tumor diseases, especially stomach and colon cancer. This has also been confirmed by laboratory studies.

The anti-cancer effect is primarily attributed to the sulfur-containing compounds, as these counteract oxidative stress and free radicals, regulate the intestinal flora and protect the body from cancer-causing substances. In addition, mutations in the genetic material are prevented and cancer growth and the tendency to metastasize are suppressed.

Chives also contain the phytochemicals quercetin and kaempferol (a phytoestrogen), which can also help prevent cancer. So it makes sense to increasingly include the delicious herb and its relatives in the diet.

Chives should be fresh and crisp

In Germany, the area under cultivation for chives is more than 600 hectares and is therefore almost as large as that for rockets with a good 800 hectares. Chives are usually cultivated in greenhouses and can be bought in practically any grocery store.

Make sure the tube leaves look fresh, are consistently a bright green color (and are not already turning yellow or wilted), and are free of mold and dried ends.

Organic chives are a better choice

It is best if you use organic chives. According to analyzes by the Federal Office for Consumer Protection and Food Safety, fresh herbs are among the foods most frequently objected to. In 2015, chives, dill, oregano, and rosemary were subject to increased controls. Most herb samples contaminated with pesticides came from Germany.

Buying dried chives is hardly worth it. Because when it dries, it loses a lot of its aroma and many of its valuable ingredients. The situation is similar when cooking so that the chives are best eaten raw.

Store in the refrigerator or freeze for three days

You can store the chives in the vegetable drawer of your refrigerator for about three days. If you have a large number of chives at home, you can preserve them longer by freezing them in portions, e.g. B. in ice cube molds.

Grow your own chives

If you want to have access to fresh organic chives at any time, you can cultivate them almost all year round in the garden, on the balcony, or even in the apartment on a bright window sill. The spice plant is absolutely easy to care for and can therefore even be grown by people whose thumbs are not among the greenest.

All the chives need is a sunny to partially shaded location, well-drained, loose soil, and regular watering in summer. In the garden, chives should be divided (with a spade) every three years. Potted plants are also shared regularly.

To do this, the chives are taken out of the pot and the root ball is simply cut apart with a sharp knife. The parts are then planted in new pots and watered vigorously.

The different types of chives

There are various types of chives, which differ in particular in the thickness of their leaves, but also in terms of their aroma or the color of the flowers. The beautiful flowers usually shine in pink or violet tones (e.g. the Forescate variety), but there are also white-flowered varieties (e.g. Elbe).

Fresh chive flowers are a delicacy and can be used to garnish all kinds of dishes. 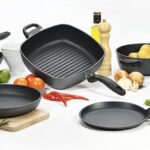 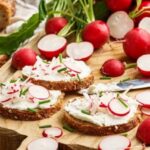